For Armenia, Iran is de facto the sole connection to the outside world. The transport routes through other neighboring countries are blocked. Yerevan fears isolation in case of a military conflict in the Gulf. 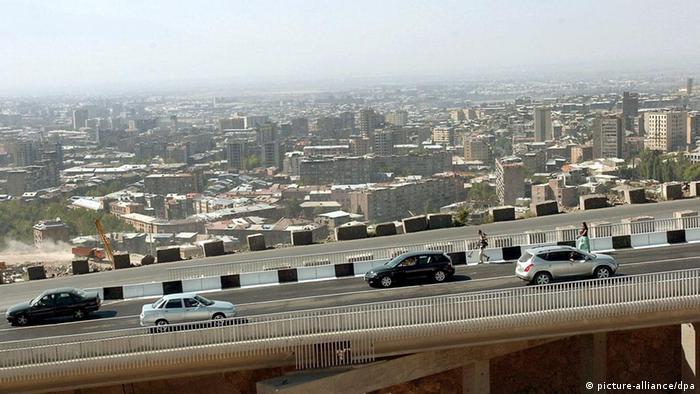 Armenia is watching the nuclear dispute between Iran and the West with growing concern. Sharper sanctions against Tehran are unsettling the government in Yerevan.

But foremost, there is fear of a military escalation of the conflict. It would impact the planned common energy and transport projects, which are vitally important for Armenia.

An intended rail line linking Armenia to the Persian Gulf, for example, would be endangered. But the construction of an Iranian-Armenian pipeline, as well as two hydropower plants on the Aras river, which runs along their mutual border, would also be put into question. These projects are important for Armenia, as they are intended to solve the country's energy problems.

All routes via Iran

At the moment, Armenia's southern neighbor Iran is pretty much the sole connection to the outside world. Relations to the remaining bordering nations - Georgia, Azerbaijan and Turkey - are strained due to serious conflicts. 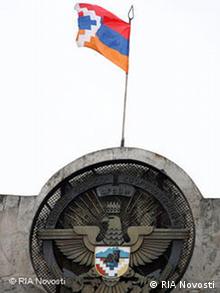 Nagorno-Karabakh is flying its own flag

Turkey and Azerbaijan are blocking Armenia because of the unresolved conflict surrounding the self-proclaimed republic of Nagorno-Karabakh. The region, which is predominantly populated by ethnic Armenians, declared independence from Azerbaijan following the collapse of the Soviet Union in 1991. The dispute over the mountainous enclave led to a war between Azerbaijan and Armenia in 1992. Since a 1994 ceasefire, it has been under the control of Armenian troops.

Armenia's transport routes to the north, to its military ally Russia, run through Georgia. But this corridor is partially blocked due to the strained relationship between Tbilisi and Moscow. The railway line through the conflict region of Abkhazia is also interrupted. Moscow recognized Abkhazia, as well as the breakaway province of South Ossetia as independent countries after the Russian-Georgian war in August 2008. Georgia, however, still considers the regions part of its national territory.

If the conflict surrounding Iran's nuclear ambitions escalates militarily, it wouldn't only threaten Armenian-Iranian economic projects. It could also lead to a flow of Iranian refugees to Armenia, observers in Yerevan fear. They estimate that 200,000 to 400,000 people could seek refuge in the neighboring country, including many of the some 300,000 ethnic Armenians living in Iran.

Gevorg Poghosyan, head of the Armenian Sociological Association, considers these figures realistic. He said that already now, people from Iran are relocating to Armenia. 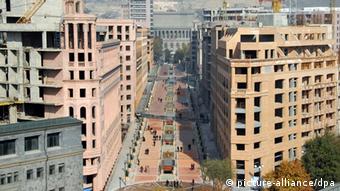 "Business circles and intellectuals are particularly sensitive to the situation in Iran," Poghosyan said. "There are entire families moving to Armenia."

The Armenian authorities are not deterring Iranians from opening businesses or buying real estate in Armenia. In Yerevan, there are Iranian banks and restaurants, a mosque and a cultural center. Many Iranians own houses or apartments in the center of Armenia's capital. According to real estate experts, Iranian nationals in the meantime hold a 10 percent share of the Armenian real estate market - and the trend is growing.

"If the situation with Iran comes to a head, the prices for houses and apartments will increase significantly," said Artem Pribilsky, the director of the Armenian Real Estate Market in Yerevan

Turkey has strongly condemned the French Senate's approval of a bill that would outlaw denying mass killings of Armenians by Ottoman Turks was genocide. Ankara's ambassador in Paris says he's ready to pack his bags. (24.01.2012)

Regional alliances have limited success in the former Soviet world

Russia's newest integration project is a customs union for the post-Soviet area. Moscow has been trying to establish strong regional groupings since the Soviet Union's collapse, but success has been elusive. (18.08.2011)

Armenia depends on an aging nuclear plant in an earthquake zone, a situation that has raised eyebrows in Brussels. Yerevan aims to close the facility by 2016, but wants to replace it with a new reactor in the same spot. (02.08.2011)