World number one tennis player Novak Djokovic says he has tested positive for coronavirus. The result makes him the sixth patient infected in an exhibition series that he organized. 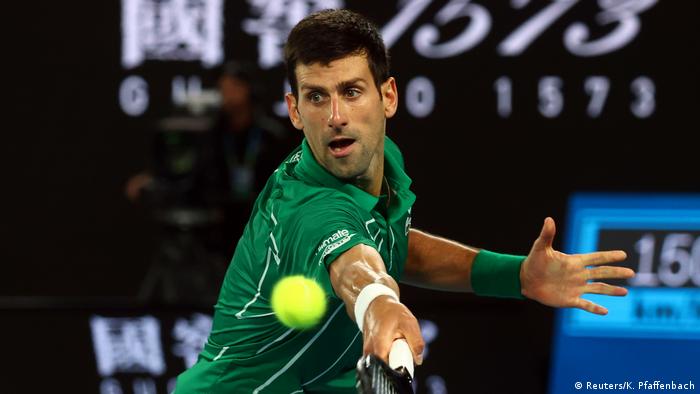 In a statement posted on his website on Tuesday, Djokovic said both he and his wife had tested positive for COVID-19 infection.

"The moment we arrived in Belgrade we went to be tested. My result is positive, just like Jelena's, while the results of our children are negative,"

Commenting on the Adria Tour, the controversial mini-tournament which saw Djokovic and several other top-level tennis players perform before packed stands in several Balkan cities, the star athlete said the competition was "meant to unite and share a message of solidarity and compassion.

"Everything we did in the past month, we did with a pure heart and sincere intentions." he wrote.

Find out more: How coronavirus is impacting sport

Bulgarian tennis player Grigor Dimitrov, Croatian athlete Borna Coric, and another Serbian tennis player, Viktor Troicki, have already tested positive after taking part in the competition organized by Djokovic. At least two of the coaches have also caught the virus.

"I am extremely sorry for each individual case of infection," Djokovic wrote.

The "Adria Tour" was to include events in Serbia, Bosnia & Herzegovina, and Croatia, but the tournament abruptly ended this weekend after Dmitrov tested positive.

Even before announcing his infection, Djokovic was slammed by the media and others for organizing a high-profile tournament at the time when most sports competitions were either on hold or played without a live audience. The participants shook hands and took photos with the fans between the games, went to party in Belgrade, and played soccer and basketball together in their free hours.

"Novak Djokovic, as the world No. 1 and president of the players' council is also a role model, a function that he has by no means fulfilled here," German women's coach Barbara Rittner told DW. "I find it (his behaviour during the Adria Tour) arrogant and ignorant when large parts of the rest of the world are trying to keep the virus under control as best they can by adhering to distancing rules."

"We organized the Tour at the moment when the virus has weakened, believing that the conditions for hosting the tour have been met," Djokovic said on Tuesday. "Unfortunately, this virus is still present, and it is a new reality that we are still learning to cope with and to live with."

The star athlete said he was not showing any symptoms and said he would stay in isolation for the next two weeks.

Serbian authorities had removed nearly all lockdown and social distancing measures by early June, with tennis fans flocking to the first Adria Tour segment in Belgrade June 12-14. Serbian authorities have since reported a jump in cases and have announced several measures would be reinstated.

Meanwhile, Croatian officials reportedly limited the number of visitors in Zadar to one-half capacity, which still saw some 4,000 visitors appear for the first day of the Croatian leg of the tournament on June 20. The news of the tournament's cancellation came just ahead of the final game between Djokovic and Russian Andrey Rublev was set to start on Sunday. The remaining two segments in Banja Luka and Sarajevo, originally set for the first week of July, will not be played.