Ten years after the destruction of Buddhist relics in Afghanistan | Environment| All topics from climate change to conservation | DW | 25.02.2011

Ten years after the destruction of Buddhist relics in Afghanistan

Ten years ago the Taliban destroyed two huge, ancient Buddha statues in Afghanistan's Bamiyan region. That eliminated more than 1,000 years of cultural heritage, and much of the region's Hindu population has since left. 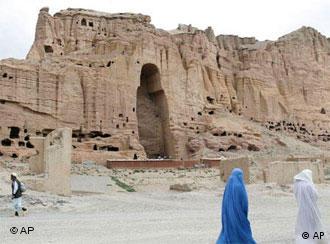 Exactly 10 years ago, on February 26, 2001, Taliban leader Mullah Omar ordered the destruction of two enormous and ancient Buddha statues in the Bamiyan region of Afghanistan. Monks who came to the region along with caravan routes connecting India and China had carved them into the face of a sandstone cliff some 1,500 years ago. Ratbil Shamel, of Deutsche Welle's Afghan service, answered questions about the situation there today.

Deutsche Welle: Can you tell me a bit about the Bamiyan area? How significant are its minority Hindu and Hazara populations? What role do they play in society there?

Ratbil Shamel: The Bamiyan region connected caravan routes between India and China, making it a significant region. It was a very interesting and important economic center, which is what brought these monks to the region. Also, Bamiyan has plenty of water and good soil for agriculture. So they carved these Buddha statues into the sandstone cliff along with very many living quarters. According to some sources they created as many as 900 living units.

Also, Mongol tribes settled in the region and were eventually converted to Islam. Those are the people we call the Hazara today. Over the years the region was intentionally left undeveloped to undermine them, and people still live in the cliff dwellings today. Since the fall of the Taliban, Bamiyan has experienced a kind of rebirth.

The Buddha statues themselves were never considered by the local population as religious icons. To them, they were just a part of history which had always been there. The people themselves never tried to destroy the statues.

What was the significance of Mullah Omar's edict that the statues should be destroyed?

For the Taliban, Mullah Omar is the "Emir" and therefore the leader of all believers in the world. They are anything but modest. And if the leader of all the world's believers delivers a religious edict, then all Muslims are obliged to obey. Of course, the people of Afghanistan didn't do so - the statues were part of their culture. Taliban fighters did it. They destroyed more than a thousand years of cultural heritage.

How much of an effect does this ideology have on the Afghani population? 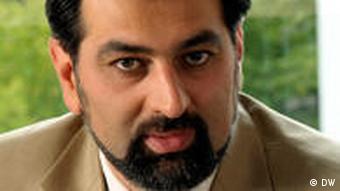 Even today Mullah Omar's followers believe his word is final and above everything else. If he orders suicide bombings or the destruction of schools, then the population will suffer from that. It's a very large problem.

How much religious tolerance exists in Afghan society today as a whole?

The fact that Hindus are actually the original inhabitants of the region who never gave up their religion - that is not accepted with tolerance amongst the population. Hindu children struggle in schools, their families have difficulties with the authorities and the government either won't or can't protect them. Tolerance towards Hindus has dwindled with 30 years of war, and many of them are leaving the country, as the Jews did.

People are leaving Afghanistan. So how close is the link between the country and its immigrant diaspora?

All of the refugees who have fled Afghanistan maintain a very close link with the country, because they are often the ones who are supplying their families with money. Without them, many families would be completely without means. There are hardly any Afghans in exile who have no link to Afghanistan. At the very least they are usually supporting family members or former neighbors.

What kind a societal impact does this have on Afghanistan?

It has enabled thousands of families to send their children to school. Also, relatives in exile send home books and try to chat with their family over the Internet. This in itself has a positive impact, because it means less people are willing to believe radical propaganda telling them that people in the West are immoral enemies of Islam wanting to destroy Afghanistan's pride.

How have the Afghan people's conceptions of what Islam is - and how it should be practiced - changed as a result?

The biggest change is that people recognize that the Taliban and al Qaeda have nothing to do with the reality of Islam. Islam is a peaceful religion, and we lived for hundreds of years in harmony with our neighbors - whether they were Hindus or others.

The average Afghan has a background of Sufism, which preaches to "live and let live." The radicalization and politicization of Islam began after the Soviet invasion of Afghanistan in 1979, when it was presented as an alternative to the "godless communists."

People now are less under the influence of Taliban propaganda - and they have less faith in the Taliban - because they've seen what that vision of Afghanistan's future looks like. That could change if the development of the country doesn't succeed at all. But they want peace, because it's something most of them have never experienced. The absolute majority of Afghans don't know what it means to live in peace; they only know that it's something they feel a deep yearning for.

The Hidden Treasures of Afghanistan in Bonn

In Bonn, a unique exhibition has opened its gates. Until October 3, artifacts from the Afghan National Museum in Kabul are on display. Preserving them during the civil war has not been an easy task. (10.06.2010)

A European Union-led mission is making rapid progress in the training of Afghan police officers. But the fledgling police force will likely require international support beyond the end of the mission's current mandate. (16.02.2011)