DAY OF THE GIRL CHILD

At only 16, Nigerian-American Zuriel Oduwole has already met 28 presidents, is the youngest filmmaker in the world, and a passionate activist for educating African girls. She tells DW what drives her. 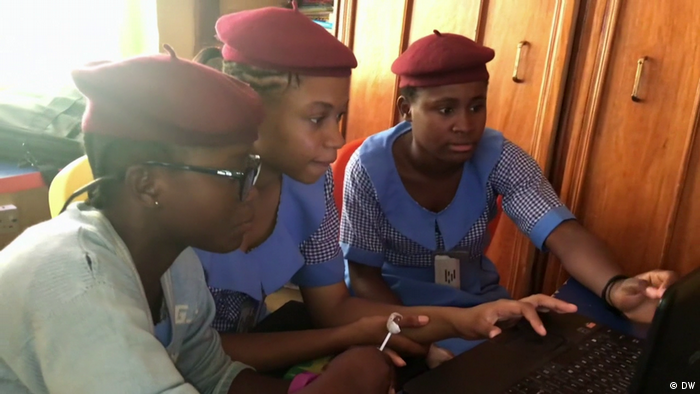 Forbes Magazine lists Zuriel Oduwole as one of Africa's most influential women. Her Dream Up, Speak Up, Stand Up (DUSUSU) project aims at encouraging African girls to get an education. She is also a budding filmmaker and the brains behind the DUSUSU Awards which recognizes first ladies and gender ministers who do more to promote the education of girls.

DW: Zuriel, how did you manage to achieve all this at such a young age?

Zuriel Oduwole: When I was nine, I entered a national competition here in the United States on behalf of my school. Basically, students were asked to create a documentary on a revolution that happened in history. A lot of my fellow students were doing things, either in the United States, in Europe or even Asia, so I thought how about I do something different and do a documentary on the African continent.

I did a lot of research and I found out that the Ghana revolution was one of the most successful held on the continent. So I decided that would be my topic. So I went to Ghana to shoot some scenes for my documentary but also I was there to meet with president Jerry Rawlings because he was the one who started the revolution.

While in Ghana for that film project, that's when I first saw with my own eyes girls who are just like me, similar ages. I saw them out on the streets instead of being in school and getting an education. So when I got home from that trip I took some time to think about what I can do to maybe try and help get those girls back into school.  When I was 10 years old, I started my Dream Up, Speak Up, Stand Up project and that's my education program where basically I try to get more girls on the African continent into schools.

Why are you passionate about Africa and you were not even born there?

Well you are right. I wasn't born there. I was born here in California, I'm an LA (Los Angeles) girl, born and raised. But I also have roots from the African continent. My dad's side of the family is actually from Nigeria and my mom's side of the family is from Mauritius, countries in African. So I have roots there. But then also, as I mentioned when I went to Africa – specifically Ghana – for my documentary that's when I first saw the issues of girls not being in school and getting an education. So that's why I started on the African continent.

As the world celebrates the International Day of the Girl Child, do you feel that somehow the boy child is being ignored?

I wouldn't say that at least not in my projects. I'm not ignoring the boy child. Whenever I go and speak to students in different countries, I make sure to speak to both boys and girls. 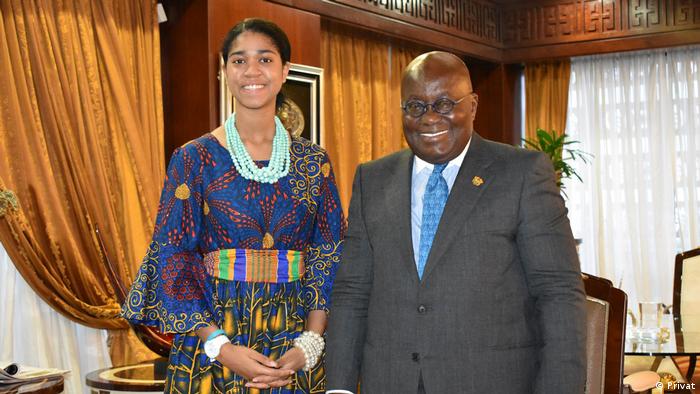 There was an instance where I went to speak at a school in Nigeria. After I spoke, one of the boys was asked to give feedback on the event and he said that seeing me up there, it showed him that he no longer thinks at his local level in the community but he's now thinking internationally and globally. So no, I wouldn't say that we are leaving boys behind. It's just been that for the longest time girls have been left behind. And this could be because there are not enough resources for girls to be able to go to school and get an education. And also it could be for cultural reasons as well. Girls do need help to catch up to the same level that boys are right now, especially in regard to equal opportunity whether it's education or any opportunity that comes up as they get older.

Your latest project is grooming girls in filmmaking. Tell us more about it.

I first started it when I was 13 years old in Namibia, and that was just my pilot project. I taught some girls and youth – 25 and under. I taught them some basic filmmaking skills because I believe that education isn't just learning in the classroom, it's also about learning skills that you can use to benefit yourself. And so because I'm a filmmaker, I can teach other youth in Africa to tell their stories. And if they can, make a living off of filmmaking.

So I started in Namibia and I've now done it in Ivory Coast, Nigeria, Ghana, Kenya  and Ethiopia. Those are just a few countries where I have done this entire project. And the coolest part is the first filmmaking class that I did in Namibia when I was 13 years old. Just nine months after that first class, one of the girls who attended actually created her first documentary on her country to tell a children's story and she was even shopping around a local news network too which I think was really cool. It encouraged me to continue because it shows that the filmmaking class that I'm doing is having an impact on the lives of the youth I'm teaching.

I'll continue with my filmmaking class because I've seen the successful stories. I will continue to teach students how to tell positive African stories and also to tell their own stories. I'll also continue with my DUSUSU Awards to recognize African first ladies and gender ministers. I am going to continue speaking with presidents and prime ministers about the importance of education and trying to get more girls into schools.

Children were deprived of clean water and basic healthcare in armed conflicts, leading to preventable deaths, a study showed. Conflicts accounted for seven percent of all child deaths in Africa. (31.08.2018)

In South Sudan, internally displaced persons are given sanctuary in UN Protection of Civilians (POC) sites. These refugees include unaccompanied children. Nonviolent Peaceforce is one organization trying to help them. (28.01.2016)