Children were deprived of clean water and basic healthcare in armed conflicts, leading to preventable deaths, a study showed. Conflicts accounted for seven percent of all child deaths in Africa. 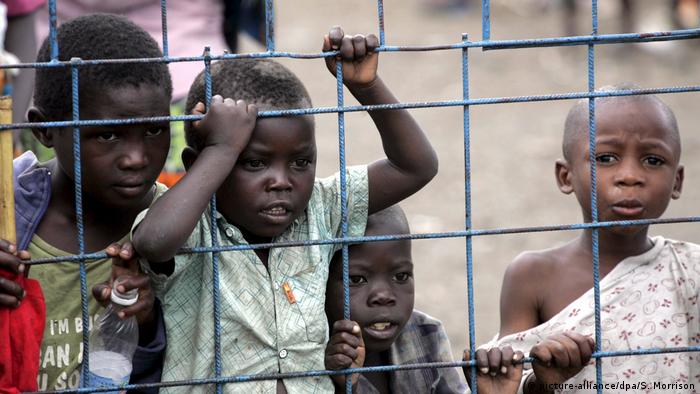 A new study published on Friday found that as many as five million children in Africa under the age of five died as a result of armed conflict between 1995 and 2015. Approximately three million of them were infants aged 12 months or younger.

The research was carried out by scientists and published in The Lancet medical journal. The analysis showed that children died from preventable diseases, as armed conflict deprived them of access to clean water and basic healthcare.

"The impact of war generates a series of lethal but indirect impacts on communities caused by potentially preventable infectious diseases, malnutrition, and disruption of basic services such as water, sanitation, and maternal healthcare," lead researcher Eran Bendavid from Stanford University said in a statement.

The study looked at nearly 15,500 conflicts in 34 of Africa's 54 nations over two decades and examined data on conflict-related deaths, live births and child mortality rates.

Conflicts were found to have a substantial impact on child mortality, accounting for around seven percent of all child deaths. Infants born within 50 km (30 miles) of conflict had a greater risk of dying in their first year compared to those born in conflict-free years within the same region.

When conflict-related violence increased in intensity, the researchers found that the risk of infant death increased to around 30 percent. Infant mortality rates were four times higher in conflicts lasting five years or more, the study found.

Read more: 'It is not enough to feel sad' for children in war

This higher risk of child death was still prevalent even at a distance of 100 km from a conflict, and children born up to eight years after conflicts had subsided still faced the risk of death.

"Conflict appears to substantially increase the risk of death and stunting for young children over vast areas and for many years after conflicts have ended," Bendavid explained.

The researchers hoped that the findings would stress the toll that conflict takes on children, and the importance of "developing interventions to address child health in areas of conflict."

Babies born in countries with poverty, conflict or weak institutions are dying needlessly because of a lack of basic care, a report found. As many as 80 percent of newborn deaths were said to be preventable. (20.02.2018)