'It is not enough to feel sad' for children in war

UNICEF's youngest Goodwill Ambassador Muzoon Almellehan is making a renewed appeal to global leaders to put education on the top of their agenda. She tells DW millions of children in crisis need everyone's support. 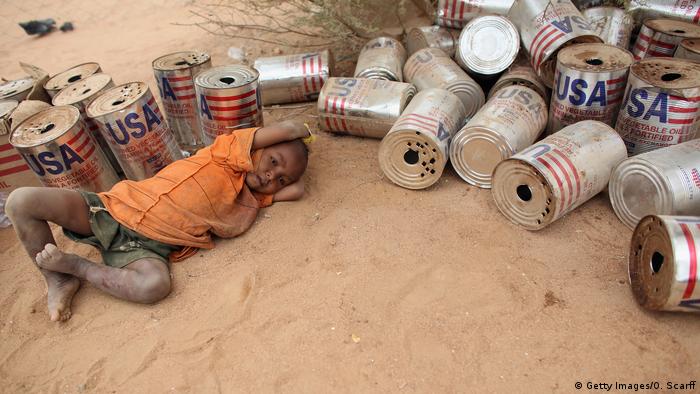 19-year-old Muzoon Almellehan is a Syrian refugee and an education activist, who has been campaigning for children's education in emergencies since she was forced to flee Syria in 2013 with her family. Muzoon started her campaign in Jordan, where she was living as a refugee in camps for three years, including 18 months in Za'atari.

As part of a UNICEF-supported back-to-school campaign, she first advocated for more girls to go to school in August 2013 and went from tent to tent speaking with parents of children who were at risk of child marriage or early labor. Over the next two and a half years she became synonymous with standing up for the rights of children, particularly girls, to stay in or go back to school. She accompanied Nobel Laureate Malala on two visits to the camp.

DW:You havemet a couple of people at the G20 summit, what did you make of these meetings?

Muzoon Almellehan: Actually, the meetings were really important to me, to tell the world leaders that we need education more than anything else. I told them to put education in their top agenda because education is something that cannot wait.

We have to work in education more and dedicate more funds for the right to education and to help children who are abroad and living in emergencies. And, of course, Africa is the biggest part where most children cannot go to school.

You met with German Chancellor, Angela Merkel, who put Africa at the core of the G20 summit and is also pushing the rest of the world to do more. Did you talk about anything in relation to Africa?

Sure, I spoke with her about all children, including children in Africa. As you know, I recently had a trip to Chad, where I met many girls and boys who cannot go to school. 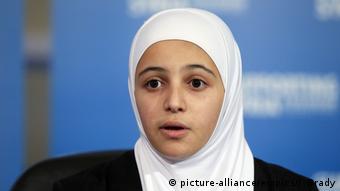 [Merkel] is a wonderful person, and she really wants to help. She said they will do as much as they can to help refugees, [especially] with their education. It was really helpful and I can expect more.

Germany is a really positive country that helps refugees and gives opportunities. We need to see more world leaders following the footsteps of Germany.

Apart from the serious issues, what other casual things did you two talk about?

Actually, she asked about my background, my country before the war and also what I am doing right now, about my study, which was really important.

How did the war in Syria affect you personally?

I left my country because of the war, our lives changed upside down. When the war began, we had to flee our homes, we lived normal lives like others and we were going to school. My dad was working, I was playing with my friends and Syria was a wonderful country. Actually it was our country, which we love, where we were born. But when the war began, we had no choice but to flee our homes and that was really difficult for me.

When we arrived at the refugee camp, we had to start a new life, start everything from zero and lived in a place where there was no electricity. You were going to live in a place completely different from where you come. You had to try to make new friends, new relationships while living in tents and fetching water from distant places. It is challenging but I actually didn't care much about that. I cared much about my education.

When I found out that I could continue my education in a refugee camp, that moment changed my life. I started my own mission to encourage those who felt hopeless and they didn't want to go to school

In Chad, you saw a number of refugees affected by the Boko Haram crisis. What did you learn from these refugees and how did your trip inspire young girls your age about education?

First of all, I'm proud that my first field trip was in Chad, it was a wonderful opportunity and a great experience to put a spotlight on the difficulties that children are facing in Chad and the challenges that's preventing them from being able to go to school. 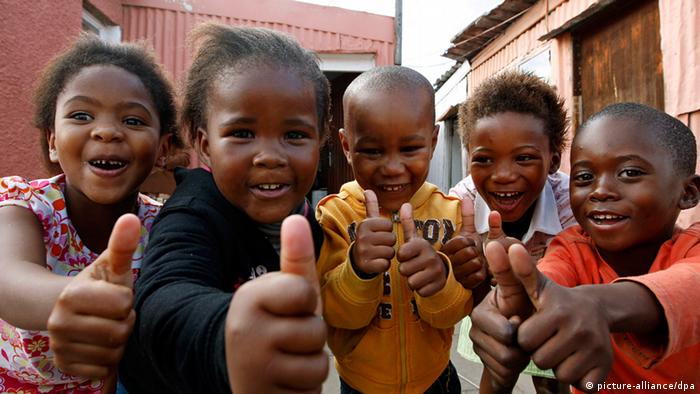 Nearly 7 million children are uprooted in Africa, according to UNICEF

I was really sad, as well, when I saw children that cannot go to school, children they don' t have food to eat, children who were uprooted from their countries, where they are forced to flee their homes from Nigeria and other neighboring countries.

Conflict has a very bad impact on children and when children are moving within Africa, where they cannot go outside of Africa and it is really hard for them to have opportunities. I met many girls and boys. For example, I met a girl, who is 16 years old and was kidnapped by Boko Haram in front of her school in Nigeria. She then spent three years with Boko Haram under exploitation and bad treatment. She managed to escape and now she is living in the Lake Chad area, where she is receiving treatment.

Her story touched me a lot and I felt really sad. But I found something really powerful that that girl wanted to go back to school, she wanted to learn [despite] all the challenges that she faced in her life. I see a wonderful future for the generation of children in Africa who are getting educated.

They are really passionate about their dreams; they are really passionate about their education. People really want to learn, so we have to stand with them and help them to have those opportunities and those children, like me, like you, they need better lives, so we have to give them these better lives and don't put them in difficult situations. When I visited Chad, I learned a lot and personally, the children motivated me a lot.

It is not enough to feel sad. It's true I felt sad, but I feel like sadness isn't enough, we have to take action and that's what I am trying to do as a goodwill ambassador for UNICEF. I am trying to use my  voice to talk to world leaders, people who can help those children and to tell them about those children, they are not only refugees, they are not only immigrants, they are people who want opportunities, we need to give them education,  because education gives stability, gives skills, for rebuilding their countries in future.

Do you think world leaders are listening to what you are saying?

Well, actually they are doing many things for education, but it is still not enough. They have to put education at the top of their agenda. [The world leaders] have many issues to discuss like politics, economies and climate change. But for me, education should be first, because education is the way to tackle all the challenges and all the difficulties.

I would love to send a message not only to the world leaders of the G20 countries, but also to leaders in Africa. They have more responsibilities; they have also to help children of Africa and try to do as much as they can to help children now. 7 million children are uprooted in West Africa, so it is really big crisis. They have to also work harder for their children.

That figure is quite shocking; do you think African leaders are actually doing enough to tackle some of the issues affecting kids?

Yes, actually, but there is still a long way to go. I know sometimes to change something is not easy but it is also not impossible. We need solidarity from the world as whole, to be together, to stand together, to use our voices and to try to work with African leaders to help their children.

Personally, I don't represent myself. I am proud to represent all the children across the world, because it is my mission and I will do as much as I can to help them personally. I would also love to tell others to help, because actually, I alone cannot do anything. We need voices of all people, all together, and then we can do a big impact.

Muzoon is currently completing her first year of A-levels in Newcastle, United Kingdom, where she has been resettled with her family. She is the youngest UNICEF Goodwill Ambassador ever appointed and offers a powerful, credible, authentic voice on education in emergencies. She is also a No Lost Generation (NLG) campaign champion for UNICEF Middle East and North Africa.

Most recently, in April 2017, she travelled to Chad with UNICEF to meet refugee children forced to flee unspeakable violence. During the six-day visit, Muzoon saw the impact of the Boko Haram insurgency on children's education, reminding her of her own experiences four years ago when she was uprooted by the Syria conflict. She made a strong connection with the children she met including a 16-year-old girl who was abducted by Boko Haram outside her school in Nigeria at the age of 13 and was drugged, exploited and abused for three years before fleeing to Chad. Muzoon also met children who are able to get an education for the first time, and community members who, like her once, are taking huge risks to get children into school. On the last day of the mission, Muzoon delivered an emotional speech at a university in N'Djamena to an audience of 300 female university students.

South Sudan's civil war has forced over 1 million children to flee the country while another million are internally displaced, UN agencies say. Officials have warned that the future of an entire generation is at risk. (08.05.2017)

The trauma of war doesn't end for refugee children when they reach a safe country. In Germany, the psychological effects of the war may influence their daily behavior and have a negative impact on their future. (23.05.2017)

Fighting between rebels and government troops in East Congo most of all affects children and youths. They risk missing out on an education, warns World Vision. (06.07.2017)