Technology that helps us fall asleep

Slept well last night? Lucky you! 10 to 15 percent of all people have trouble sleeping. Dutch researchers have set out to help the insomniacs. They have come up with devices, mobile apps – and even a sleep robot. 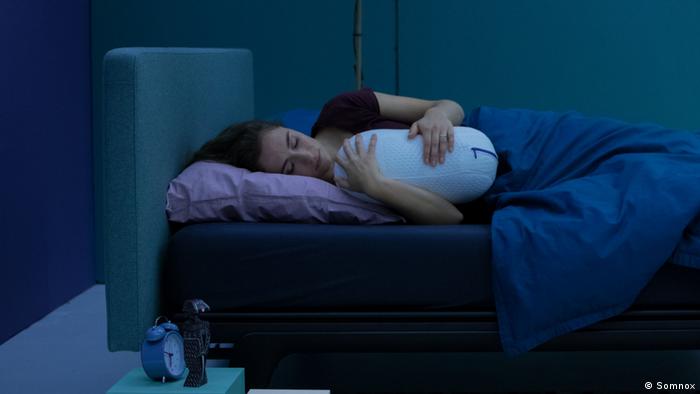 If you have trouble sleeping, Julian Jagtenberg and his colleagues might have something for you: the world's first sleep robot.

"It's like a huggable teddy bear," Jagtenberg, a robotics engineer, says while taking the robot into his arms. Its name is Somnox.

It's nothing more than a peanut-shaped pillow – but heavy and with a lot of technology stuffed inside. You can cuddle it; it plays meditative music; when you turn it on, it says ‘good night' in Dutch; and most importantly, it breathes - just like a cat lying beside you.

The pillow's surface rises and falls as if it is alive - this is an essential feature, Jagtenberg told DW. "It makes you synchronize subconsciously to the breathing rhythm of the robot. And we can have you breathing like a Buddhist monk in, like, a minute.”

Julian Jagtenberg and his colleagues invented Somnox at Delft University of Technology in the Netherlands, for quite personal reasons, he says.

"My own mother was suffering from sleep deprivation. She couldn't perform during the day, she lost her job, she lost her friends and she had to take addictive medication. So I thought: why not put our robotic skills to the test and create a sleep robot?" 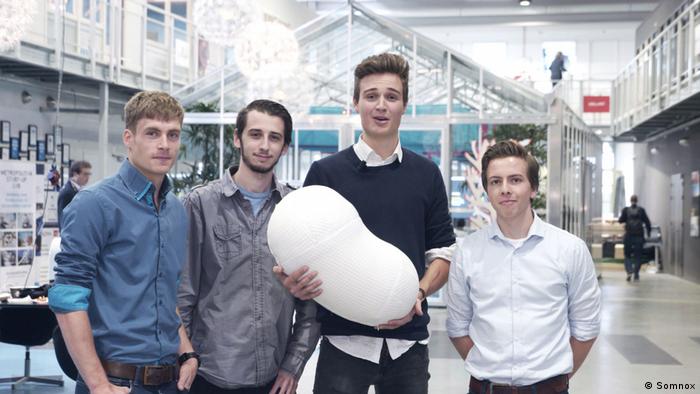 The robotics engineer and his colleagues have founded a start-up company to bring the sleep robot onto the market.

But Jagtenberg is not the only researcher busy trying to cure insomnia. Sleep technology is a new trend in the Netherlands. Numerous mobile apps have been developed, trying to tackle people's sleeping difficulties.

Some of them, such as Sleeptracker, measure how long and how well you sleep.

The idea behind it: a motion sensor in your smartphone detects your body's movement during the night. Using the data, the app calculates how well you slept: how many hours you were awake, how long you spent in light sleep, in deep sleep and in REM sleep - the phase during which we typically have vivid dreams.

It gives you a breakdown of your sleep the next morning. "It's a funny gimmick of course, but first of all: the data is not reliable,” cautions Taco Bos, founder of the sleep therapy practice "Slaapmakend” in Amsterdam. If you really want to know those things, you need to invest in more expensive equipment – or go to a sleep lab. 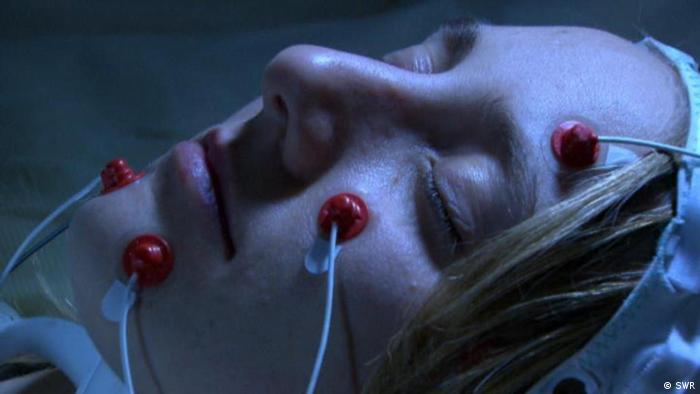 Sleep therapists are worried that such apps could do more harm than good.

"If you make bad sleepers more aware that they sleep too little then this might only magnify the problem,” Taco Bos says. "If the app tells you what you already know without offering any solutions, it doesn't help at all."

Some apps, though, do offer solutions - even though some of them might seem counterproductive at first.

Get out of bed!

The mobile app Lyla Coach is a so-called virtual sleep therapist, developed by researchers at the University of Utrecht. Based on your sleep diary, which you fill in for a week, the app will let you know at which time to go to bed and when to get up.

"Imagine you only sleep five hours each night,” Robbert Jan Beun, computer scientist and project leader at the University of Utrecht, told DW. "Then the system will tell you: go to bed at midnight and get up at 5am." It aims to reduce the time you lie in bed. The method is called bed-time restriction.

But wait: you sleep too little, so you're not allowed to spend anymore time in bed? Indeed - Taco Bos confirms that this is a method that really helps insomniacs. "Tossing and turning about in your sheets and staring at the ceiling will make you associate your bed with misery," he says. "In order to break through this association, it is important that insomniacs spend less time in bed." 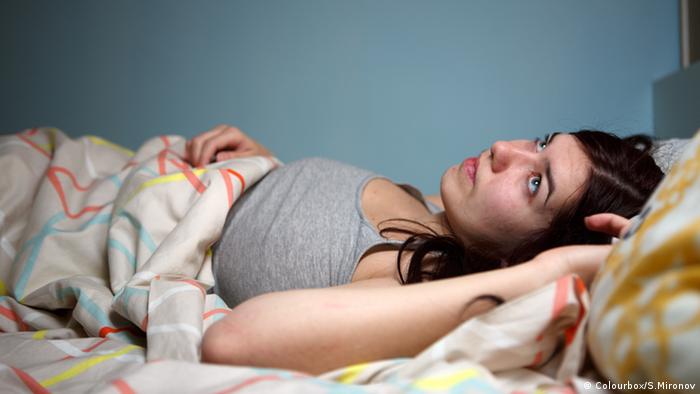 Often, people are tired enough the next night to fall asleep as soon as their head touches the pillow – and that does the trick in the end. But why would you need a mobile app for that? According to its developer, Robbert Jan Beun, Lyla Coach will help people stick to their new bedtime schedule.

That's because it aims to have a conversation with you about your schedule, in a Whatsapp-style way. "When people can negotiate with the system, they are more motivated because they have more autonomy," Beun told DW.

A mobile app might not be as good as a sleep therapist, Beun adds, "but the app costs only a few euros instead of several hundred for therapy. So it's worth trying."

At the Delft University of Technology, researchers developed yet another way to help insomniacs. Their new device is designed to help patients who suffer from sleep apnea – a medical condition that causes you to stop breathing for several seconds repeatedly throughout the night.

The condition is due to your tongue dropping against the back of your throat and blocking the air flow, thus waking you up. The next morning, apnea patients feel tired and worn out. But it can only happen when they sleep on their back.

A small device called Night Balance, worn as a belt around your chest, will remind you with gentle vibrations to not sleep on your back and to turn around if you roll over. The gadget is now sold by the Dutch multinational company Philips. It's clinically proven to be effective and is prescribed by doctors in the Netherlands, France and Germany.

Do we need technology in the bedroom? Taco Bos: "If it helps you sleep, why not?"

Back to the robot

But what about Somnox, the breathing sleep robot? Does it help as well? There are no clinical trials yet, meaning people will just have to see for themselves.

"It can certainly help people with mild sleep disorders, " sleep expert Taco Bos believes. "The robot can help you to breathe more slowly, which is a very good way to relax." This is what they teach their patients at Bos' sleep therapy practice. "For really bad sleepers, though, people who've had persistent sleep problems for years, I wonder if it's enough," he adds. According to Bos, severe insomnia is often caused by multiple factors which makes it so hard to cure.

Unfortunately a trial to test out the robot for Deutsche Welle failed. The robot prototype refused to work and basically died for the entire period of testing. 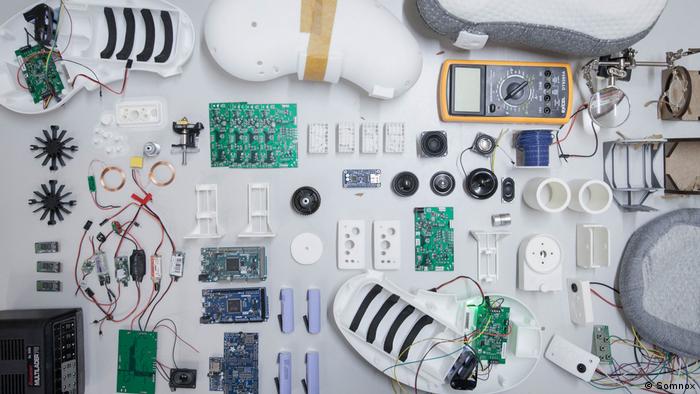 But Somnox will certainly find customers. A cuddly thing that breathes and hums next to you in bed appears to attract a lot of people - particularly women. Jagtenberg admits that it's been mainly women who have contacted them to pre-order a Somnox. "For women, it is more acceptable to sleep with a teddy bear than for men."

But the company already has plans to expand its audience. "Maybe we'll make a Harley Davidson edition - then men will also go to bed with it," Jagtenberg jokes.

We definitely can't wait to see that one. In the meantime, meditation and relaxation exercises are another – and much less expensive – way to help you fall asleep.

What does shift work do to your health?

Sleeping pills have a bad reputation. They're said to be dangerous, addictive, and to be avoided at all costs. But for people with chronic insomnia, chemical assistance is often their only hope. (29.08.2013)

The nightmare that just won't go away

Keeping sleep simple: how one Swiss craftsman is taking on the $15bn mattress industry