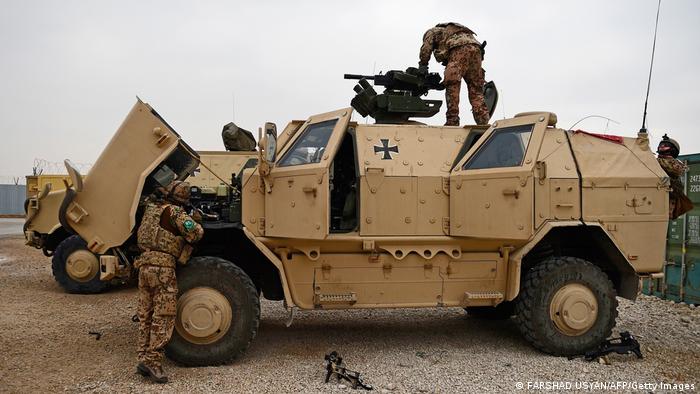 NATO has made no decision on whether or when to pull out of Afghanistan, the military alliance's Secretary-General Jens Stoltenberg said on Thursday.

However, the Taliban have increased violent attacks, and the so-called "intra-Afghan" talks with the government have gone nowhere.

"We are faced with many dilemmas, and there are no easy options," Stoltenberg told journalists after talks between defense ministers in Brussels.

"If we stay beyond May 1, we risk more violence, more attacks against our own troops," he said. "But if we leave, then we will also risk that the gains that we have made are lost."

In an interview with DW on Thursday, German Defense Minister Annegret Kramp-Karrenbauer warned there could be further instability if NATO forces stayed past that May 1 deadline.

"What's clear is — and this is what the Taliban have announced — that with the decision not to leave the country by April 30, the threat level will rise, significantly rise — for the international troops and also for us," Kramp-Karrenbauer said.

Taliban must do more to reduce violence: German defense minister

Kramp-Karrenbauer added that the German military in Afghanistan is preparing "how to react" to the deteriorating security situation "in the appropriate way."

Attacks in Afghanistan, including a bomb that killed the deputy governor of the capital, Kabul, in December, have prompted calls for a delay to the pullout agreed when Donald Trump was US president.

Stoltenberg said the Taliban must live up to commitments.

"NATO's goal is to ensure that Afghanistan never again becomes a safe haven for terrorists that would attack our homelands," he said.

US to review progress

US Secretary of State Antony Blinken held talks with Afghan President Ashraf Ghani earlier on Thursday to discuss how the Biden administration would review the accord’s progress. 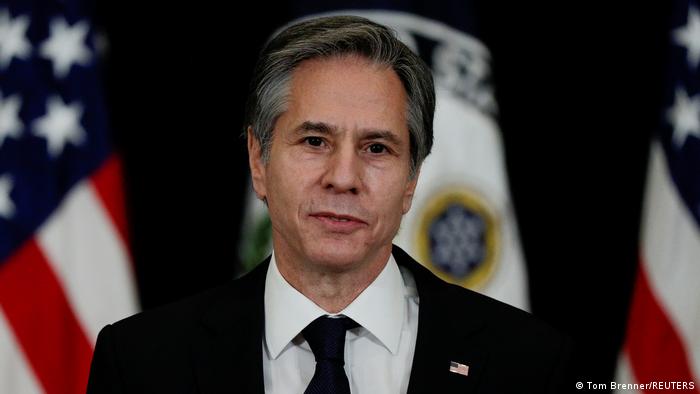 The United States invaded Afghanistan in the wake of the September 11, 2001 attacks in order to stop the country serving as a haven for international terrorists. NATO allies and partners followed after.

Close to two decades of bloody conflict have claimed the lives of more than 40,000 Afghan civilians, and cost hundreds of billions of dollars.

The Taliban has continued carrying out attacks in various parts of the country despite the start of direct peace talks between the internationally backed Afghan government and the militants in Qatar in mid-September.

As NATO countries mull leaving Afghanistan, the alliance said on Thursday it would boost numbers for its training mission in Iraq from 500 to some 4,000.

Officials said the goal is to expand training activities for the country’s security forces.

"Our mission is at the request of the Iraqi government," NATO chief Stoltenberg said. "It is carried out with full respect for Iraq's sovereignty and territorial integrity."

Defense Minister Kramp-Karrenbauer told DW that the increase was timely, given worrying signs on the ground in recent months.

"The message for Iraq was quite clear: Neither is the Islamic State defeated — it has been pushed back in the region but it remains active, and in the last few weeks more active than before," Kramp-Karrenbauer said.

"And also, Iraq's security forces are still in a very fragile situation. And therefore we want to contribute to the stability of Iraq — as part of the NATO mission and particularly with support and training for security forces — and in that way do our part in the fight against IS."

She added that she was "very happy" that the Bundestag parliament, which must approve any German overseas military engagements, had signaled a willingness to support the plan.