Taliban surge in Afghanistan: EU and NATO in state of shock | Europe | News and current affairs from around the continent | DW | 16.08.2021

Taliban surge in Afghanistan: EU and NATO in state of shock

Following the Taliban's recapture of Afghanistan, NATO and the EU have largely remained silent. The national governments are the ones reacting. 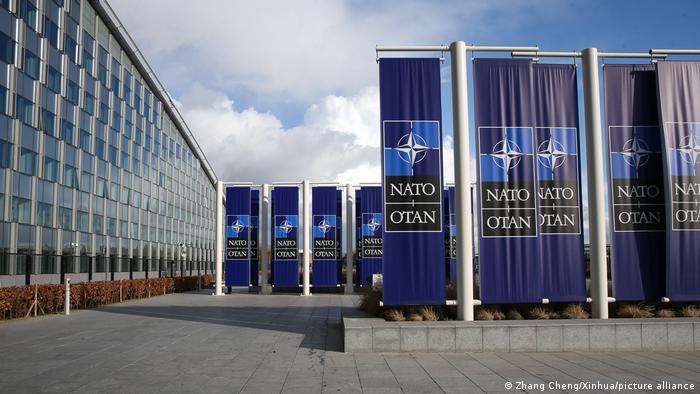 EU diplomats appear to have been caught unaware by the Taliban's advance and the rapid collapse of the Afghan government. On Thursday, EU foreign policy chief Josep Borrell urged the Taliban to "immediately resume substantive, regular and structured talks," and agree to a cease-fire. He said the EU encourages "the Islamic Republic of Afghanistan to settle political differences, increase representation of all stakeholders and engage with the Taliban from a united perspective."

Two days before the fall of Kabul, that seems a bit clueless.

A request to guarantee the safe and orderly withdrawal of all foreigners and Afghans wishing to leave the country followed on Monday morning. It was signed by representatives from the EU and from parts of the international community. Chaotic scenes at Kabul airport, however, show that only military evacuation is still an option; civilian air traffic has been halted. A special EU foreign ministers' meeting was called for Tuesday afternoon.

Complaints, warnings from the European Parliament

The president of the European Parliament is urging a united EU response. "The country needs a lasting and inclusive political solution that protects the rights of women and allows Afghans to live in safety and with dignity. Asylum must be granted to those in danger of persecution," David Sassoli wrote on Twitter — a statement that also seems strangely belated. 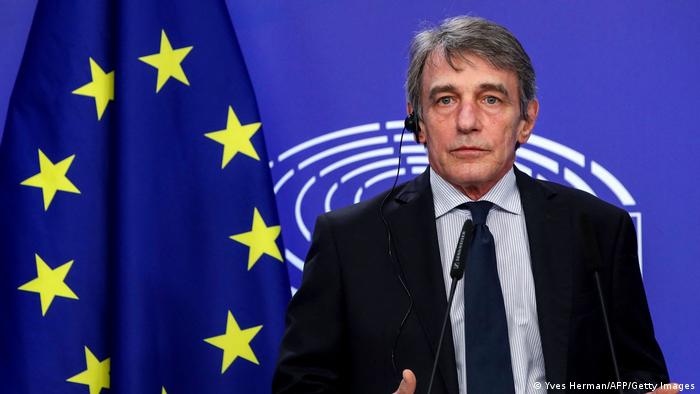 The foreign policy spokespersons of the center-right European People's Party (EPP) in the European Parliament have urged that more people be brought to safety quickly. "In addition to the Afghan local forces of the German armed forces, for example, teachers, doctors, mayors and women's rights activists have also held the torch of peace, freedom, democracy and human rights high in Afghanistan," Daniel Caspary and David McAllister wrote in a statement, adding that the EU must step up humanitarian aid in the region to avoid a surge of refugees to Europe: "We must now do everything we can to ensure that those fleeing get protection close to home."

The Greens are demanding that, at the least, the EU must now rescue the approximately 600 local personnel who worked in the EUPOL police mission, for the EU delegation in Kabul and the ECHO humanitarian aid mission — including their families. "Europe must live up to its responsibility for the local staff of the EU missions. Instead of acting quickly, the EU Commission and national governments are arguing about responsibilities," said Sven Giegold, a Green Party spokesman and lawmaker. He urged setting up an airlift for EU personnel.

Dacian Ciolos, spokesman for the Liberals in the European Parliament, called for a special summit of EU governments and a meeting of the EU Parliament. Afghanistan's "descent into darkness" must be urgently discussed, he said, in order to find a unified humanitarian and diplomatic response. "The international community must come together to protect those fleeing persecution," he wrote on Twitter.

'Some people won't get back'

Security committee meetings were called in several European NATO countries on Monday, including the UK, Belgium and France. The military alliance's headquarters in Brussels, however, is silent.

On Monday, British Defense Secretary Ben Wallace announced a speeding up of procedures for civilian workers, saying, "Where the rules need to be changed, they will be changed." The plan, he said, is to evacuate 1,200 to 1,500 people per day until August 31 while Kabul airport is still under Western control.

“Some people won't get back," he said. "It's sad, the West has done what it's done, and we have to do our very best to get people out and stand by our obligations." He added that only Afghans who make it to Kabul have a chance to be flown out.

A German Foreign Ministry spokesman said it was unclear how long the evacuation of Kabul will be able to continue. In a Christian Democratic Union (CDU) party presidium meeting on Monday, German Chancellor Angela Merkel reportedly spoke of "bitter hours," saying the government identified some 2,500 local forces in Afghanistan, in addition to about 2,000 human rights activists and lawyers plus their families — a total of about 10,000 Afghans — who needed to be flown out, months ago.

In cooperation with the United States, Germany is now evacuating people. "We could not perform such a mission without the help of the US," Merkel said. For women and the many Afghans "who chose progress and freedom," she said, what is happening now are "bitter events." The chancellor made it clear the German armed forces were dependent on the US concerning the rapid withdrawal from Afghanistan.

The plan is to continue evacuations for as long as possible, with special forces and paratroopers doing a dangerous job in Kabul, according to Defense Minister Annegret Kramp-Karrenbauer. Soldiers from previous Afghanistan missions were "shocked at what is happening," she said. 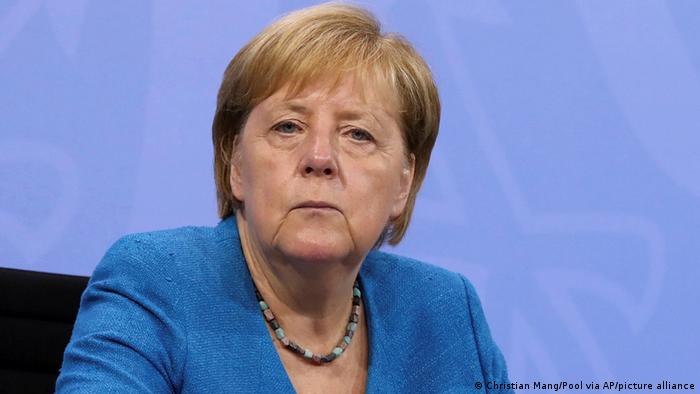 Many European countries, including Sweden, the Czech Republic, the Netherlands and Italy, have flown out their diplomatic staff and some relief workers. The French National Defense Council held an emergency meeting earlier Monday; President Emmanuel Macron plans to deliver a televised address in the evening. Human rights activists, journalists and artists with ties to France are to be flown out, along with embassy staff and Afghan personnel, in an airlift to Abu Dhabi.

The French government is not alone in fearing a new refugee crisis if millions of Afghans were to make their way to Europe. Greek Migration Minister Notis Mitarachi has already declared that his country will not be a "gateway for a new refugee wave."

A year ago, the Taliban regained control of Afghanistan following a US troop withdrawal. The 20-year war started and ended with the Taliban in power, despite billions of dollars spent trying to rebuild the country.

Afghan evacuees whom the US had said would be temporarily housed in Kosovo are still there a year later — with no way out. Teri Schultz shares the story of one man who says he is treated more like an inmate than an ally.