Many Afghans and Pakistanis have little faith in their countries' judicial systems. The dispensation of justice is slow and expensive. More and more people are turning to parallel systems, including the Taliban courts. 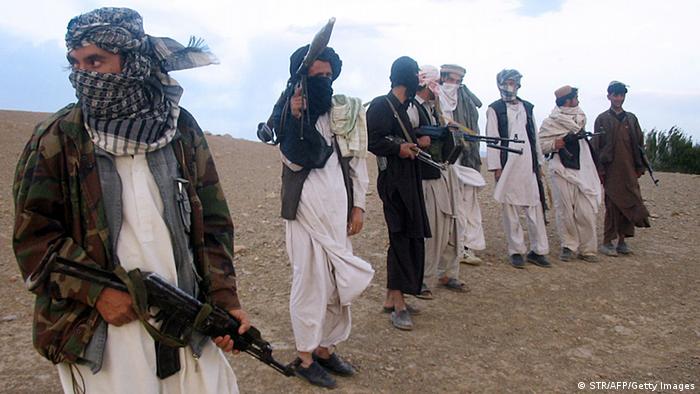 Mohammad Dawood, a resident of Chanjer village in the southern Helmand province of Afghanistan, was dragged to a Taliban court over a land dispute by one of his relatives. "There were a number of Taliban members who listened to both of us. We were given a fair chance to tell them our side of the story. After that they made their ruling," Dawood told DW.

"We did not appeal the ruling as both of us had willingly agreed to appear in their court," he said, adding that the Taliban were fast and fair in their rulings which are based on Shariah law, and that people did not have to bribe judges.

"In the mainstream judicial system, people face many problems - they have to spend a lot of money and wait for years for a verdict," the 48-year-old said.

The New York Times recently reported that many Afghans believed the Taliban's quick and tradition-rooted rulings were their best hope for justice. 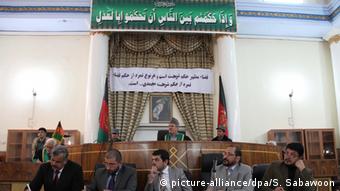 The formal judicial system in Afghanistan is corrupt, expensive and slow

"The Taliban run a parallel justice system. The movement has designated pro-Taliban members of the clergy as district and provincial judges (qazis), supervised by a Taliban chief justice and head of appeals court. The judges base themselves in madrassahs or Taliban military bases, either in Taliban-controlled parts of Afghanistan or in Pakistan, while the shadow chief justice is based in the Pakistani city of Quetta," Michael Semple, Visiting Research Professor at Belfast's Queen's University, told DW.

The international community has spent millions of dollars to strengthen the judicial system in Afghanistan over the past decade. Yet analysts say the system remains inefficient and corrupt. "People's trust in the courts is limited. Some of the reasons for this are corruption - in most cases perceived corruption - and the lengthy process of trials and lack of familiarity with how things work within the formal justice system," Belquis Ahmadi, an expert on rule of law in Afghanistan at the United States Institute of Peace (USIP), said in a DW interview.

But Ahmadi believes the main issue is not whether more and more Afghans are turning to the Taliban to seek justice: "The one or two cases referred to in the media do not represent the wishes of millions of Afghans. The problem is that the Taliban control a larger part of the country than the government does today," hence the people have no choice other than seeking justice from the Islamists.

Wadir Safi, a lecturer at the University of Kabul, says the mainstream judicial system in Afghanistan is a hotchpotch of Shariah law and other international covenants, hence ineffective. "A university graduate in Islamic studies can work as a judge in Afghan courts. There are judges who have only studied in madrasahs and have no university degrees," Safi told DW.

Frustrated with a corrupt judicial system and an incredibly slow dispensation of justice, some Afghans are turning to "Taliban courts." DW talks to analyst Belquis Ahmadi about why Afghans lack faith in their judiciary. (05.02.2015)

Rights groups have criticized Pakistan's decision to lift a ban on capital punishment as the South Asian country moves to execute terror convicts. AI's David Griffiths tells DW the death penalty is not the answer. (18.12.2014)

Semple is of the view that growing sectors such as industry and commerce and international trade all require a sophisticated and modern legal system which Taliban 'qazis' are simply not equipped to deliver. "The Taliban courts are rudimentary and cannot somehow replace the formal justice system," he said.

The situation is not very different in the Pashtun-dominated areas across the Pakistani side of the border. There is a similar lack of faith in the country's Western-inspired judicial system. The provincial courts, which are mostly based in Peshawar and other big cities, are too far away from small towns and villages. The dispensation of justice is too slow – normally takes many years – and is extremely expensive for a majority of people, who seek cheaper and faster justice.

"I have visited Pakistan's northwestern towns many times. People long for the old system where the central government dispensed quick justice through its representative in the areas - the Walis - albeit for some that system too was too modern," Sartaj Khan, an expert on Pakistan's tribal areas and Afghanistan, told DW.

Khan said the main issue was not whether the people trusted the Taliban or preferred their system over the one offered by Islamabad, but their longing for true justice. "In Swat, for instance, the struggle for an alternative judicial system has been the main motive behind the Taliban uprising. The region's middle classes and poor people consider the present judicial system a legacy from the British colonial era which was inherited by the Pakistani state in 1947. They believe the system can only safeguard the interests of traditional Pashtun elites," the expert underlined.

Khan believes the lack of trust in the judicial system is not restricted to the northern parts of the country. "The common people of Pakistan have been struggling for justice in one way or the other since the country's independence. In recent years they have supported the 2007 lawyers movement, the Imran Khan-led PTI (Movement for Justice) party, and also the Taliban. It just shows that they prefer anything and everything over the present justice system," Khan told DW.

"It also proves that the struggle is the same despite different goals and aims for different people," he added.

A lack of choice 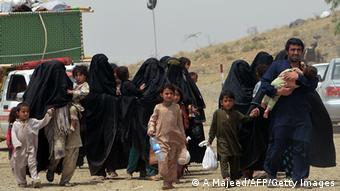 But Taliban "justice" comes with its own price and consequences. Various videos circulating on social media show the Islamist fighters harshly punishing the suspects based on their rigid interpretation of Shariah law. Beheadings, cutting of hands, stoning, flogging and hanging are the militants' usual punishments.

"Afghans know very well what Taliban justice means. It means beheading a seven-year-old boy accused of being a spy, the stoning of women accused of adultery or running away from an abusive relationship, the burning down of houses whose owners were perceived as government supporters, the killing and beheading of men and women for exercising their right to work and feed their families. This is what Taliban justice is, and ordinary citizens who live under the rule of the Taliban have no say in decisions made by the extremists," said USIP analyst Ahmadi.

The Afghanistan expert suggests that Afghan President Ashraf Ghani must work to restore security in the war-torn country, protect citizens' rights, tackle the problem of corruption, and bring those found guilty of corruption and violation of citizens' rights to justice.

"The international community, governments, politicians and media must also stop treating Afghans as second class citizens of this world. Stop propagating that Afghans are better off with traditional and informal justice – instead support the formal justice system within Afghanistan legal framework and judicial system. The failure of justice and legal system in Afghanistan will be the failure of international community too," she concluded.