Why many Afghans distrust their judicial system | Asia | An in-depth look at news from across the continent | DW | 05.02.2015

Frustrated with a corrupt judicial system and an incredibly slow dispensation of justice, some Afghans are turning to "Taliban courts." DW talks to analyst Belquis Ahmadi about why Afghans lack faith in their judiciary. 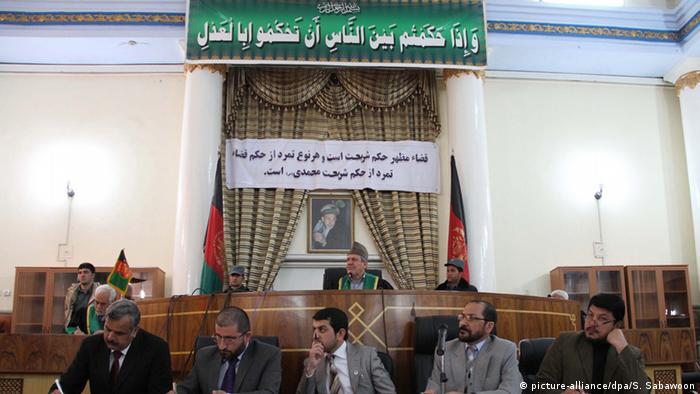 Some Afghans seem to be turning their backs on the Afghan judicial system and opting instead for Taliban justice. According to a New York Times report, many Afghans think that the militants' quick and tradition-rooted rulings are their best hope for justice. In the Pakistani cities of Quetta and Chaman, which are believed to be havens for exiled Taliban leaders, local residents describe long lines of Afghans waiting to see judges, said the report.

Despite progress in strengthening formal justice institutions since 2002, as much as 80 percent of disputes in the South Asian nation are still resolved outside the formal justice system, typically by shuras, jirgas, mullahs, and other community-based actors, says the United States Institute of Peace (USIP).

Disputes over land and land grabbing have risen in the last decade, with increasingly few options to sustainably resolve them. If left unresolved, disagreements over land ownership can quickly escalate from a civil dispute to acute acts of violence and can feed inter-generational conflict, said USIP. Another way is to look for the Taliban to settle the issue.

In a DW interview, Belquis Ahmadi, an expert on rule of law in Afghanistan at USIP, explains that while corruption and bureaucratic red tape play a role in the Afghans' limited trust in the judiciary, this is not the main reason why some are opting for Taliban justice. The real problem, she says, is that the Taliban already control a larger part of the country than the government does today. 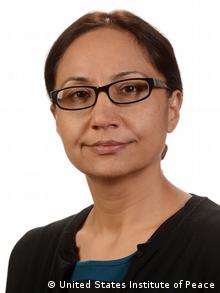 Ahmadi: 'Where there is no formal justice system reach, Afghans try to solve disputes through traditional mechanisms'

DW: How would you describe the current state of Afghan courts and its legal system?

Belquis Ahmadi: In any society, security is a fundamental, foundational requirement needed to ensure citizens' rights and enable the government to protect those rights and guarantee public order. Today, Afghanistan remains one of the most dangerous countries in the world.

There are many reasons for this; the most significant ones being state fragility, the withdrawal of international troops, political interference by neighboring countries, waging of jihad and enticing violence in Afghanistan by other countries' state and non-state actors, and lack of a long term sustainable foreign policy by allies.

Insecurity affects every aspect of Afghans' lives including access to justice and the proper and fair implementation and administration of the rule of law. Limited reach of the formal justice system to many parts of the country, lack of familiarity with formal justice system as a result of close to half a century of conflict, instability and lack of infrastructure, and the ongoing distrust of state institutions have forced many Afghans to seek alternative ways to go about their daily lives.

Where there is no formal justice system reach, Afghans try to solve disputes through the traditional (or customary) mechanism of resolving disputes that include mediation and arbitration by trusted members of a community.

In the formal justice system, there are national laws, enacted by legislative body, and codes of conducts, and though in some cases they only remain on paper, they do provide guidance to judges and staff and more often include consideration of human rights; this can have a positive effect on the way decisions are rendered and on the conduct of those who are the administrators of justice. There are also procedures to appeal a decision.

Harassment, intimidation, attacks - a new report by Human Rights Watch exposes the threats and increasing levels of violence journalists face in Afghanistan from both the authorities and insurgents. DW examines. (21.01.2015)

Pakistan has finally decided to outlaw the militant Haqqani network, which has been responsible for attacks on foreign forces in Afghanistan. Experts, however, say that Islamabad's move is unlikely to be implemented. (19.01.2015)

In the informal justice system there are no written laws that are followed. There are few procedures to appeal a decision. One can choose to go to the formal sector, but if you disagree or disobey the order or decision made by the informal justice actors you could end up paying a huge price. That price may include being outcast from the community, monetary penalties, and houses or harvests burned. Most don't want to pay that price, so they acquiesce.

How much trust do Afghans have in the current court system and why?

Trust in the courts is limited. Some of the reasons for this are corruption - in most cases perceived corruption - and the lengthy process of trials and lack of familiarity with how things work within the formal justice system.

Rural citizens have reduced access to the courts and there remains a lack of knowledge about how a case is filed, responsibilities of the parties, what laws govern the dispute or issue presented, how to appeal, access to legal counsel, and the cost of litigation. Security and control of courts creates an atmosphere that resists more open and accessible courts, courtrooms and information.

Too often cases are heard in judges' offices and not in open court – this may even be viewed preferably by litigants as they may have family or financial issues being discussed; however, transparency could help increase trust and reduce the opportunity (real or perceived) for corruptive practices. Transparency also creates a demand for competent judges who cannot hide behind a closed door.

It's been reported that more Afghans are turning to the Taliban seeking justice. What are the main reasons for this?

I think the issue is not that more and more Afghans are turning to the Taliban to seek justice – the one or two cases referred to in the media do not represent the wishes of millions of Afghans – rather the problem is that the Taliban control a larger part of the country than the government does today.

Afghans know very well what Taliban justice means. It means beheading a seven-year-old boy accused of being a spy, the stoning of women accused of adultery or running away from abusive relationship, the burning down of houses whose owners were perceived as government supporters, the killing and beheading of men and women for exercising their right to work and feed their families.

This is what Taliban justice means, and ordinary citizens who live under the rule of the Taliban have no say in decisions made by the extremists.

In light of this development, are the gains made by the Afghan legal system over the past decade at risk? 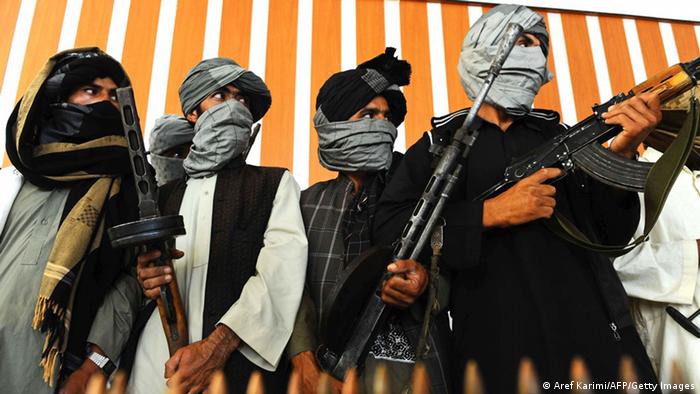 We don't have to look that far back. We know too well that after the end of the Soviet invasion of Afghanistan, and in spite of the sacrifices that Afghans made, the West left them on their own to revive the economy, infrastructure, education and cultural heritage.

The void quickly turned to war that not only brought massive loss of life and the catastrophic destruction of property, but also destroyed the fabric of society, peoples' values and hope for future generations.

While some view Afghanistan as a post-conflict country, the reality is Afghanistan is a war zone, and it needs assistance to find long term solutions to move past the decades of mistrust, despair and destruction. Rule of law, trust in the judicial system, good governance and investment in education are the keys to a prosperous and peaceful Afghanistan.

What can the Afghan government do to re-establish the people's trust in the country's legal system?

First, the government must work to restore security, protect citizens' rights, tackle the problem of corruption, and bring those found guilty of corruption and violation of citizens' rights to justice. They also must work to help create jobs and educate the public about laws and the functions of government institutions. A fragile state such as Afghanistan's will not be able to do all this without international support. 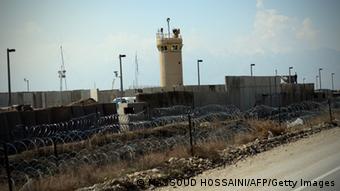 'Insecurity affects every aspect of Afghans' lives including access to justice and the proper and fair implementation and administration of the rule of law,' says Ahmadi

The international community, governments, politicians and media must stop treating Afghans as second class citizens of this world. Stop propagating that Afghans are better off with traditional and informal justice – instead support the formal justice system within Afghanistan legal framework and judicial system. The failure of justice and legal system in Afghanistan will be the failure of international community too.

Ironically, Afghans have had codified laws for hundreds of years– the NYT article, "Laws suited to Western-style democracies have populated the books" has it wrong. This is yet another view that looks at Afghans as if they live in the Stone Age. Afghans have had laws and have been teachers of law for centuries. The key is to support an open, fair, timely and cost-effective justice system that is free of corruption and committed to serving the citizens of Afghanistan.

Belquis Ahmadi is a senior program officer at the United States Institute of Peace (USIP). The analyst has more than 20 years experience working in Afghanistan on issues related to gender, human rights, civil society, development, rule of law governance and democracy.