At least 46 people were killed and dozens were injured as fire swept through a 13-story, 40-year-old building in southern Taiwan.

Flames tore through an apartment block in the city of Kaohsiung, southern Taiwan, overnight into Thursday.

The city's fire department told reporters that 46 people found in the building had been confirmed dead and another 41 injured.

Firefighters are unsure of the causes of the fire, but said it had burned most intensely where piles of clutter had been stacked. 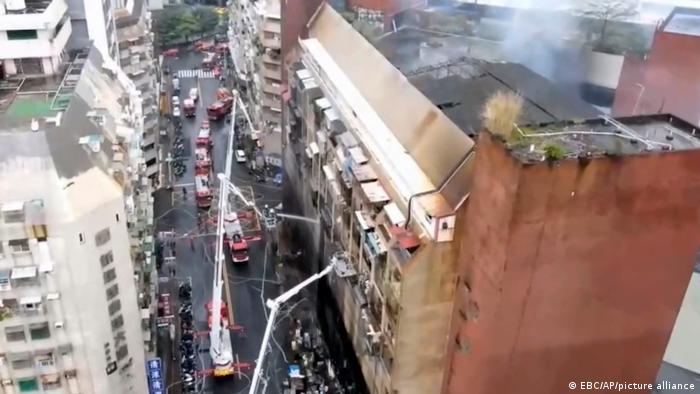 Firefighters were conducting search and rescue efforts into the afternoon

The fire was successfully extinguished after about four hours, and rescuers scoured the building in a search for survivors on Thursday morning.

Officials said the building was about 40 years old, with shops in lower levels, empty space above and some 120 households higher up.

Mayor Chen Chi-mai said the building was partly abandoned, having previously been host to restaurants, karaoke lounges and a cinema.

Firefighters were conducting search and rescue efforts into the afternoon

The lower levels of the building were left completely blackened.

About 145 firefighters and 72 fire trucks and were dispatched for the rescue mission.

Why are tensions increasing between China and Taiwan?