Taiwan considers evacuating cultural artifacts amid China tensions | Asia | An in-depth look at news from across the continent | DW | 17.08.2022 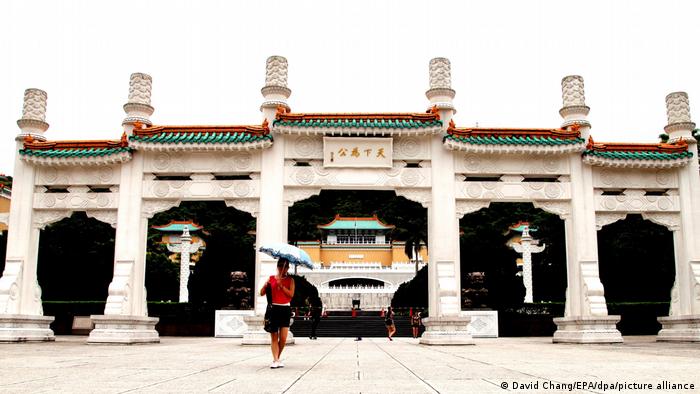 In July, Taiwan's National Palace Museum in Taipei held a "wartime response exercise" to train staff about what to do in the event of a war breaking out.

Taiwan's legislature has been urging the museum to establish protocols since March, shortly after Russia invaded Ukraine — Moscow's aggression has raised fears of Beijing carrying out a similar invasion of Taiwan.

Museum director Mi-Cha Wu told legislators that the institution was working with national security agencies in Taiwan to figure out safe places to store its treasures if a war broke out.

During a press conference on August 8, the speaker of Taiwan's legislature, You Si-kun, said the executive branch of Taiwan's government will lead plans on strengthening the protection and possible evacuation of the museum's collections.

Are artifacts under threat?

Following US House Speaker Nancy Pelosi’s visit to Taiwan earlier this month, China held a seven-day military exercise in the waters around Taiwan.

The People's Liberation Army (PLA) fired ballistic missiles while repeatedly dispatching military aircraft and naval vessels across the median line of the Taiwan Strait, an unofficial demarcation between China and Taiwan. China has long viewed Taiwan as part of its territory and Beijing has not given up the option of bringing about reunification by force if necessary.

Amid the increased military pressure from China, rumors began to circulate on the Chinese internet that Taiwan was planning to move the National Palace Museum's collections to Japan and the US. The museum denied these rumors in a statement, urging Taiwanese people not to give them credence. 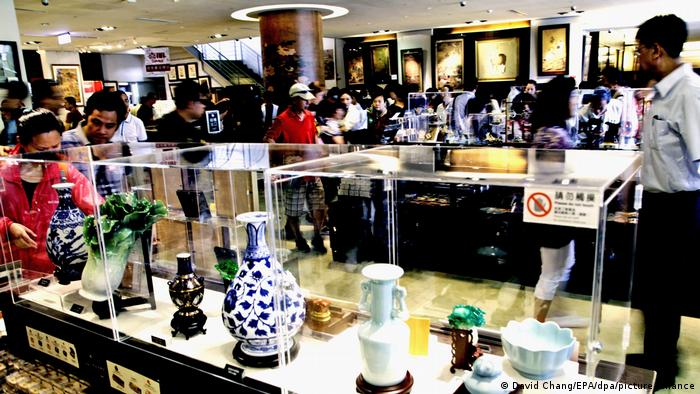 The museum would not share details of evacuation protocols with DW, calling them "top secret." US broadcaster CNN reported that the exercise involved some 90,000 pieces among a collection of 700,000 items.

Patricia Huang, an expert in museum studies at the National Taipei University of Education, told DW that it was hard to pinpoint specific places and methods for transporting the objects.

"Honestly, I don't know where, or even how, we can ship the treasures to safely and quietly at this point," she said.

Most museums in Taiwan have emergency response plans that help museums to assess and manage risks, such as fire, flood, or terrorist attack, but wartime evacuations have not been a priority, she added.

Huang said the priority for museums during a war is always the safety of the collection and their staff.

"Most museums are located in downtown areas and that means they are likely to be severely affected if there's a military conflict. Bombing and plundering are the two biggest concerns," she said.

"All items that can be damaged by blasts are advised to be taken out from the glass cases, wrapped up, and stored in safe places. Transporting valuables has its inherent risks but sometimes relocating the collection is the only viable option. Every museum needs to evaluate its own situation carefully," Huang added.

Another major museum in Taiwan, the National Taiwan Museum, told DW that the institution put an evacuation plan in place after the invasion of Ukraine.

The plan includes a list of items that should be evacuated based on their uniqueness and plans for where to store these collections safely. The museum said it plans to hold its first wartime response exercise before December 2022.

Museum as a symbol of history

Nearly 700,000 cultural artifacts in the National Palace Museum are there today because of wartime relocation. 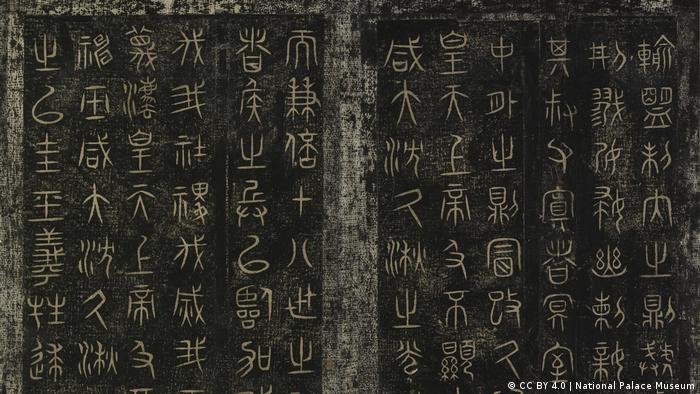 During the 1930s, the Chinese government decided to transfer cultural artifacts from the museum's original location at the Forbidden City in Beijing to Shanghai and Nanjing, as Japan was preparing to invade Beijing.

Then, in the late 1930s, the Chinese government was forced to again relocate the treasures to several locations in China's Sichuan Province in the west. In 1947, the museum's collections were moved back to Nanjing and then to Beijing.

However, amid the civil war between the ruling Kuomintang (KMT) and the Chinese Communist Party, the KMT forces took close to 700,000 artifacts and other important cultural or historic items with them when they retreated to Taiwan in 1948.

"When the collection of the National Palace Museum was packed up in 1933, southwest China seemed a much safer place than Beijing. The same could be said about the decision of relocating the collection from Beijing to Taiwan in 1948," said museum studies expert Huang. "At least, that's where the government prepared to go in the event of losing the civil war."

The museum in Taipei became an important institution for Western experts studying ancient Chinese culture or history, as China remained largely closed off to the world during the 1960s and 1970s.

"The National Palace Museum was an important representative of Chinese culture, and many scholars who want to learn more about ancient Chinese relics came to Taiwan to conduct their research," Ya-hwei Hsu, an art history professor at National Taiwan University, told DW.