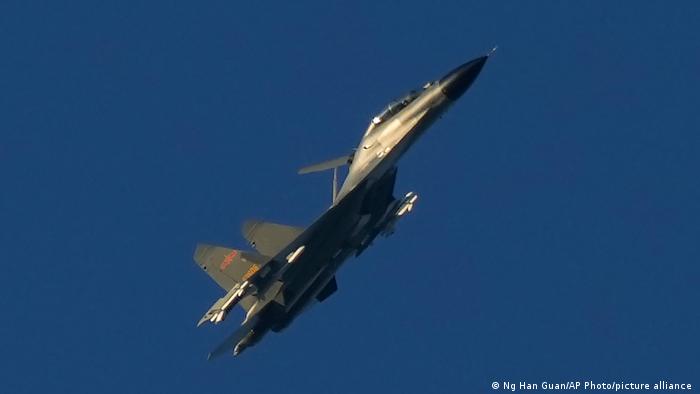 China announced more military drills Tuesday to protest against US support for Taiwan.

But Beijing revealed little about new military exercises and it was not clear where and when drills would be conducted as it typically does.

US delegation draws ire of China

The US delegation, which arrived late Sunday, made clear they were there to reaffirm their support for Taiwan, which China claims as its own.

Washington maintains that it remains committed to maintaining diplomatic relations with China through its "One China" policy.

Markey, after meeting with Tsai, said the US had a "moral obligation to do everything we can to prevent an unnecessary conflict and Taiwan has demonstrated incredible restraint and discretion during challenging times."

While Tsai said on Monday that her administration was working with allies to ensure stability in the Taiwan Strait, China's Foreign Ministry spokesperson accused the US of trying to change the "One China" policy.

"A handful of US politicians, in collusion with the separatist forces of Taiwan independence, are trying to challenge the One China principle, which is out of their depth and doomed to failure."

Will US come to Taiwan's defense?

Even though China conducted live-fire military drills around Taiwan for days, in retaliation to US House Speaker Nancy Pelosi's visit to the island, the US remains intentionally ambiguous on whether it would come to Taiwan's defense if the island came under attack.

US defense relations with Taiwan are guided by the "Taiwan Relations Act," which was signed into law in 1979, the same year the US switched diplomatic recognition to China.

The US has continued to maintain friendly relations with Taiwan, which remains an important US ally in the region.

Despite strong protests by China, the US also continues to sell defensive military equipment to Taiwan, but has not officially committed itself to military intervention.