Syrian refugees stranded and unable to vote | World| Breaking news and perspectives from around the globe | DW | 03.06.2014

Syrian refugees are observing the elections in Syria with mixed feelings. Stuck in Turkey and unable to vote some say that they have no intention of returning to their war-torn country. 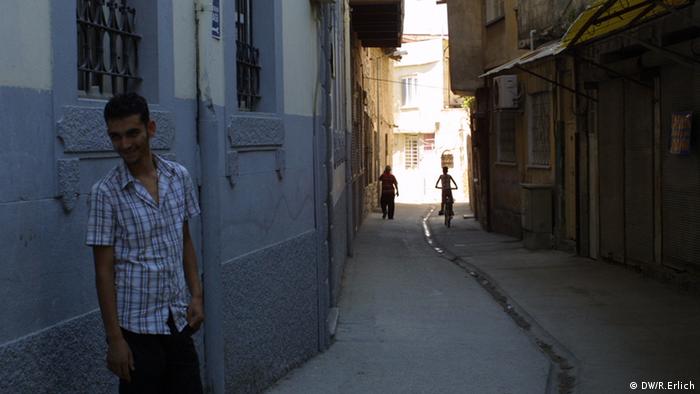 In a run-down two-room house in a Syrian neighbourhood in Antakya, a picturesque town in southern Turkey, 20 kilometers from the Syrian border, three neatly dressed men sit sipping coffee.

The walls of the room are covered in mold and water dripped from the ceiling into a neat pile in the corner. Outside, a bright blue tarpaulin provides some relief from the rain coming in sideways.

"The Turks wouldn't live under these conditions," Abu Amer, from Idlib province in northwestern Syria, said. "And this is also not representative of a regular Syrian home."

Abu Amer fled Syria 10 months ago with his wife and four children and now rents this home, with another family, for $200 per month. "The elections are completely wrong and they will not change anything," he said.

"I'm not concerned that we couldn't vote in Turkey because I wouldn't vote anyway. Barrel bombs have destroyed my town. When my children hear a plane here, they run and hide in the bathroom. They are still really scared."

His sentiment appears to be widely shared in the Syrian community in Antakya, a town positioned at the base of scaling mountains and split in two by the Orontes River, which has become a hub for Syrian refugees. 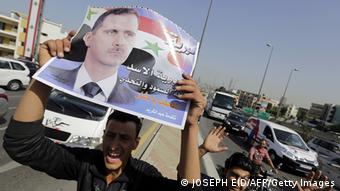 Syrians head to the polls today to certainly return President Bashar al-Assad to power for another seven years, in an election that has been widely labeled as "farcical" and a "parody of democracy."

The vote, which has no serious challengers, will only take place in government-held areas of the country. Almost half of Syria's population has either fled the country or has become displaced, according to the United Nations.

Some were able to vote at Syrian embassies in their host countries such as Lebanon, Jordan, Russia and 40 other embassies around the world last week if they had entered the country legally, while many countries including France, Germany and the United Arab Emirates (UAE) banned voting.

There were chaotic scenes in Lebanon as Syrians voted, partly fuelled by rumours that those who did not vote will be not be allowed to return home.

While Syrian authorities haven't confirmed the rumours, voters had to submit their identity papers to the embassy for registration.

But in Turkey, where the United Nations estimates there are more than 750,000 Syrian refugees, the scene is vastly different.

There's no sign of posters supporting Assad, and no music blasting from loudspeakers declaring support for the president. As one Syrian fruit vendor in town mumbled: "What election?"

Turkey was quick to denounce the presidential election as "null and void" and since the Syrian Embassy in Ankara has not been active since 2012, refugees here were not able to vote.

So what does that mean for their long-term prospects of being allowed to return to Syria?

"This shows that the probability (of refugees) to stay longer in Turkey is likely," Osman Bahadir Dincer, Syria expert at the Turkish non-partisan thinktank USAK, said.

"They are gradually losing their connections and links with the reality in the Syrian side. I accept that the elections in Syria are just meaningless under the current circumstances, but I'm afraid the Syrian regime will not accept these refugees of Turkey (unlike the ones in Lebanon and Jordan) to the country in the future. They are going to be portrayed as criminals or terrorists by the Assad regime."

Syria specialist and author Diana Dark echoed his thoughts: "Many Syrians in Turkey have no intention of returning to Syria. They see Syria as 'over.'"

This leaves Turkey facing an uneasy truth - its assumption of Assad's quick fall was a costly mistake and it must shift its thinking toward a long-term, sustainable policy.

"Turkey is right now faced with a phenomenon which is no more a temporary situation and thus has to be treated like a catastrophic disaster," Dincer added.

"Among the very many priorities, there should be a focus on the issue of 'adaptation.' A great majority of the Syrian refugees will not return to their countries even if Assad falls down. This is because most of them will not be able to find a small not-destructed room even if the civil war ends and a political solution is reached."

Back in Antakya, Abdullah, who doesn't want to use his full name because his family is still in Syria, sits on a couch with his three young children clutched to him. He said he was not concerned if the Syrian government prevented him from returning home.

"I'm not worried at all because I would definitely not vote for a killer if Turkey had let us vote," he said.

"An election is not going to change anything. Many people are just voting because they are afraid of the regime and have no choice."

A staggering number of Syrians living abroad have not been able to cast a ballot in presidential elections. In Jordan, DW's Natalie Carney met with some who could, some who could not - and others who would not. (03.06.2014)

The country is racked by war; millions of citizens have been displaced. Nonetheless, Syria is holding a presidential election on Tuesday (03.06.2014). There are three candidates, but the outcome is a foregone conclusion. (03.06.2014)

In the midst of Syria's ongoing bloodshed, President Bashar Assad is staging an election. The move has nothing to do with democracy and everything to do with cynicism, writes DW's Rainer Sollich. (03.06.2014)