After being arrested, tortured and kidnapped, a 17-year-old Syrian refugee managed to flee to Jordan. Now he is raising money to finish his high-school education - with the help of his passion, photography. 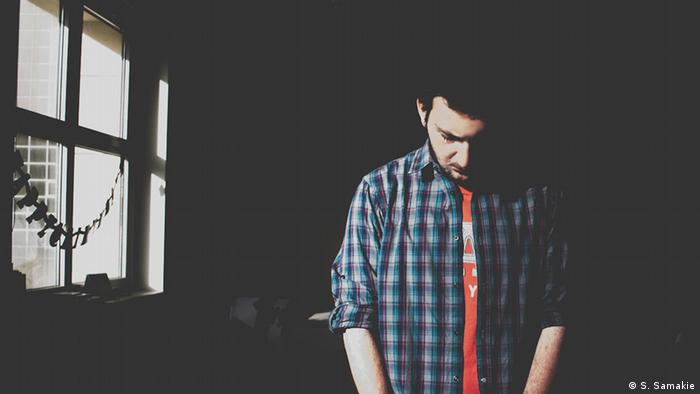 I found Saira Samakie, or Sam, online. He had posted a video asking the public to help fund his high-school education while in exile in Jordan. I met him at a coffee shop in the capital, Amman. I quickly learned that there was much more to thiseager student's gentle demeanor.He was not your typical teenager.

"I believe that if it's meant to be, it will happen," Samakie began our interview. "So if I'm going to die, I will die happily because it was meant to be."

He had caught my attention straight away. Not the psychology you'd expect of a teenager. 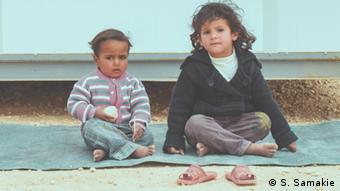 Sam was born in Canada to Syrian parents. The family moved to Aleppo when he was six. He knew right away things were going to be very different. In Syria, Samakie began working on the family farm, just outside of Aleppo, at nine. That was when he was taught how to drive.

"Each day I had to drive 80 kilometers (50 miles) to get equipment for work," he boasted.

That is where he learned how to deal with people, a skill that would later help save his life.

When the war started, everything stopped for Samakie. At 15, his father took him out of school to help on the farm. To deal with the uncertainties of his new reality, he began documenting his crumbling country in photos on his mobile phone. Anything more advanced would have gotten him arrested, or so he thought.

"The children, the woman, the men of your country being slaughtered, that affected me so much," Samakie said, taking a sip of water. He started learning about photography and found it was a way he could express his feelings.

It was a dangerous hobby in country at war.

In March 2012, while photographing dilapidated houses near Aleppo's historic old castle, he was surrounded by 18 policemen and arrested. At a military security branch he was accused of being a spy for international news agencies.

"The first two hours I was tortured for taking pictures," Samakie recalled. "They threw me in the basement and started beating me with a metal water pipe." 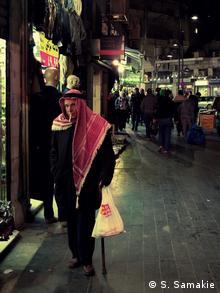 This photo is called "Between Old and Past"

Nine hours later his parents were able to negotiate his release. But his luck did not last long, Samakie explained with a smirk.

A month later, a vehicle pulled up at his family's farm and men wielding guns jumped out, demanding the family's car. They belonged to the opposition Free Syrian Army (FSA). His father refused.

Samakie was taken to a small village near Aleppo that was controlled by the FSA. There he was told that that the FSA kidnapped him because they thought he was cooperating with the regime. "I was like for God's sake, the regime caught me one month ago. What the hell is wrong with you people?"

But that did little to cool their accusations. The 15-year-old spent 10 days in captivity. He was threatened with death, threatened with electrical shock torture, threatened with the amputation of all his limbs. The people skills he had learned years before on the farm were what got through it unscathed, he said.

The FSA demanded a ransom of a million dollars for him. Eventually his parents managed to negotiate the amount down to $1,000 (737 euros) and were able to secure his release.

Photography as an escape

With the help of the Canadian government, Samakie, his mother and sister escaped Syria and made it to Jordan. His father, who had worked all his life to build his home in Syria, chose to stay.

Through all this Samakie kept his sanity through his photos. 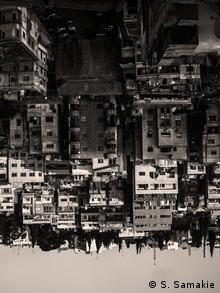 "Inception" expresses hope and despair at the same time

"When I was taking a photograph I forgot everything around me," he said. "I'm in a totally different world where there is nothing. There is only quiet. Everything is okay, there are no bombs."

Life in Amman has been good to Samakie. He got a job as a technical agent for an e-commerce platform, bought himself a professional camera and started saving for school. He's been accepted into one of the region's best educational institutes. A partial scholarship will cover some of the tuition costs, but he needs far more money still. He hopes a video he posted on a fundraising website will help him get together the remaining funds.

Samakie would like to go on to use photography to help other victims of war through expressive art therapy. He is certain that photography is what helped him stay sane.

Just before leaving, Samakie pulled his phone out of his pocket to show one of his favorite photos: a picture of Amman turned upside-down.

"If you look at the buildings you will feel like everything is falling," he said. "At that moment, I was feeling down. But if you look at it again, there is also this light - that means there is hope - you never lose hope."

British photo journalist Bradley Secker is documenting the plight of Syrian refugees. In his series "Syrian Nakba," he shows refugees holding the keys to homes they were forced to abandon. (06.05.2014)

Education is one of the many facets of regular life to be hit by the war in Syria. Development expert Steven A. Zyck talked to DW about the lasting impact of years without substantial schooling. (05.05.2014)