Lebanese military officials have said that the fire was started after a row between Syrian refugees and their employer, a local family, over pay. An investigation is ongoing. 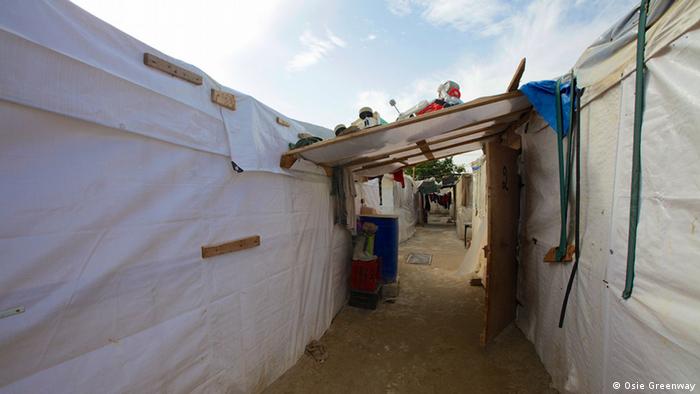 A tented refugee settlement in al-Miniyeh, the region where the camp was set ablaze on Saturday

More than 300 refugees were forced to flee when their camp in northern Lebanon was set ablaze after a row between members of the camp and a local family, United Nations and Lebanese officials said Sunday.

The UN refugee agency (UNHCR) said a large fire had broken out in a camp, which housed about 75 families, in the al-Miniyeh region.

A Lebanese official told The Associated Press that the army is investigating the cause of the fire and conducting raids to round up those responsible for the altercation. The official spoke on condition of anonymity because the military planned to issue a statement later on Sunday.

A separate military source quoted by Agence France-Presse said the fight was sparked over a dispute between Syrian workers and their employers over pay.

Resignation and fury in Lebanon

Khaled Kabbara, a UN Refugee Agency spokesperson in northern Lebanon, said some 375 people lived in the informal settlement that was located on a plot of rented land. He said the entire camp had been burned to the ground.

Kabbara added that four people had been injured in the fire and were hospitalized with minor injuries. He said some residents of the camp returned on Sunday to see if anything could be salvaged from the fire.

"Some families have fled the area out of fear because there were also sounds of explosions caused by household gas canisters blowing up," he said.

Lebanon says it hosts some 1.5 million Syrians, including about 1 million registered as refugees with the United Nations.

Authorities have called on refugees to return to Syria even though rights groups warn that the war-torn country is not yet safe.

In November, approximately 270 Syrian refugee families fled the northern Lebanese town of Bsharre after a Syrian national was accused of shooting dead a Lebanese resident, sparking widespread tension and hostility.

Tensions are common in Lebanon between citizens and Syrian refugees who have fled the war in their country.

Lebanon is host to more than 1 million refugees, nearly a quarter of the country’s population of 5 million, burdening the country's already crumbling infrastructure.

The strained ties between Lebanese and Syrians also date back to the days when Syria dominated its smaller neighbor for almost three decades with thousands of troops stationed in Lebanon.