Syrian rebels split on air strikes | World| Breaking news and perspectives from around the globe | DW | 04.09.2013

The West is fretting about whether to intervene in the Syrian war, and the opposition is also split. Islamist rebels oppose a strike, while mainstream rebels want a no-fly zone - but only if it proves a game-changer. 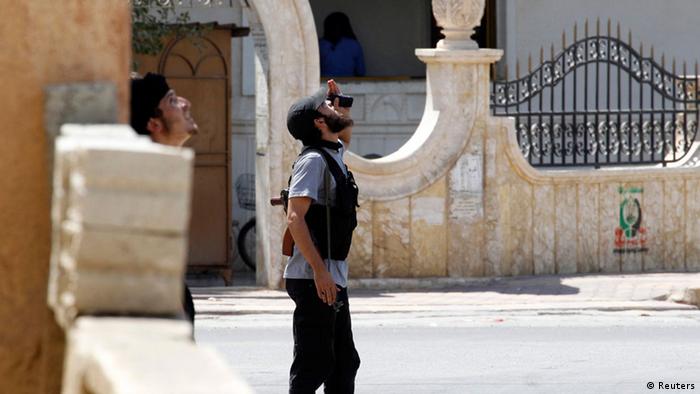 The US president's decision last weekend to seek congressional approval for a military intervention against President Bashar al-Assad in Syria took many by surprise - not least the Syrian opposition. Many felt betrayed by the sudden withdrawal. But there was also a more balanced view - especially from opposition organizations outside the country.

"They do respect the decision of President Barack Obama to get Congress approval," said Radwan Ziadeh, a Syrian activist and former spokesman for the Syrian National Council. "I think there are two advantages: it can give a mandate not to have narrow limited strikes, but rather strikes to end the Assad regime. At the same time, it maybe gives more time for the United States to mobilize a coalition, so it is not to be seen as an American-led operation." 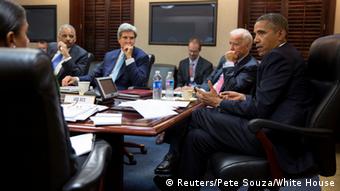 Obama's decision to seek congressional approval took many by surprise

Ambiguous as it was, Ziadeh said that the US position is certainly better than that of other Western countries,"who do not take any action, but just keep repeating statements - like Germany for example."

But there is currently little evidence that a coalition is being mobilized - at least not officially. An agency report that top diplomats from the "Friends of Syria" - a group of 11 countries that includes the US, France, Britain, Turkey, and Qatar - were planning a meeting in Italy for Sunday (08.09.2013) was quickly squashed by the Italian foreign ministry.

The debate over military intervention in Syria has gripped the West in the past few days - but has been even more urgent within the Syrian opposition and rebel-held parts of the country. "Some of them welcome the strike and others see it as the US acting for its own interests and are sceptical of it," said Mohammed Aly Sergie, a Syrian journalist who spent four months in the country this year. "And some felt betrayal, because they've seen time and again that certain promises from the [Obama] administration haven't been fulfilled."

Sergie went on to say that other factions in Syria take a more conspiratorial approach. "They say that the best policy for the United States is to allow this conflict to fester and pit the enemies of the West against each other inside Syria - so you have Hezbollah fighting al-Qaeda - you know, keep that going on, even if that means an oppressive regime stays in power. That's a popular view on the streets in Syria. They think that nobody really cares about the Syrian people or that the children dying." 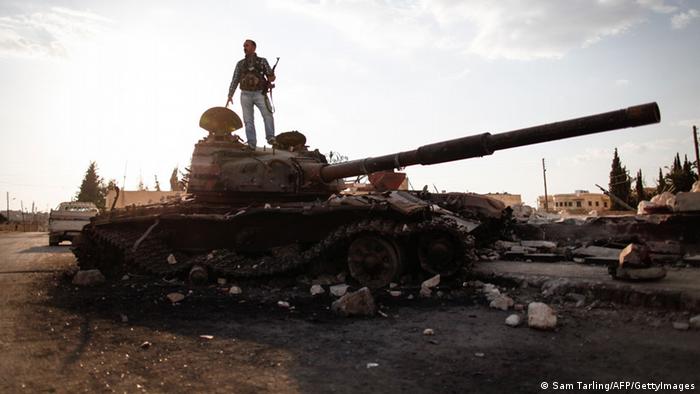 Omar Hossino, a Syrian-American researcher based in Washington, says the split in the opposition is identifiable: "The al-Qaeda-linked groups and other radical Salafist groups are very much opposed to the strike, because they want to be the ones that save the Syrian people, and they are assuming the strikes will target them," he said. "The more mainstream rebel groups seem to mostly favor strikes, although they've been saying that this strike is not really going to do anything."

And then he added, "And then you hear conspiracy theories, saying, 'It'll be one hit to Assad and two hits to the rebels.'"

Another question - the nature and size of a potential strike - is just as much of a controversy. Last week, most analysts expected the US simply to launch a volley of cruise missiles aimed at one or two of Assad's government buildings. By Tuesday, however, it emerged that the US was preparing a more substantial attack after all.

"It will degrade Assad's capabilities, at the same time we have a broader strategy that will allow us to upgrade the capabilities of the opposition," Obama told reporters. 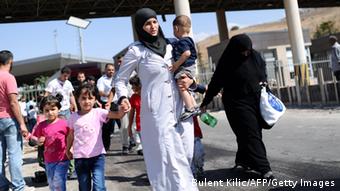 A no-fly zone would ease the refugee crisis, argue some

In a statement released on Sunday (01.09.2013), the Syrian opposition's "Local Coordination Committees in Syria," condemned a minimal approach. "A limited strike to merely warn Assad will lead to nothing but increase in his violence, as well as to his complete confidence that no one would prevent him from killing."

Echoing the view of many analysts, the statement continued, "Apparently, the main concern of the West in this regard is based on international balance and interests, not on the serious attempt to rescue a people who are striving for freedom and dignity, and dying for that, everyday." In other words, Obama's cruise missile attack was simply saving face to back up his "red line" warning about chemical weapons.

"Most of the mainstream groups are against a strike unless it can actually be a game-changer and change the dynamic on the ground against Assad," said Hossino, before adding that he doubted whether CIA training operations would have any effect, and if they do, they would take months.

Ziadeh thinks that any strikes must be on the infrastructure of the Assad regime. "At the same time, they need to impose a no-fly zone to protect a safe zone for humanitarian assistance," he added.

If the aim is saving civilian lives and finding a political solution, Hossino believes there is only one effective route: "Air and missile strikes against regime assets and no-fly zones on certain parts of the country - to pressure Assad into the Geneva conference and encourage refugees to go back into Syria - would make far more sense than arming or training rebels," he said. "I don't think it's likely to happen at all though."

Searching for the truth in Syria

The US government, France and the German intelligence service all agree that Syrian President Assad's troops used chemical weapons. But how can they be so sure? Critics say there's no definite proof. (04.09.2013)

Until recently, it looked like a military strike against the regime in Syria was imminent. Now, Barack Obama is seeking the approval of Congress, and that is by no means certain. (03.09.2013)