Syria's Kurds have emerged as a crucial player in the conflict. DW spoke to the head of the main Kurdish political party in northeasten Syria, Salih Muslim Muhammad, about the impact of the crisis on the Middle East. 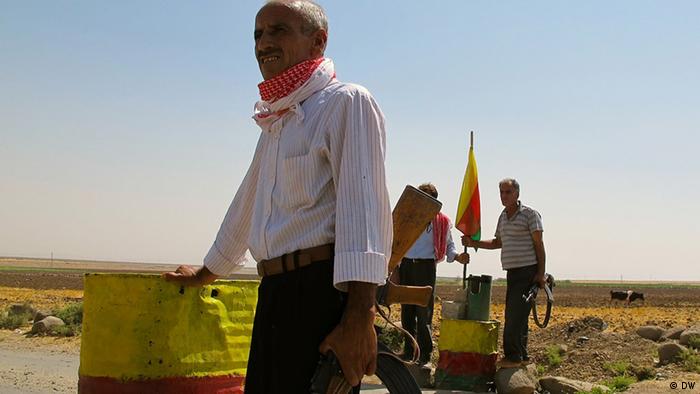 DW: DW has met Kurdish fighters at checkpoints who claimed not to have fired a single shot. It's difficult to believe given the increasing levels of violence in the rest of the country…

Salih Muslim Muhammad: Believe it or not, this might be one the only region in the country where the Syrians' will is still respected because there are no foreign hands interfering in our areas. From the very beginning we Kurds were demonstrating for freedom and democracy; we wanted a peaceful revolution, not an armed one. It was the regime which dragged the protests into an armed conflict because they are stronger. For the time being, we have managed to protect ourselves and keep our areas quiet despite a few local incidents in Kobani and Afrin. We're doubtless part of the revolution but this is the Syria we want, not what others want.

But rumors have it that your party has negotiated a truce with Bashar Assad's government.

There's been no agreement with anybody whatsoever. Just tell me: who wants the fighting in Syria? Turkey? We have no relations with Turkey. Saudi Arabia? Qatar? NATO? We have no relation with them as they've never recognized our existence; none of them has ever supported the Syrian Kurds. Damascus knows we just want our constitutional rights, that is why they're not afraid of us. We knew Assad would not fall in just two months, that's why we organized our people into civilian defence committees long ago. Actually, we already had some checkpoints a year ago and the government simply couldn't do anything about it. In July there were clashes between the Free Syrian Army and Assad's troops, very close to Kobani, a critical area for Damascus' intelligence. Nonetheless, in areas like in Qamishli, Assad has his own checkpoints but they're not manning them, nor are they patrolling the city.

How high, in your opinion, is the risk of Syria becoming a sectarian-ridden country like neighboring Iraq?

The risk of getting dragged into a sectarian conflict is very high. Actually, the situation is inexorably taking that path but, as said, that's not something the Syrian people have chosen. We know we have to fight for our rights and not let anybody steal our revolution as it has already happened in other Arab countries. Look at Aleppo now, it's full of armed people, many of them foreigners. What are they doing here? We'd never allow al Qaeda or any related group to operate in our areas.

But several sources point out that Arab villages around the area have been given weapons by Damascus. Is that true?

We are aware that the government has handed them weapons but we won't fight against them as long as they don't attack us. We must avoid an Arab-Kurd confrontation by any means necessary. We need to live as neighbors so we are very careful about not igniting violence between us.

Apart from Arabs, there's also a significant number of Christians in the area under your control. Some of them have already said that they don't feel comfortable under the new Kurdish rule.

As far as I know there are very good relations between Kurds and Christians. I met the Armenians a few days ago and they asked us to protect them. We've already told them that they have to protect themselves; if they cannot, we will do it. Even Arabs are also going to set up mediation centres, asking for help to solve their problems. We've lived together for centuries and that's what we are planning to do in the future ahead.

But there have been allegations pointing to several abuses by armed Kurdish fighters at checkpoints or street patrols. 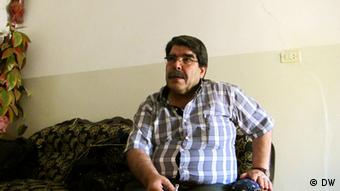 First of all, I want to make clear that the PYD (Democratic Union Party - the ed.) is just a political organization. That said, we know there have been many mistakes because everything is new for us. We lack the necessary experience to make things work from the beginning. Besides, not everybody people likes the PYD so some will try their best to give us bad press at the first opportunity.

Turkey is alarmed at the growing influence of the PYD and suspects it of having links with the Kurdistan Workers Party (PKK), which has fought a 28-year old conflict in Turkey.

Turkey is trying to convince the rest of the world that we are terrorists, simply because they are afraid of us getting our rights. We are a Syrian political party with no organic relations whatsoever with the PKK. We don't even have armed forces, those committees are just for civil protection and they brought their weapons from their houses. Besides, we were also among the people who established the opposition in Syria so Turkey shouldn't interfere.

Many Syrian Kurds say they're fighting for a "federal state" with a Kurdish Autonomous Region, similar to the one in Iraq. Do you favour such an option?

We've been victims of this regime for decades and we just want our democratic rights. But that doesn't mean that we are aiming to break Syria into pieces. Basically, we want to solve our problems in Damascus, and not elsewhere. We're asking for local civil organizations linked to each other where our people would be represented. We call it "radical democracy" and it's not the classic model of autonomy but a system which accepts differences and dissent and where people can take their own decisions and immediately execute them.

Still, there are around 15 Kurdish political parties in Syria today. Are your people as divided as the figures suggest?

Alongside the PYD, they are all under the umbrella of the Syrian National Kurdish Council. The majority of us are united in the essential points which focus on the achievement of our democratic rights. We have the moral support of the rest of the Kurds in Turkey, Iraq, Iran and the Diaspora. All of them are trying to help us. In fact, if we manage to achieve our democratic rights, it will be a great step for all the Kurds. The Syrian Kurds' fate will affect the whole Middle East.

So what is your proposal to end Syria's escalating conflict?

Just let the Syrians decide by themselves! Assad's is a bloody regime but, even today, Syrians would still be able to find their way out if so many foreign forces weren't involved. Unfortunately, the government is taking weapons from Iran and Russia while the Free Syrian Army is being backed by Saudi Arabia, Qatar, Turkey… Kofi Annan's road map could have worked but neither the regime nor the foreign actors wanted it to develop. Even China and Russia were ready to convince the regime to put down its weapons but the plan proposed in Geneva last June was not taken into consideration on the ground.

Today nobody knows whether Syria will be divided or not. Whatever happens, we have to be ready to protect ourselves in any possible scenario, whether it is under the current regime, under the opposition's rule … even against a Turkish military operation in our area.

Salih Muslim Muhammad is the leader of the Democratic Union Party, the dominant Kurdish political force in northeastern Syria.

Terror attacks on the Turkish-Syrian border have worsened the years-long conflict between Turkey and native Kurds. Experts wonder if Syria is backing the Kurds as the Turkish PM calls for the Syrian ruler's ouster. (22.08.2012)

As the Assad regime loses ground in the Syrian civil war, ethnic Kurds are gaining more and more leverage. Kurdish leaders have not been able to unify, but neighboring countries are already alarmed. (16.08.2012)