Turkish-Kurdish conflict intensifies in wake of bombings | Europe| News and current affairs from around the continent | DW | 22.08.2012

Terror attacks on the Turkish-Syrian border have worsened the years-long conflict between Turkey and native Kurds. Experts wonder if Syria is backing the Kurds as the Turkish PM calls for the Syrian ruler's ouster. 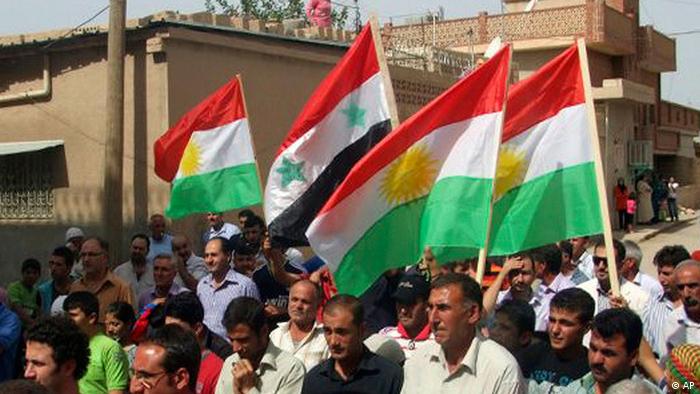 Bomb explosions in the southeastern Turkish city Gaziantep on Monday (20.08.2012) marked a recent peak in the bloody conflict between the Turkish state and Kurds. The blasts left nine dead and more than 60 wounded - the latest victims in a conflict that has cost more than 40,000 lives since 1984.

After a period of relative piece, the struggle - initiated by the militant separatist group PKK, or Kurdistan Workers' Party - has once again burst into flames. The PKK wants an independent Kurdish state on Turkish territory.

The European Union has classified the PKK as a terrorist organization. But it remains unclear whether the group is behind the recent attacks in Gaziantep. The PKK has denied responsibility for the bombings. 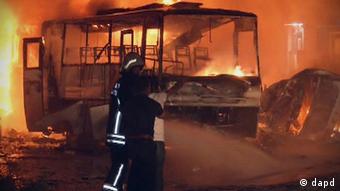 The province of Gaziantep, whose provincial capital has the same name, lies on the Turkish-Syrian border and is a destination for refugees from Syria. Until now, Gaziantep has not been a center in the conflict. Both Kurds and Turkish citizens with Arabic roots inhabit Gaziantep. They are now looking for answers as to who orchestrated the attacks and why.

In light of battles between Turkish military forces and the separatist group, which have claimed many lives on both sides, the PKK initially came under suspicion for the bombings.

Jochen Hippler, a political scientist and researcher at the University of Duisburg-Essen's Institute for Development and Peace (INEF), warned against making any hasty conclusions.

"The PKK has denied any involvement in the attacks," he said. "That may not be true, but it also does not mean that it is a lie. One must first wait for the investigations" to finish.

Udo Steinbach, a professor at the Center for Near and Middle Eastern Studies at the University of Marburg, suggested a cautious approach. An attack against the civilian population "does not bear the hallmarks of the PKK." He pointed out that in the past, the PKK has directed attacks against security forces.

"Consequently, one must ask if it was the PKK, or whether other organizations or forces come into question," Steinbach said.

He also argued that Syria should be considered when looking for the perpetrators. 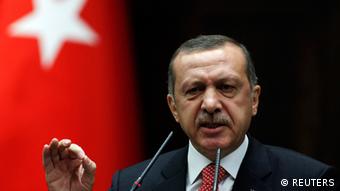 Erdogan has been in persistent in calls for Assad to resign

Since Syria became engulfed in civil war more than a year ago, thousands of Syrian refugees have fled to Turkey. For its part, Turkey has supported opposition groups against Syrian ruler Bashar Assad. Turkish Prime Minister Recep Tayyip Erdogan has clearly distanced himself from Assad and repeatedly called for the Syrian dictator to relinquish power.

Steinbach said with tensions between Ankara and Damascus running high, the idea Assad is supporting the PKK cannot be ruled out. He added that Damascus may have cooperated with the PKK on the latest bombings.

Conflict researcher Jochen Hippler believes that the developments in Syria pose a threat to Turkey. He pointed out two security problems facing Turkey.

"There has been an intensification of the battle between Kurdish rebels and Turkish security forces," he said. "But because of the conflict in Syria, there are ever increasing security problems."

Hippler also said Turkey is having difficulties with both Syrian refugees and the Syrian opposition. He added that the confluence of these problems will exacerbate Turkey's security situation.

Kurds can be found in Turkey, Syria, Iraq and Iran. Northern Syria is a Kurdish region. Hippler said Kurds there could take on a significantly different role as the rebellion against Assad continues.

With Kurds said to have taken control of a number of cities in northern Syria, the Turkish government has reacted fiercely. Ömer Cerlik, vice chairman of Turkey's ruling AKP party, has said if Syrian Kurds work with the PKK against Assad, then Turkey will not hesitate to intervene.

Steinbach also pointed to a possible worsening of the Kurdish conflict in Turkey in light of developments in Syria and Iraq. 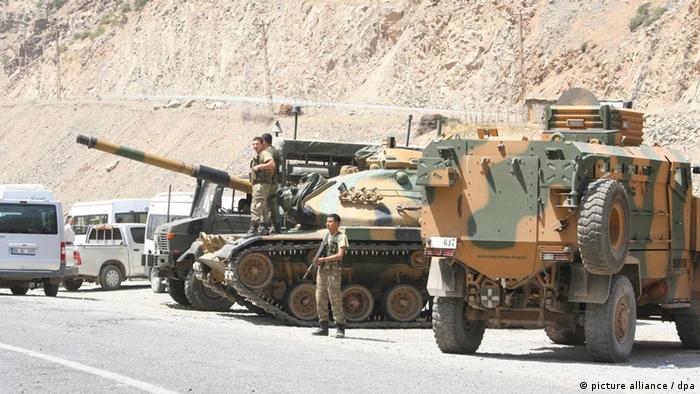 "The Kurdish problem in Turkey is not yet resolved," he said. "The Kurdish part of Iraq plays, in a certain way, a double role. On the one hand, there is a convergence with Turkey. On the other, one looks with interest over at Syrian Kurdistan. A large Kurdish space is emerging on the Turkish border. I think that will be followed very closely in Ankara."

Calls for a political solution

"The problem is that nobody in the world has a solution at the moment to the civil war in Syria," Hippler continued. "That's also true of Turkey."

Both Steinbach and Hippler said Turkey cannot solve the Syrian problem and would be better advised to try finding a solution to Turkey's internal conflict with Kurds. The experts also agreed that is only possible through political means.

"One can only appeal to the Turkish head of government, Erdogan, to finally undertake the brave steps," Steinbach said.

Steinbach added the first step would be to create a new Turkish identity encompassing all religious and ethnic minorities. He also said the Kurds should be approached in order to strengthen democracy.

On the other side, Hippler pointed to the fact that Kurdish participation in politics and society has not been possible up to the present. He called for Turkey to give Kurdish culture and politicians the space they deserve within Turkish society.

As the Assad regime loses ground in the Syrian civil war, ethnic Kurds are gaining more and more leverage. Kurdish leaders have not been able to unify, but neighboring countries are already alarmed. (16.08.2012)

As Syria's crisis deepens, Turkey is greatly concerned about a PKK-controlled Kurdish state in Turkey's immediate neighborhood. Ankara's fear is not a Greater Kurdistan, but a PKK-controlled semi-state, analysts say. (31.07.2012)