Wide-ranging new sanctions are designed to isolate anyone doing business with Bashar Assad's government. But with the population reeling from years of war, critics warn they could do even more damage. 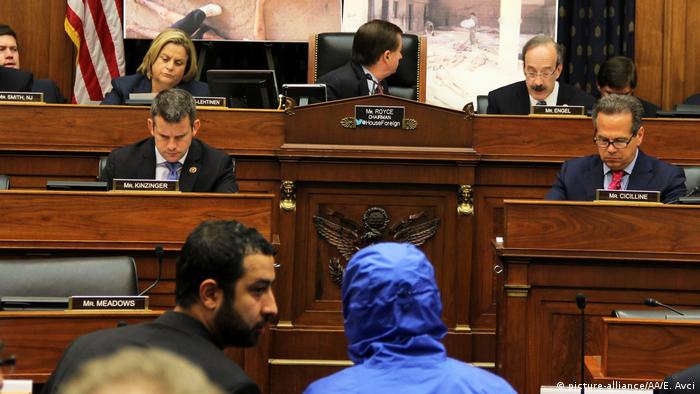 In 2014, a disguised former Syrian military police photographer codenamed "Caesar" sat before US Congress describing some of the 55,000 photos which investigators say show evidence of systematic torture and murder perpetrated by the Syrian government.

The images Caesar said he smuggled out of the country featured thousands of corpses whose eyes had been gouged, bodies maimed and other horrors at Syrian detention facilities. International investigators verified the images. The Syrian Justice Ministry called them fake.

Now — almost six years later, — the US will begin rolling out a range of new sanctions later this month — dubbed the Caesar Act — aimed at President Bashar Assad's regime and his international backers.

"From the beginning, this is what I'd hoped for," said Usahma Felix Darrah, the secretary of the German-Syrian NGO "Verband Deutsch-Syrischer Hilfsvereine," who also helped document Caesar's findings.

"Sanction anybody who does business with the regime, because there's no other way to negotiate with Assad," Darrah said. "There's no other leverage that we have. These are the cruelest murderers that you will find on the face of the earth." 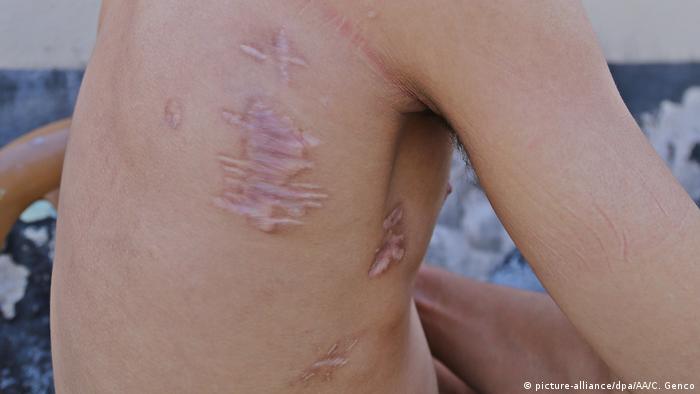 Existing US and European sanctions are aimed at powerful Syrian individuals and the oil sector. The new measures bring a different grade of severity altogether, Darrah said, with secondary sanctions targeting anyone who partners with the Syrian government.

The Act aims to close loopholes in existing sanctions regimes and penalize anyone doing business with Syria's central bank, air force and petroleum sectors. Foreign groups fighting on Assad's side are also targeted, as well as countries such as China, the UAE or Russia who might be interested in funding and carrying out reconstruction projects.

Advocates want to stymie reconstruction for two reasons: First, they say that Assad has expropriated the property of those who have fled and benefits from its rebuilding. That is part of a "demographic project … what some may even describe as ethnic cleansing," said Mouaz Moustafa, head of the US-based NGO Syrian Emergency Task Force, which also pushed for the bill.

Assad also offers lucrative reconstruction contracts to countries in return for them rehabilitating his legitimacy in the international community, Moustafa said.

"[The Act] robs the Assad regime of a military victory, if he's ever able to achieve it," he said.

Whether the new sanctions will weaken Assad's regime or push him to reform, resign or change his behavior is far from certain.

"The regime is facing unprecedented criticism from its loyalist base now because the economy has dropping into nothing," Darrah said. "People are faced with the harsh reality that Assad does not provide bread or freedom." 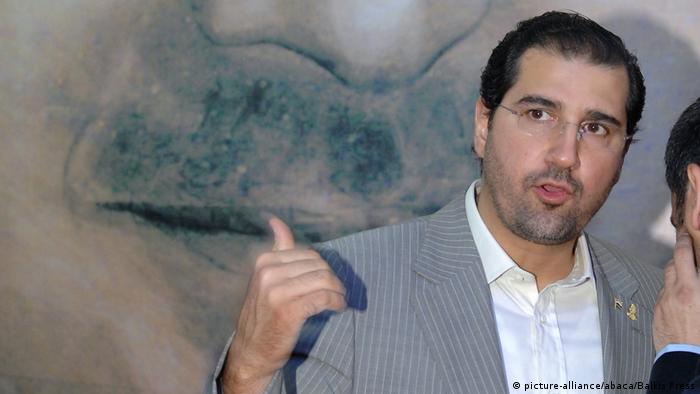 Indeed, the Caesar Act, coupled with Assad's recent public disowning of his cousin Rami Makhlouf, may make other loyalists nervous enough to start pulling their money out of the country and damage the regime's cohesion, according to an analysis by Kheder Khaddour in the Carnegie Middle East Center magazine Diwan. "The ensuing collapse could be incredibly destructive," Khaddour wrote.

But critics argue that if Assad didn't budge after losing three-quarters of Syria and suffering thousands of loyalist casualties, he is unlikely to be more flexible to secure investment money, according to Aron Lund, a fellow at the US-based think tank The Century Foundation.

"In that scenario, piling on more sanctions without a realistic endgame just means further impoverishment of the population and preventing the reconstruction that would be necessary to regain basic stability, enable displaced people to return and restart their lives," Lund said.

Some 80% of Syrians already face poverty. Their money's purchasing power has fallen through the floor, with the Syrian pound dropping to around 3% of its value against the US dollar before the war.

'Assad or we burn the country'

The bill's advocates say it contains important exemptions that minimize its impact on civilians while pointing out the existing devastation was caused by those targeted by the sanctions.

"At the same time, I don't think that this is the silver bullet that's going to end the regime or stop the war or end the killing or lead to a political process," said Moustafa, who worked on the Caesar project.

"But it is a very important tool that provides a ray of hope for the Syrian people and if it's used correctly with other important and relevant policies, it can be conducive to a political process and a political solution."

However, absent a broader coherent US policy on Syria, others are skeptical.

"Both sides seem to be operating on the principle of 'Assad or we burn the country,' unfortunately at cross purposes," said Lund.

"One side has shown itself willing to bomb, starve and shell Syrian cities to cinders to prevent Assad's removal. The other side seems just as determined to destroy Syria's economy and keep the war smoldering forever to stop Assad from claiming victory."

Victims of Syrian state torture are taking the stand in a Koblenz courtroom, in the world's first case of its kind. Many Syrians have been waiting for this moment and are hoping for justice. (05.06.2020)