Switzerland, though armed, not as violent as US | Europe | News and current affairs from around the continent | DW | 03.01.2013

After a gunman killed three people in a Swiss village, experts are examining how and why it happened. Although guns are almost as widespread as in the United States, shooting sprees in Switzerland are rare. 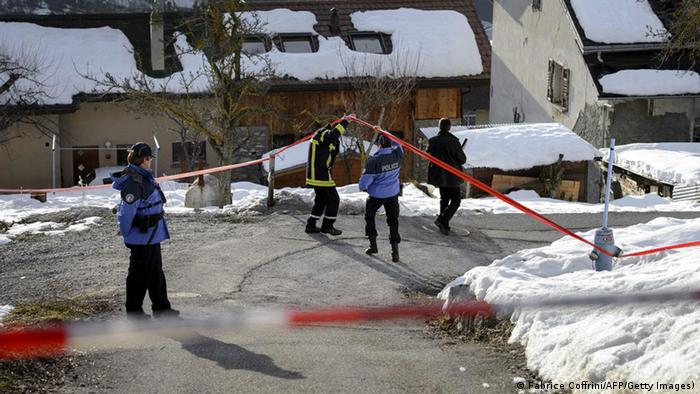 Gun ownership and recreational shooting are widespread in Switzerland. According to estimates - there are no official figures - at least one in every three of its less than eight million inhabitants holds a gun. In fact, after the US and Yemen, Switzerland ranks third on the list of most guns per person.

Willy Pfund, president of the Swiss weapons lobby ProTell, defended the high proportion of weapons in the small, heavily armed nation. "One must be prepared," he said. If enemies were to invade Switzerland, he explained, people would have to own weapons and know how to use them in order to defend themselves.

Pfund also emphasized that armed Swiss citizens have the duty to use their weapons responsibly. And they do, Pfund told Deutsche Welle - gun attacks are few and far between.

"Over the past 30 years, there have been between 45 and 55 homicides per year involving firearms, the figures have not changed much," Pfund said. "An element of risk always remains, no law can eliminate that." 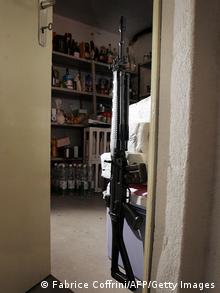 A mass shooting in the regional parliament in the canton of Zug in 2001 triggered a debate over gun control in Switzerland. Voters 10 years later rejected a proposal to tighten the country's liberal firearm laws in a referendum.

The Alpine country does not have a standing army; rather, a people's militia that can be mobilized quickly to defend Swiss neutrality. Service weapons are traditionally stored at home.

US weapons laws are much more liberal, Pfund pointed out, saying that contrary to common practice in several US states, Swiss are not allowed to carry loaded weapons in public places.

"Americans own weapons - but it is not enough to own them," Pfund argued. "You have to store a weapon responsibly, use it responsibly, and if there is reason to believe you cannot do that, the weapon must be taken away," Pfund said - words to heed in light of the tragic Newtown shooting in Connecticut.

Although weapons are widespread in both the US and Switzerland, crime rates in the two countries differ greatly - due, some experts say, not to differing weapons laws, but rather mentality and culture.

Christian Pfeiffer, head of the Hannover-based Criminological Research Institute of Lower Saxony, said that what matters more "is a person's upbringing, not whether weapons are available."

"A childhood in Switzerland is relatively free of violence; Swiss children grow up knowing tolerance and trust," he told Deutsche Welle. "Accepted practices of upbringing in the US are quite different."

Many point to the high level of violence in American television and film, not to mention violent video games played by children starting at a young age. 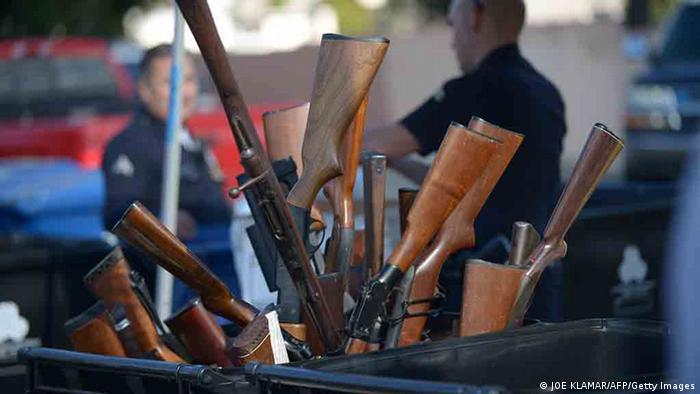 A step in the right direction: a gun buyback program run by the Los Angeles Police Department

Pfeiffer cited the example of corporal punishment, quoting a Human Rights Watch study reporting that in 2009, more than 200,000 American school students, mostly in southern states, were paddled by their teachers. Pfeiffer says the root of the problem is that parents throughout the country have a right to practice corporal punishment.

Pfeiffer urged Americans to focus on "analyzing the underlying causes: why are such violent rampages so much more frequent there than in Europe, and why do they think that owning weapons and dealing out severe punishments are the only ways of combating evil?"

He even indicated capital punishment is an extreme example of the effects of violence against children.

The former state justice minister is convinced that a total ban on the rights of teachers and parents to beat their children would be a good solution.

Banning the possession of assault rifles by private individuals is necessary, Pfeiffer added. "But the greatest chances of success in the long run come from mental disarmament."

Opinion: The NRA sticks to its guns

Following the Newtown massacre that left 27 dead, including 20 children, the NRA, the American gun lobby, has called for schools to be protected by armed security guards. Christina Bergmann comments. (22.12.2012)

How many weapons are in private possession in Germany? The question has emerged again after the shooting spree in Newtown, CT. A central registry aims to minimize the danger of similar incidents in the future in Germany. (18.12.2012)

Weapons sales increase in US after shooting spree