How many weapons are in private possession in Germany? The question has emerged again after the shooting spree in Newtown, CT. A central registry aims to minimize the danger of similar incidents in the future in Germany. 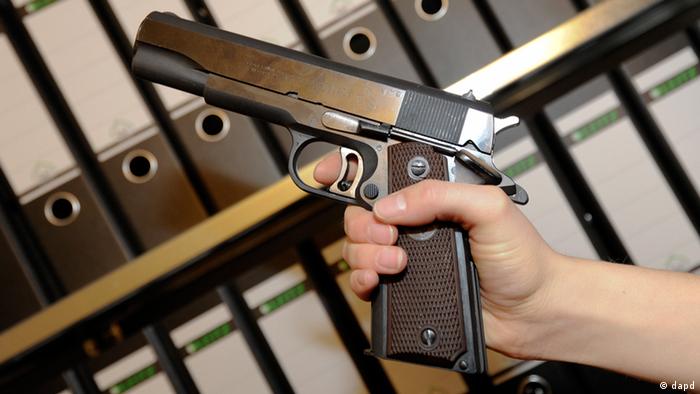 The Federal Ministry of the Interior in Germany estimates that around six million weapons in Germany are in circulation legally. But beginning next year, security officials will be less dependent on conjecture. The National Weapon Registry (NWR), housed in Cologne, will be ready for use on January 1, 2013. A test phase including the participation of 10 weapons offices has been completed successfully.

The databank will collect and summarize information from the nearly 600 weapon permit offices in Germany. Collecting this data fulfils an EU requirement, which specifies that all member states must implement a digital and up-to-date register of weapons by 2014. 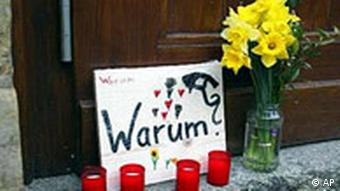 Following the Erfurt shootings, the bereaved asked 'Why?'

On April 26, 2012, the German parliament passed the law that would establish the registry. That date marked ten years since a school shooting in a high school in Erfurt, Germany. On the morning of April 26, 2002, a 19-year-old pupil murdered staff and students in a high school from which he had been expelled.

The man fired shots unchecked for two hours, killing a total of 12 teachers, two students, a secretary, a police officer and himself.

Germany was shocked by the attack and began discussing tougher laws on weapons possession in the aftermath. But the legislative process didn't pick up steam until after a second mass murder in 2009, in which a 17-year-old pupil killed 16 people in the southern German town of Winnenden.

Legislators say the registry is designed to help German security officials get a clearer picture of where guns are held.

Part of the law's text reads: "The National Weapon Registry allows for mapping of weapons as well as weapons-related permits, exemptions, decrees, safeguarding and prohibitions to individual persons." 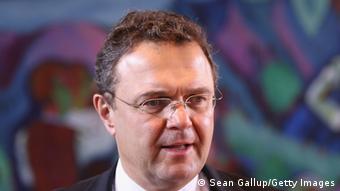 Minister Friedrich: the registry is a step in the right direction

The Cologne-based Federal Office of Administration, which coordinates administrative tasks for a number of other German ministries, will manage the weapons data and provide it to authorities when needed.

The registry represents a step up in quality, said Minister of the Interior Hans-Peter Friedrich, at its unveiling. But Friedrich went on to warn that the new database "will not stop any killing sprees per se."

The guns used in the 2002 and 2009 school killings support Friedrich's point. The Erfurt shooter was armed with a pump gun and a Glock 17, a large calibre pistol often used by SWAT teams. The shooter bought the weapons using falsified documents, meaning he did not acquire them legally.

In the Winnenden shooting spree, the killer also should not have been able to get his hands on a gun. He used a pistol registered to his father, after having stolen the weapon from the latter's bedroom.

The shootings in Erfurt and Winnenden have prompted numerous changes in Germany's weapons laws. Those who own guns for sporting purposes are now eligible to possess them from the age of 21 rather than 18, as was earlier the case. For hunters, the age limit was raised from 16 to 18. Those who are under 25 and wish to acquire sporting guns must also pass a psychological examination.

Regulations on the storage of guns have also become stricter. For example, German authorities may now come unannounced to gun owners' homes and require the residents to prove that their weapons are properly stored. 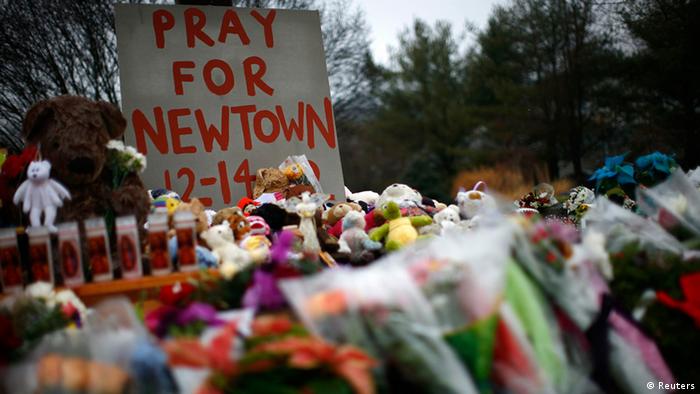 These gun law amendments do little to change the fact that large caliber weapons can still be used and purchased by recreational users. Still, the chairman of the German police union, Bernhard Witthaut, is satisfied with the laws in Germany, calling them "nuanced" and of a "high standard." However, Witthaut is displeased with what he calls a lack of personnel when it comes to carrying out the unannounced checks on gun owners at home.

Others criticize the gun laws as insufficient, like Gisela Mayer, who heads a political action group tied to the Winnenden shooting spree. Setting up a central registry for weapons is simply a matter of course and nothing more, she finds.

Words alone are not enough. The US president has to live up to his promise to act after the school shooting tragedy, says DW's Christina Bergmann. (17.12.2012)

Columbine, Virginia Tech, Fort Hood, Aurora and now Newtown - again and again, gruesome shootings have rocked the US. Consternation is widespread, but change to American gun laws is not expected soon. (15.12.2012)