Switching sides: defections at the Olympics

Over 200 nations have come together in London for the Summer Olympics, competing in the name of goodwill. But the Games also have a hidden side that's not often discussed. 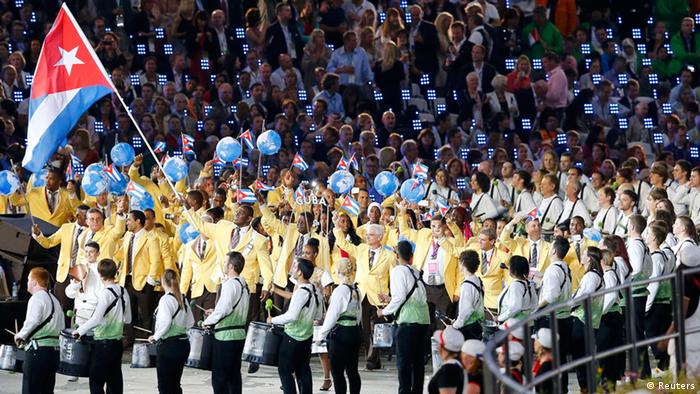 Defections - the voluntarily abandonment of allegiance to a country - have occurred at the Olympics for almost 70 years. The first Olympic defection was at the 1948 London Games, when International Gymnastics Federation (FIG) president Marie Provaznikova refused to return home to what was then Czechoslovakia, citing "lack of freedom" after the country's inclusion in the Soviet Bloc.

Often, people defect due to perceived danger or oppression in their home country, according to a 1992 study by professors at the University of Wisconsin and University of Missouri. While scientists, activists and politicians are more common, athletes are known to defect, too, such as when the entire Ethiopian men's soccer team took off while at a tournament in 1997, or the 600-plus East Germans that fled during the Cold War.

"Defections are the result of the existence of a totalitarian regime that exploit athletes by controlling their careers, taking most of the money they receive and giving them just a misery part of it in most cases," said Omar López Montenegro, Human Rights Director of the Cuban American National Foundation (CANF), a Miami-based non-profit.

The FIG president Provaznikova wouldn't be the last Olympic defection. In 1956, about half of Hungary's 100-strong Olympic delegation defected after the Hungarian Revolution was crushed by the Soviet Union. The athletes' anger at the Soviets led to the infamous "blood in the water" water polo match, where serious blows - some of which resulted in players bleeding profusely - had been exchanged by the end of Hungary's 4-0 defeat of the Soviets.

Information on Olympic defections is sparse at best.

When contacted, the IOC released this statement: "There is no stipulation relating to this subject contained in the Olympic Charter. The IOC does not keep a record of cases where athletes, other members of team delegations, or sporting officials may have defected while attending the Olympic Games."

But a bit of digging reveals some examples.

During the 1980 Moscow Olympics, five members of Afghanistan's delegation defected following the Soviet Union's invasion of the country. Five defections also took place at the 1976 Montreal Olympics - four of them from Romania. There were 117 defections in 1972 at the Munich Olympics as well. 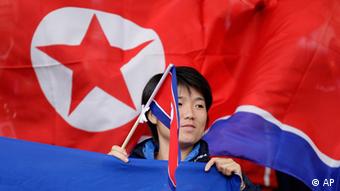 Cuba has probably had the most defections. Prior to competing in the 2008 Olympics, four Cuban boxers ran away at various times. Seven members of the under-23 soccer team fled from a hotel while competing in the Olympic qualifying tournament. And the Judo team suffered a blow when gold medal favorite Yurisel Laborde deserted the team in Miami less than three months before the Beijing Games were set to begin. This year, footballer Yosmel de Armas defected during an Olympic qualifying tournament in Tennessee, while two women's soccer players defected while competing in Canada.

According to the CANF's López Montenegro, Cuba often takes extreme measures to prevent athletes from defecting during an Olympics. He noted that Cuban delegations usually include "service personnel" who are actually political police agents, and that team captains are linked to state police.

"For the regime, not having a defection is as important, or sometimes even more important, than winning a medal," he said.

What's sometimes surprising is who doesn't defect. Almost every Olympics, many expect the North Korean delegation - enjoying the exceedingly rare privilege of travelling outside of North Korea - to refuse to return to the country known for its questionable human rights record.

Yet no evidence exists of North Korean athletes defecting at an Olympics. Some have speculated that the country's extensive use of propaganda, strict surveillance and threats of harm to athletes' families discourages defections.

North Korean officials declined to comment when contacted by DW.

So far, no athletes have defected in London. But observers will have a keen eye on the team from Eritrea.

Dozens of athletes have defected from the tiny African nation in the last decade to escape what is criticized as an authoritarian regime. Twelve Eritreans are competing in London, and all of them, Eritrean officials insisted, will be returning home.

Human Rights Watch Africa director Daniel Bekele isn't so sure. Speaking to Voice of America, Bekele said that Eritrea is becoming a pariah state not unlike the Soviet Union was.

“There has been a pattern of such kinds of defections," said Bekele. "These prominent defections from prominent sportsmen and women is a symbol of the seriousness of the problem."