DW talked to Franz Fischler, the EU's commissioner for agriculture from 1999 to 2004, about the biomass boom and whether it's a way out of the global energy crisis. 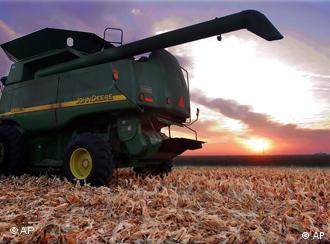 Deutsche Welle: Biomass is considered to be an important building block for securing future energy supplies. How would you assess the potential there for Europe and the rest of the world?

Franz Fischler: I think that biomass shouldn't only be seen as the raw material for energy supply, but more broadly as a renewable material. It can, for example, replace metals or other raw materials - not just oil or gas. The potential is fairly large, but is also limited. No one should think that we can just switch from an oil-based to a biomass-based economy right now.

The potential is particularly limited when we're dealing with fuel - also because there's one thing that cannot be questioned: that feeding the world has to have a higher priority than producing or using biomass for energy purposes. 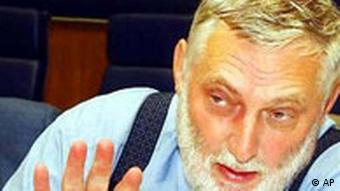 I think that you can't give a generalized answer to that. There are situations in which production of energy crops could definitely make sense. But as I said, these are not all that relevant. The EU's goal of meeting 10 percent of fuel consumption with biomass depends on second-generation biofuel - in other words, when bioethanol is no longer made from grain but from straw.

Heat, electricity and fuel can be produced with biomass. What use do you feel is most promising?

I'm an advocate of what's known as "cascade utilization" of biomass. In my opinion, biomass is much too valuable to just burn it or make biogas out of. I think that the various components that biomass is made from have to be used separately. And you can't forget that biomass offers a reservoir of chemicals that first have to be removed. The next step is then to make fuel from the cellulose - that is, the straw or grass - but a lot more research is necessary. Only what's left over should be burned. The same is true for wood.

How do you feel about the balance between food production and energy production?

I feel that without a doubt, food production needs to take priority. But we shouldn't forget that there are also grain and other biomass products ill-suited to human consumption that we can use with a clear ethical conscience.

Should there be international or EU regulation?

What does production of biomass mean for rural areas and ultimately, developing countries?

If you consider biomass in a broader context and not only in the context of its use as fuel, then it is apparent that it provides ample opportunities for provision of decentralized energy. The Guessing region in Austria, for example, is autonomous in its energy production. In this case, fuel provision plays a minor role. The focus is on using wood waste and straw as energy and producing various chemicals from biomass.

It's still early days for modern bioenergy use. Are the conditions for sensible use of bioenergy and research in the area helping maximize its potential and leading to its sustainability?

There is intensive research going on and these questions are the focus of the EU's current research program, but we are still a long way from reaching our targets. Liquefaction of biogas and the use of straw and wood waste and cellulose, for example, are still far from viable options. The challenge is not only one of technology but also of environmental relevance.

What role does the EU play in the development of these technologies?

On the one hand, the EU funds research and development, although only in response to applications - it doesn't commission R&D. On the other hand, it funds investments in production, especially in the area of rural development. What it doesn't do is directly subsidize production. It used to, but stopped because of the "Health Checks." The concept of obligatory land set aside was also done away with. The EU has turned away from its policy of larger subsidies for grain for energy production than grain for food production.

In March 2009, the EU drew up sustainability criteria for use of biomass. Can you tell us what they are?

These are still only draft criteria, based on the principle that standards need to be introduced to determine what kind of greenhouse gas savings should be achieved by sustainable biomass. There are diverging opinions on what the lowest level of carbon emissions should be. For biofuels, the European Commission's requirement was for a 30-percent savings, but a 50-percent savings appears to be a more likely target.

How important will biomass be by the mid-21st century?

Franz Fischler is the Chairman of the Eco-social Forum Austria for the Development of Bioenergy.