Swiss Vote in Favor of Free Movement Deal With Bulgaria, Romania | Europe | News and current affairs from around the continent | DW | 08.02.2009

Voters in Switzerland came out in favor of extending a free movement of labor deal with the European Union to include the bloc's two newest members by an unexpectedly large margin. 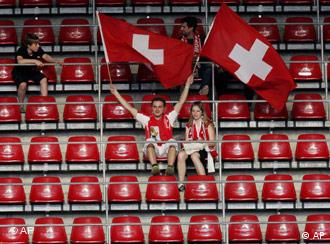 Swiss voters overwhelmingly supported a government-backed motion to extend cooperation with the European Union in a referendum held on Sunday, Feb. 8.

Official results showed 59.6 percent supported expanding the existing deal with 25 European states and allowing free access to citizens of the two youngest EU members Romania and Bulgaria, according to initial voting returns from the 26 Swiss cantons.

European Commission president Jose Manuel Barroso welcomed what he called an "excellent result" from the vote.

"This is a key agreement for relations between the European Union and Switzerland," he said in a statement. "The positive vote from the Swiss people opens the way to strengthening ties in areas of mutual interest."

The Swiss vote stands in contrast to growing calls for protectionism in other European nations, including British energy workers striking over foreign workers employed to work at an oil refinery as well striking French workers demanding pay increases and job protection. 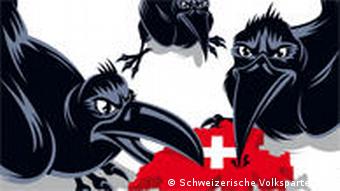 The SVP was against a "free ride for everyone"

Allowing EU citizens to work in Switzerland has supported the Swiss economy by helping the Alpine nation overcome a shortage of skilled workers. The deal also allows Swiss citizens to take up employment anywhere in the EU.

Supporters of the "yes" vote, including most Swiss politicians, business and social leaders, said closing the border to a pair of EU members would put Swiss ties to Brussels at risk and jeopardize the economy, which is already suffering under the global financial crisis.

Also using the economic crisis as a backdrop, opponents of the deal, led by the Swiss People's Party (SVP), stirred up fears that Bulgarian and Romanian immigrants posed a threat to Swiss jobs.

"I think that the leap into the unknown, fears about unforeseen consequences probably prompted those who were hesitant to vote yes," SVP parliamentarian Guy Parmelin said on Swiss television.

More than one million of Switzerland's 1.62 million foreign residents come from the European Union and elsewhere in western Europe. Their number has grown by nearly 200,000 since limits on employing EU citizens were gradually lifted from 2002.

Switzerland is looking a little less like a mountain fortress in the middle of Europe. The country officially joined the Schengen agreement on Friday, Dec. 12, opening its borders to much of Europe. (12.12.2008)

The majority of Swiss were in favor of Barack Obama's candidacy. But now that he's been elected, they may find out that they'll be asked to make more changes, especially in the financial sector, than they bargained for. (11.11.2008)

For years, dictators have been depositing their ill-won gains in Switzerland's banks. Now the country has started returning the money to the countries involved. But critics say it's not happening fast enough. (16.06.2008)