Switzerland Cracks Open its Borders to Europe | Europe| News and current affairs from around the continent | DW | 12.12.2008

Switzerland is looking a little less like a mountain fortress in the middle of Europe. The country officially joined the Schengen agreement on Friday, Dec. 12, opening its borders to much of Europe. 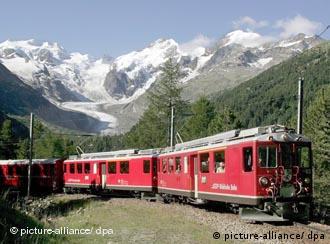 Switzerland will be easier to reach for those with Schengen visas

For the 700,000 commuters who cross the borders between European Union countries and Switzerland every day, life got just a little bit easier on Friday.

As clocks struck midnight, Switzerland officially joined the Schengen agreement, meaning passports will no longer be checked at the border crossings between the confederation and the rest of Europe.

"Schengen means" there will be "no systematic control of the borders anymore," Michaela Rickenbacker, the chief of the Swiss border police, told local radio.

However, she admitted, most systematic checks have already been removed. People will feel the difference, but only slightly. Border checks will remain in place for custom issues.

For non-EU residents, the big difference will be that a Schengen visa will get them into Switzerland, and a Swiss visa will grant them access to the rest of Europe. Passengers on flights between Swiss airports and other Schengen-zone destinations, however, will continue to have to show their passports until March 29, to allow for airports to implement necessary changes. 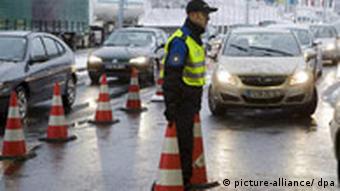 Driving into Switzerland will get a little easier

Swiss officials said they joined the agreement largely to gain access to Schengen security information, granting them better knowledge about terrorism, criminal threats and asylum seekers. The system also allows them to share their intelligence with other members.

"Previously, Switzerland was considered as an island" by the criminals, Hans Arzethauser, a spokesman for the Swiss border security force, told AFP news agency.

"This new system gives us one more security tool and helps us to identify wanted people, stolen vehicles and asylum seekers," he said.

Ironically, Switzerland will now have to put up a border crossing where it has not had one for decades, on the border with the tiny Principality of Liechtenstein. As the principality has no airport - except for a small heliport - and is landlocked between Austria and Switzerland, most people have no way in or out of the country without going through a Schengen country.

Schengen set to get bigger

Liechtenstein is tentatively set to join the agreement next year.

The Schengen passport-free zone was originally created by France, Germany, Belgium, the Netherlands and Luxembourg in 1985 near the Luxembourg town of Schengen. It was put into practice in 1990 and expanded to cover the larger EU in 1995, except for the islands of Britain and Ireland, which remained outside the pact.

Non-EU members Norway and Iceland also joined the zone in 2001, and in 2007, nine new EU member states, mostly in Central and Eastern Europe, joined as well.

Switzerland is set to join the 25-nation passport-free travel zone in Europe starting Dec. 12, after the European Union agreed to allow the non-EU member to lift passport controls at land borders. (27.11.2008)

Germany's finance minister has called on Switzerland to be added to a blacklist of tax havens. Peer Steinbrueck said the alpine country has refused to cooperate on taxation issues. (21.10.2008)

The EU and the US are edging closer to a deal ensuring data privacy as the two increasingly share sensitive information on their citizens such as credit card details and travel histories in the fight against terrorism. (02.07.2008)