Swiss hand over documents for US probe into FIFA

Switzerland has handed over the first package of bank documents to US authorities as part of a corruption investigation into top officials at FIFA. The Swiss also froze $80 million in 13 bank accounts. 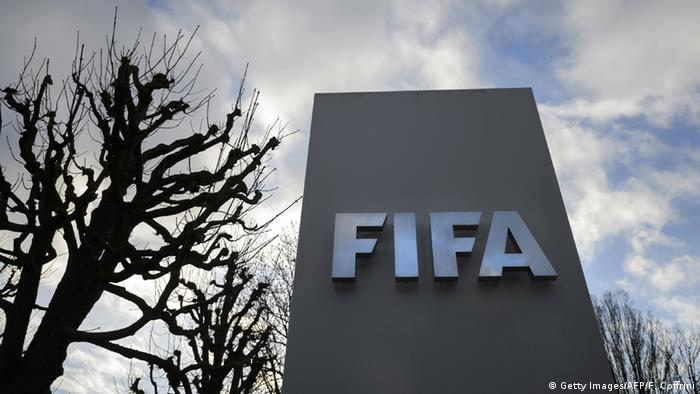 The evidence "relates to bank accounts allegedly used for bribes connected with the grant of marketing rights to soccer tournaments in Latin America and the USA," Switzerland's Federal Office of Justice (FOJ) said in a statement Wednesday.

The US Justice Department had asked for access to some 50 Swiss bank accounts held at 10 different banks, which the FOJ said it was examining to determine any connection with alleged bribery at the highest levels of the world soccer body.

"It is also determining whether these documents are required to pursue criminal proceedings in the USA, for example to reconstruct the flow of funds between different accounts," the FOJ said. 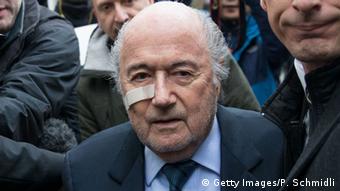 Blatter is suspected of "criminal mismanagement" in Switzerland

If it is decided they are relevant, the documents could be handed over to US authorities.

In six cases the FOJ handed over bank documents, while another three have been given final approval but must wait for an appeal period before being released to US investigators.

World soccer has been wracked by a bribery and corruption scandal that has already led to US charges against 39 people and two companies in a widening probe.

The investigation involves alleged bribery and kickback schemes of $200 million (180 million euros) tied to the marketing of major soccer tournaments and matches around the globe.

Separately, Switzerland has opened an investigation into alleged corruption during the bidding for the 2018 World Cup in Russia and 2022 World Cup in Qatar.

German authorities have also launched a probe into Germany's bid for the 2006 World Cup.

Swiss prosecutors are going after Sepp Blatter, who headed FIFA for 17 years before being banned from soccer by its ethics committee earlier this month. UEFA President Michel Platini was also suspended.

Swiss respond to other US requests

US investigators have also requested from Swiss authorities documents related to the soccer marketing agency ISL, which is believed to have been behind massive bribery within world soccer that includes Blatter and his predecessor Joao Havelange.

The FOJ said it is currently reviewing the US request to determine any relevance to the criminal case. ISL went into criminal bankruptcy in 2001.

Also on Wednesday, the FOJ said it had responded to a US request to freeze $80 million in 13 bank accounts. The assets could be handed over to US authorities if a US court provides a legally valid and enforceable seizure ruling, FOJ said.

World soccer has been thrown into disarray by the US indictments since being unsealed in May. The widening investigations have prompted calls for reforms to clean up and save the integrity of the world's most popular sport.