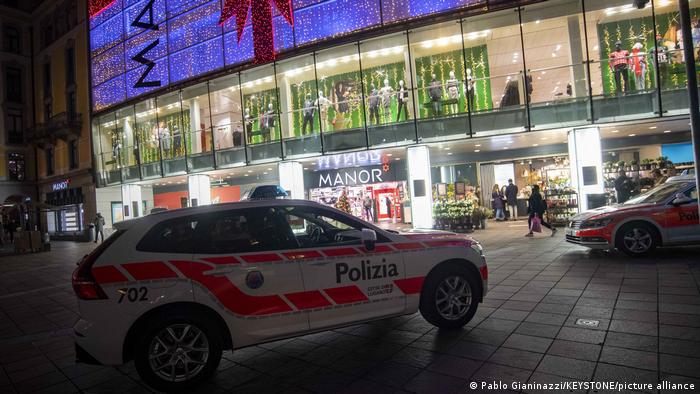 Swiss authorities are investigating a possible terrorist attack after two women were stabbed at a department store in the southern city of Lugano on Tuesday.

Cantonal police in Ticino said the women's injuries were not life-threatening and the suspect, a 28-year-old woman who lives in the area, was in custody.

The Swiss Federal Police announced in a tweet that the suspect "was known to police as having a jihadist background following investigations in 2017."

"A department store in Lugano was the scene of a suspected terrorist-motivated attack on several people," the federal Office of the Attorney General said in a statement.

Police said the suspected attacker had stabbed two women, wounding one in the neck with a sharp weapon.

The incident took place in the multimedia section of a Manor department store in the center of the city.

Passersby subdued the assailant until police made it to the scene, with some witnesses saying that she declared her affiliation to the group Islamic State during the attack, according to local media reports.

Switzerland itself has not seen the large-scale terrorist incidents that have recently taken place in neighboring countries, such as the attacks in Paris, Nice and Vienna.

However, two men were arrested in the town of Winterthur this month over links to the deadly shooting in Vienna.

The government has also identified hundreds of individuals as potential threats, as well as militants who have traveled to war zones.

Austrian Chancellor Sebastian Kurz condemned Tuesday's attack in Lugano, and vowed to work with Switzerland in a "joint response to Islamist terrorism in Europe."