Sweden's far-right: active, but not effective

Sweden's far-right scene hasn't been this active since the end of World War II, with attacks on mosques on the rise. But, on the whole, Sweden is becoming more open to other cultures. 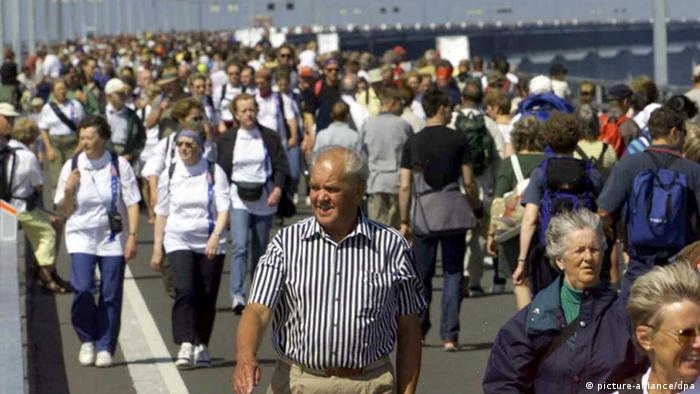 The church bells in Jönköping have been ringing for two hours. The last time that happened here was at the start of World War II in 1939. This time, they are meant as a warning against the new right-wing Party of the Swedes, which gathered for a demonstration in the streets of this town in central Sweden at the beginning of May.

Fredrik Hollertz, a pastor in Jönköping, is among those who initiated the tolling of the bells. "We see a threat to our open society. The dignity of every single person is in danger as well as the open way we've welcomed people in our country so far."

His view isn't unsubstantiated; neo-Nazi groups have never been more active in Sweden, according to a report by the "Expo" foundation, a research group that focuses on right-wing extremism. Demonstrations are on the rise, and there is increased propaganda on the Internet - as well as more leaflets being handed out. 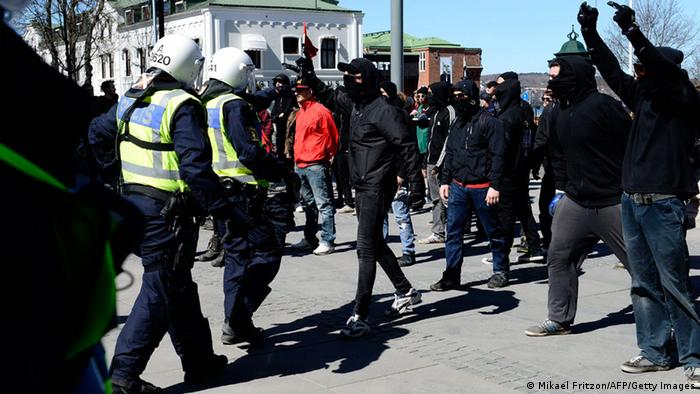 Right-and left-wing demonstrators clashed in Jönköping on May 1

"In 2013, we counted 2,333 activities of this kind, a 30 percent increase compared to last year," Anders Dalsbro, one of the authors of the report, told DW.

Dalsbro said one of the reasons could be the elections coming up in Sweden this year. In addition to this weekend's European vote, there will also be parliamentary and local elections. "The Party of the Swedes aims to win at least 10 seats at the local elections."

Sweden's Council of Muslims in Stockholm says a study conducted five years ago showed that four out of 10 Islamic communities had been subject to attacks - a trend that is on the rise. 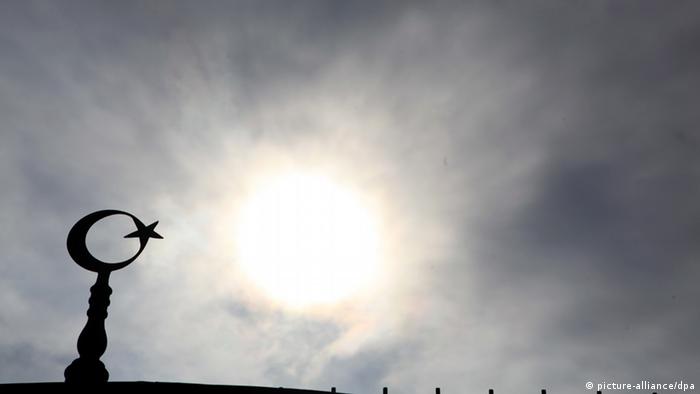 Attacks on mosques in Sweden have gone up dramatically

On average, there is at least one attack on each of Sweden's larger mosques: Swastikas are painted on the walls, knives and shards of glass placed in postboxes, or pigs' heads dropped on doorsteps.

A few months ago in south Stockholm, unknown attackers locked the door to a mosque from the outside, then smashed the windows while worshippers were inside. "It's only a matter of time before people are seriously hurt or even killed," fears Helena Hummasten, of the Stockholm council.

It seems like a contradiction, but despite the strong presence of the far-right, despite the parliamentary success of a xenophobic party and the rising attacks on mosques and prayer rooms, Swedish society overall is becoming more tolerant towards other cultures.

Political scientist Marie Demker, of the University of Gothenburg, indicates that in the last 20 years Swedes have gradually become more open towards a heterogenous society. She says the xenophobic and racist parties and groups, as isolated as they are, have simply become more visible to the public eye.

"There has always been a group of people opposed to immigration. What's new is that they now have a party that represents their views," she told DW. In the last few years, the Sweden Democrats have polished their image and tailored their politics, Demker explained.

She also said that Swedes usually stand up to right-wing groups, which has been confirmed by recent opinion polls. If those ring true, the Sweden Democrats will only receive 4.1 percent of the vote - not enough to enter the EU parliament.

French politician Marine Le Pen and her British colleague Nigel Farage are both opponents of the European Union. They may well rally significant support in the European elections in May 2014. (20.05.2014)

On Thursday the EU Parliament elections start in Great Britain. The UK Independence Party (UKIP) has gained popularity in Britain with its rhetoric on Europe and the freedom of movement. (16.05.2014)

Germany's newest party, the euroskeptic Alternative für Deutschland, is routinely dismissed as the German Tea Party. The AfD balks at the comparison, but its "party of reason" approach is not convincing pundits. (21.05.2014)