Sweden opens doors to Syrian refugees | Europe | News and current affairs from around the continent | DW | 07.09.2013

For Syrian refugees in Sweden, an announcement that they will be granted permanent residence is a blessing. Will other EU countries follow Sweden's example? And what about refugees who come therafter? 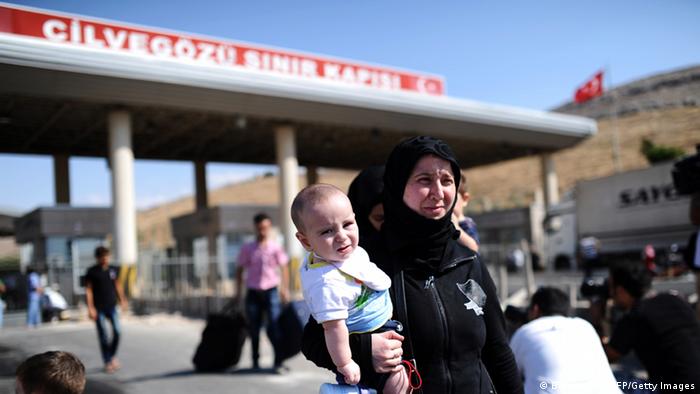 Sweden has become the first European Union country to send a positive signal to Syrians who have fled their country due to the ongoing civil war: permanent residency for those who have already made it into Sweden.

The decision, says Anders Danielsson, the director-general of Sweden's Migration Board, stems from the EU's failure to act on growing numbers of refugees.

"The conflict in Syria has heated up, to put it mildly," he said. "And we can assume that it's not going to be resolved in the foreseeable future."

Since 2012, 14,700 Syrians have fled to Sweden. Eight thousand of them are to receive permanent residency. The remaining 6,700 - as well as subsequent arrivals - may follow.

Danielsson knows the new rule may spur more Syrians to seek refuge in the Scandinavian country. And thpose refugees, too, are to benefit from the change in policy.

Permanent residency will offer Syrian refugees one thing above all else: security. But more important for the new arrivals is the legal right to bring family members to Sweden.

For Anders Danielsson, the ability to reunite families ripped apart by war is at the fore of new policy.

"That's perhaps the most important consequence for every individual - that one can be with one's family again, that family in Syria or anywhere else in the region can turn to a Swedish embassy." 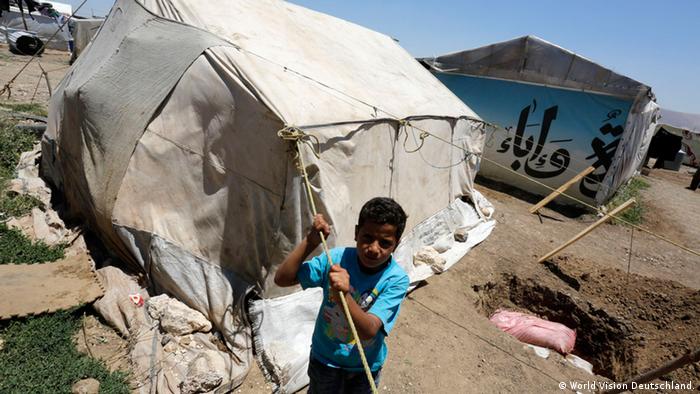 Human rights and refugee organizations have welcomed the decision by the Swedish immigration office. Karl Kopp, a European representative of German human rights NGO Pro Asyl, hopes that Sweden's liberal regulations can be implemented smoothly in practice. Refugees are often incapable of producing necessary documents and papers. Then again, how should they be able to, given the day-long trips that bring them to refugee camps and emergency shelters? In addition, foreign embassies and other offices are rarely open in the midst of a civil war.

"With all that chaos - especially with another military attack - we don't know how things are going to proceed in the country," Kopp told DW. "It's entirely possible that certain requirements are too high, and that people will fail to meet bureaucratic demands."

Since news of the policy shift became known, more than 1,600 refugees have registered to have their families relocated to Sweden. In typical refugee cases, individuals need to pay for the upkeep of their family. Many Syrians don't have the means or living space to insure that. Whether these constraints should also apply to Syrian refugees is at this point unknown.

"In spite of the approach, the humaneness could fail as a result of money," Kopp said.

The resolution by the Swedish immigration authorities was welcomed by European Commissioner of Home Affairs Cecilia Malmström, herself a Swedish politician. She has challenged other countries within the EU to follow Sweden's example.

With asylum numbers climbing dramatically at the moment, "The entire EU must be ready to respond with the solidarity measures available to them," said a spokesperson for Malmström in an interview with the AFP. 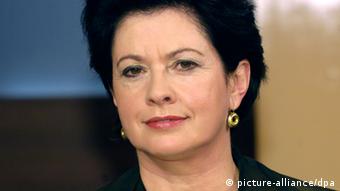 Trying to get Germany - and the EU - to help more refugees: Barbara Lochbihler

Green Party politician Barbara Lochbihler sits on the EU parliament's foreign affairs committee. As recently as December 2012, she visited a refugee camp near the Syrian border. The disastrous and inhuman conditions there, she says, are the responsibility of the commissioner Malmström.

"Malmström has to raise the pressure on EU countries," she told DW. "If she sets up the right framework, then the others will have to decide."

From tragedy to catastrophe

Beyond Sweden, Germany has agreed to take on 5,000 Syrian refugees. Austria's government also agreed to take 500. The exact number is decided by each EU member state, and, says Barbara Lochbihler, supporting refugees financially is not enough.

"When a military strike is being discussed, governments have to support Syrians. In light of the tragedy of the century, you can't just hope and feel sorry. You have to help concretely," she said.

With EU member states showing an unwillingness to take on refugees, the Green politician added, Germany could send a signal by accepting more refugees.

At Pro Asyl, Karl Popp also sees a need to raise the pressure on EU members and to give Syrians safe access to the European Union. "It's shameful and confusing that a debate about acceptance is taking place in Sweden and Germany, but not in the EU generally," he said.

Sweden is a particularly positive example in that its plans have received little domestic resistance. Concerns that Sweden will be unable to cope with increased waves of refugees have been few and far between.

As the humanitarian situation in Syria becomes increasingly dire, Cyprus is preparing for an influx of asylum seekers. DW looks at how the tiny Mediterranean island is looking to cope. (05.09.2013)

The meeting of the 20 leading industrial and emerging countries failed to move nations closer together in finding a solution for the Syria crisis. But there was progress on the issue of tax equity. (06.09.2013)