Sweden and Denmark to introduce digital vaccination certificate | News and current affairs from Germany and around the world | DW | 16.02.2021 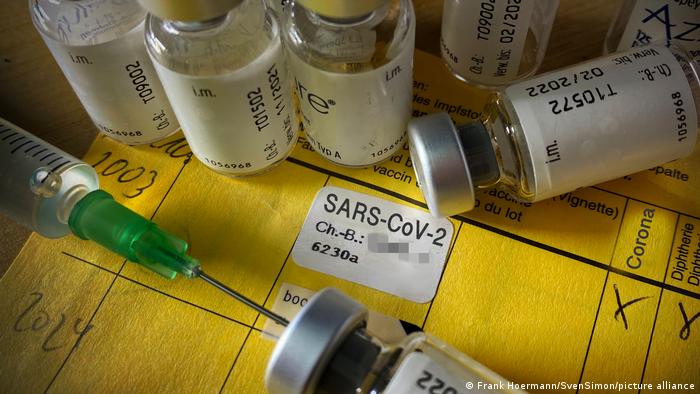 A number of countries are mulling digital vaccination certificates

Sweden made headlines by going its own way during the coronavirus pandemic. Instead of introducing restrictions like other EU countries, the government initially banked on the principle of herd immunity and then on people's common sense. Following the resulting high number of infections, the approach met with criticism. According to Johns Hopkins University, more than 600,000 people in Sweden have been infected with the coronavirus so far.

Now, along with Denmark, the country is taking a different approach once again — with plans to introduce a digital vaccination certificate by the summer.

The aim first and foremost is to provide proof of vaccination, according to Minister for Digital Development Anders Ygeman, that could become useful in the future, for instance when entering other countries or at cultural and sporting events. Various authorities are involved in the digital infrastructure for the vaccination certificate that is expected to be in place by June 1. Denmark has already announced its plans for a vaccination card intended to make life easier for people on business trips in particular. Proof of vaccination is to be provided via the Danish healthcare system's website or on the individual's mobile phone.

But initially, few people would benefit from the digital vaccination certificate. According to the Our World in Data online platform, 6.87% of the population in Denmark was vaccinated as of Feb. 14, and 4.53% in Sweden. The vaccination rate in both countries is similar to Germany's (4.95%) but far lower than in  Israel, where about 74% of the people have already been vaccinated against the coronavirus.

In fact is not clear whether a majority of Swedes will even be vaccinated. The country has been skeptical of jabs ever since a mass vaccination against swine flu about ten years ago had devastating health consequences for hundreds of children and young people when the flu shot was found to cause narcolepsy. It is considered one of the Sweden's biggest medical scandals and has not been forgotten.

While some have doubts about the vaccine itself, a vaccination certificate also raises questions. Controversially, it could result in privileges such as traveling and socializing. Critics fear this is tantamount to making vaccination compulsory.

German Interior Minister Horst Seehofer has argued that granting privileges to people who are vaccinated would divide society, and could also shatter faith in politicians, who have so far ruled out compulsory vaccination.

Critics also believe such a system would be unfair as long as there is a lack of vaccine to go around. Others could be excluded for reasons not in their power to change — for instance, people who suffer from severe allergies or take immunosuppressive drugs should only be vaccinated after consulting a doctor, and its effects on pregnant women and mothers nursing their babies have yet to researched.

Other European countries including Greece, Cyprus and Spain are also calling for a standard vaccination certificate so people who have received the jab can travel freely again and help revive the tourist sector. The global pandemic has battered the tourism sector

Poland and Romania are already waiving quarantine requirement for people crossing their respective borders if they are vaccinated against the coronavirus.

The EU is also considering a coronavirus vaccination document, although Health Commissioner Stella Kyriakides has recommended an EU-wide certificate rather than a "vaccination passport", a document that would merely provide medical information about when a person was vaccinated and with which vaccine.

Kyriakides hopes this would have scientific benefits, providing insight into the development of the virus as well as possibly delayed side effects. It would also allow for a more detailed follow-up, regardless of which European country you are in, she said. 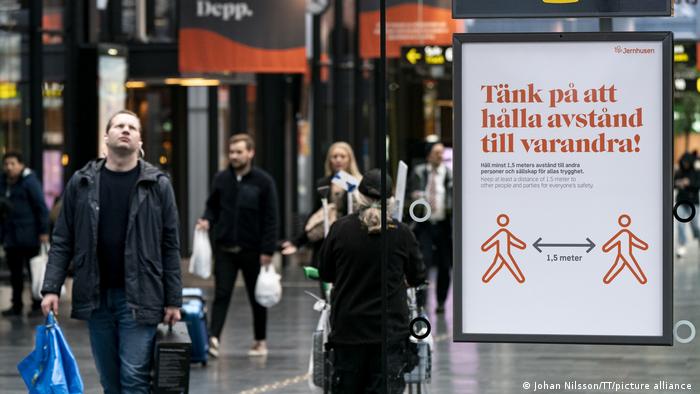 Sweden adjusted its COVID-19 strategy amid a second wave

At this point, Germany is unlikely to join the ranks of countries planning proof of vaccination. The country's Ethics Council recently spoke out against a vaccination certificate, arguing that it remains unclear whether vaccinated people can still spread the virus. Wearing a face mask and keeping a distance would still be advisable, they said, allowing that more leeway would be conceivable if it is established that vaccinated persons cannot transmit COVID-19.