Sweden's government, which has long shunned strict curbs, now has the power to act more forcefully to halt the spread of the coronavirus. The new law could be used any day amid a surge in cases. 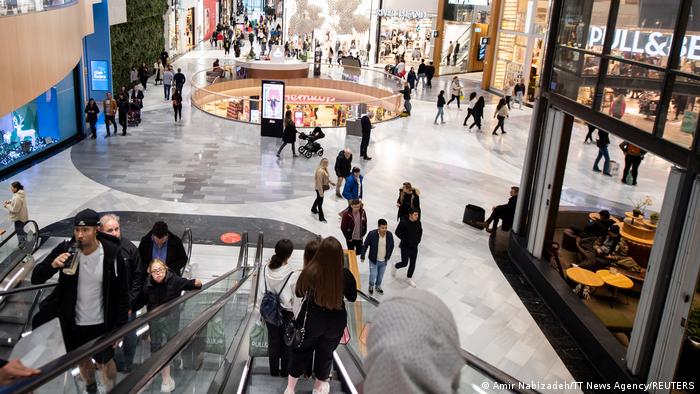 Sweden's new pandemic law allows the government to limit the number of people in shops, businesses and public places

Sweden's new emergency lockdown law went into effect on Sunday, granting the government the power to impose coronavirus-related curbs for the first time.

The measure comes nearly a year after the Nordic country ruled out the same strict public health measures that were implemented throughout the rest of Europe.

Until now, the Swedish government has relied mostly on the public following official health recommendations voluntarily.

But lawmakers passed the new pandemic law on Friday, allowing the government to "introduce special restrictions for both certain activities and places," according to a statement on the parliament's website.

The new law is expected to be used imminently.

"We see a great risk that we will be in a difficult situation for some time ahead,” Prime Minister Stefan Lofven told Swedish network SVT ahead of the law's passage. "And we will be using it in the near future."

The law permits the government to restrict the number of people in shops, businesses and public places including theaters and swimming pools. Authorities can also fine individuals for flouting coronavirus rules as well as order businesses to close in the case of violations.

"We will see if we can do more in public transport, but it could also be about gyms, sports facilities, events and businesses that operate premises for parties," Lofven said of the law’s application.

The decision comes as Sweden, which has the highest per capita COVID death rate of all Scandinavian countries, struggles to battle a second wave of the virus with emergency wards filling up to critical capacity.

In a separate decision implemented Thursday, face masks — though not mandatory —  are now being recommended for use during rush hour on public transportation.

The government's hands have also been tied by Sweden's constitution, which does not give ministers the power to impose a state of emergency, allowing a nationwide lockdown.

On Sunday, Sweden registered 489,471 coronavirus cases with 9,433 deaths, according to figures from Johns Hopkins University.