Suspected terrorists arrested in Germany, Norway | Europe| News and current affairs from around the continent | DW | 08.07.2010

Police say three men were arrested in Germany and Norway who are thought to be linked with the terrorist organization al Qaeda. The detainees are reported to have been planning a bomb attack in Oslo. 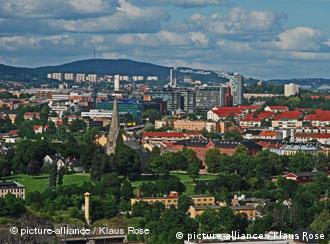 "Three people suspected ... of preparing a terrorist act and who have links to al-Qaeda have been arrested today," Janne Kristiansen, the head of the PST, confirmed reporters in Oslo.

National prosecutor Jan Glent told the press conference that the three had been "charged with having entered into a partnership to commit a terrorist act."

"We also think they have links to al-Qaeda and to similar attempts [at terror attacks] in New York and Manchester," he added.

Kristiansen said that two of the men had been arrested in Oslo and one in Germany after an extensive investigation lasting over a year. The police force would not give details as to the men's suspected plans, but reports say they were preparing a bomb attack in the Norwegian capital using portable bombs similar in design to those used in recently-thwarted attacks in New York City and Manchester, England.

Police refused to give the names of the suspects, but Kristiansen said one was a 39-year-old Norwegian citizen of Chinese Uighur origin. Another was a 37-year-old Iraqi Kurd and the third had come to Norway from Uzbekistan as an asylum-seeker. Both foreign nationals, she said, were legal residents of Norway.

Kristiansen said the international arrests were the result of cooperation between Norwegian and other European intelligence agencies, although she would not say which. 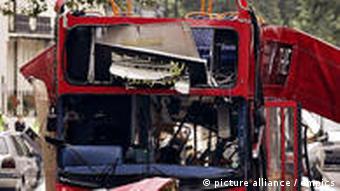 Terrorism expert Rolf Tophoven of the Institute for Terrorism Research and Security Policy, told Deutsche Welle that Thursday's arrests were "evidence" that Europe's intelligence agencies were on "highest alert."

Tophoven likened the fight against terrorism to an Olympic marathon that never ended, with both intelligence forces and terrorists constantly gaining speed.

He added that, because of interagency communication, he believed the fight against terrorism was more effective in Europe than in the United States, where intelligence agencies like the FBI and the CIA notoriously compete with each other.

"There's much more sharing of information and intelligence than there was in the 1980s and 1990s," he said. "[September 11] did bring home the lesson that one nation alone can not stand up against that type of threat, so we have to cooperate and we have to share information."

Norwegian authorities stressed that the threat of terrorism in Norway was normally low and remained low.

Schiller believes that to truly fight terrorism, Europe must have stronger, more united policies on its handling of the nations that support terrorists.

These arrests, he said, are a "tactical event" but "in the long run, [arresting people alone] is not a strategy."

Taliban claim a German arrested in Pakistan was their 'comrade'

A German citizen arrested near a militant stronghold in Pakistan appears to be affiliated to terrorism. A Taliban spokesman called him "our comrade", and local security officials say he was linked to al Qaeda. (22.06.2010)

German current affairs magazine Der Spiegel has reported that another German Islamist appears to have been killed in Pakistan. How do German citizens get involved with radical terrorist groups? (11.05.2010)