One in two Germans would vaccinate against the virus, if a vaccine were to be made available, according to a survey released by YouGov. One in five said they would not be vaccinated. 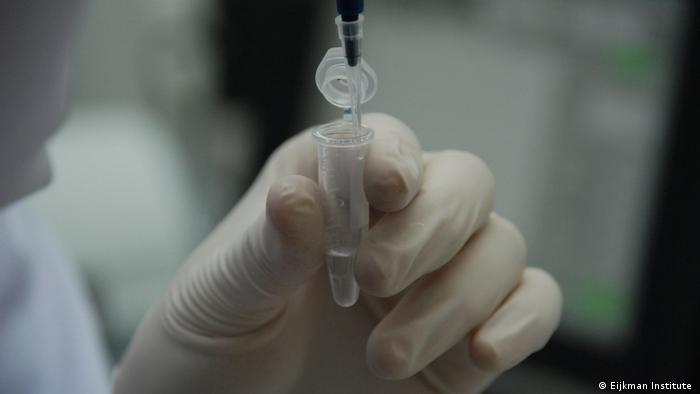 One in two Germans would be vaccinated against coronavirus, if a vaccine became available, according to a survey released by YouGov, on behalf of the German Press Agency. A further one in four would perhaps get the vaccine, while one in five of the 2,056 respondents said they would not be vaccinated.

Men were also more readily willing to be vaccinated than female respondents.

Germans are generally divided about the need for vaccination against coronavirus: While 44% of those surveyed advocated for it, 40% opposed it.

No vaccine against the virus is currently available, and while clinical trials of vaccines have begun, experts believe that it could take over a year for one to be safely developed and approved. Large-scale clinical trials could also involve the vaccination of certain population groups before the vaccine is widely dispersed.

A major topic surrounding the vaccination issue is whether or not that vaccine will be made compulsory for citizens. However, the government has stressed that when a vaccine is available, it will not be made compulsory. Vaccination against measles for children and staff in schools and daycare centers has, however, been mandatory since March.

According to the German Infection Protection Act, mandatory vaccinations cannot be imposed by the federal government but can only be decided jointly by the federal and state governments to protect "threatened sections of the population." Citizens can only be forced to use the vaccines in special cases, as it could violate Article 2 of Germany's Basic Law, that "everyone has the right to life and physical integrity."

A flattened curve, for now

German Chancellor Angela Merkel said on Saturday that Germany had "passed" the coronavirus test so far, but that some work still lay ahead.

The number of new cases has seen a steep decline since coronavirus-related restrictions were introduced in March. Many of those measures have now been lifted, while restaurants, bars and other establishments have reopened in recent weeks.

The reproduction rate, Germany's benchmark figure for determining when to loosen restrictions, was 1.04 on Saturday, meaning that each infected person was spreading the disease to one or more persons. However, the seven-day reproduction rate was 0.90 on Sunday, reflecting an average of the last 8-16 days, according to the Robert Koch Institute (RKI), Germany's public health agency.

lc/rc (dpa)
Every day, DW's editors send out a selection of the day's hard news and quality feature journalism. Sign up for the newsletter here.

What is in Germany's new 'pandemic law?'

The Bundestag is to expand testing, provide more compensation to health care workers, and make more flu vaccines available. DW looks at a rundown of the details. (14.05.2020)