"We can do this," German Chancellor Angela Merkel said a year ago. Was she right - or has Germany gone too far by admitting well over one million migrants? DW commissioned an opinion poll to find out. 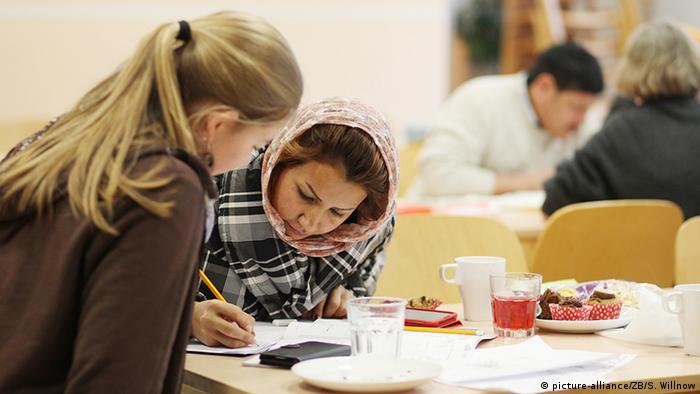 They are images full of symbolism: Men, women and children, many from Syria, Afghanistan and Iraq, marching north in a never-ending stream along the so-called "Balkan route."

Hundreds of thousands of migrants arrived in Germany, beginning in the summer of 2015. "We can do it," Chancellor Angela Merkel said in Berlin on August 31. It is a phrase that has guided her open-door migration policy.

Has the policy changed Germany and if so, how? DW commissioned the Infratest Dimap polling institute to ask citizens what they think. The representative poll sought the opinions of approximately 1,000 registered German voters during the period from August 15 to 17.

Participants were given four statements on the possible outcome of the migration policy and asked if they tended to agree or disagree with the statements.

The costs associated with supporting the migrants are estimated as a minimum of 15 billion euros ($17 billion) per year. Those who arrive first have to be housed and fed. Integration is only possible if people learn German and are educated. Teachers are needed for this, as well as for the education and care of children in daycare and schools.

Will this overtax the German education and social system? Yes, said a slim majority of those surveyed. 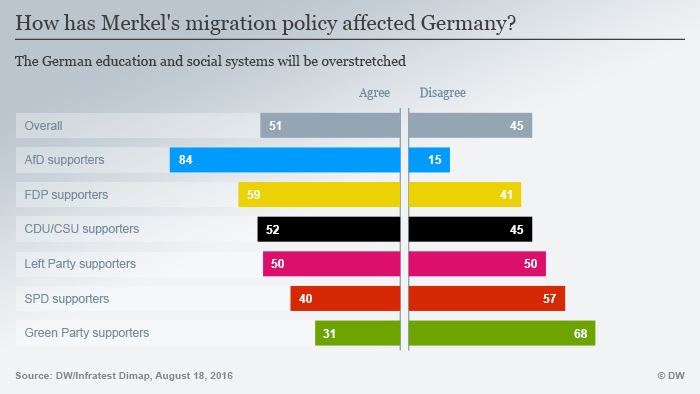 An overloaded education and social system is a fear held in particular by the supporters of the populist "Alternative for Germany" (AfD) party. Only 15 out of 100 AfD supporters who participated in the survey did not agree with this statement.

Someone able to speak German, who is educated and able-bodied, should have a good chance of finding a position in the German job market. Germany is facing an enormous demographic challenge. People are aging and leaving the workforce without a large enough younger generation to follow them. This is felt, in particular, by companies.

For every 100 unemployed people there are about 200 open positions for skilled personnel. Can the migrants and refugees fill this gap? 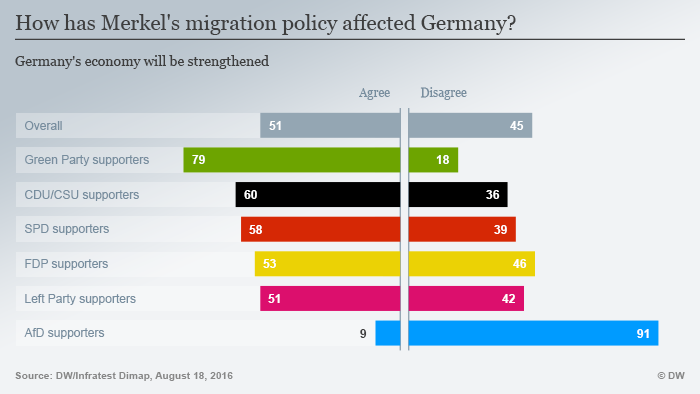 The answer is not quite so simple. In Germany, the fields of mechanical engineering, the automobile industry and electrical engineering account for 20 percent of the country's economic output. These industries, however, have no such tradition in the migrants' countries of origin. For this reason they almost completely lack the needed qualifications. Despite this, a narrow majority of the survey participants are of the opinion that migrant workers will strengthen the German economy.

As with the question regarding the education and social system, AfD supporters can see no benefit to the job market due to the arrival of migrants. Nine out of 10 AfD survey participants held this view. But quite independently of political preference, it is young Germans and those with higher educational qualifications or higher income who hold the opinion that the refugees will strengthen the German economy. Those who are over 50 and people with only basic school qualifications tend not to agree.

The arrival in refugees will not only have consequences for the economy, but also for society in general. Germany is already home to many people with foreign roots, especially in the major cities. This is likely to increase in the future. What do Germans think of this development? 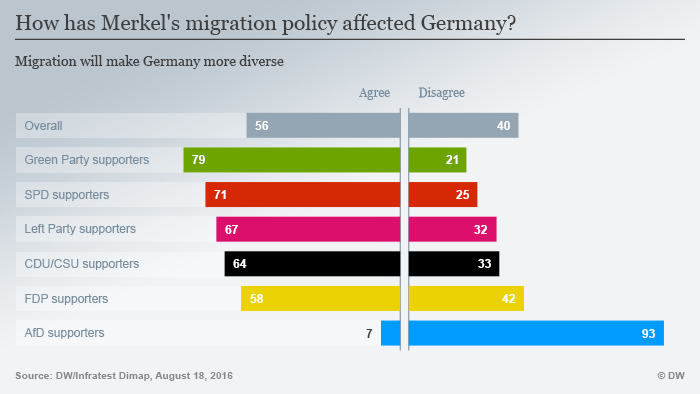 Here, too, political affiliation plays a secondary role, with young and highly educated Germans most likely to welcome a "multicultural" society. They also tend most strongly to reject a connection between Merkel's migration policy and the increase in terror attacks. Meanwhile, older and less educated the survey participants tend to hold the opinion that Germany will have to face more terror attacks in the future.

But political affiliation is decisive in regards to this question about terrorism. Only 7 percent of AfD supporters were of the opinion that there will not be more terror attacks in Germany in the future. 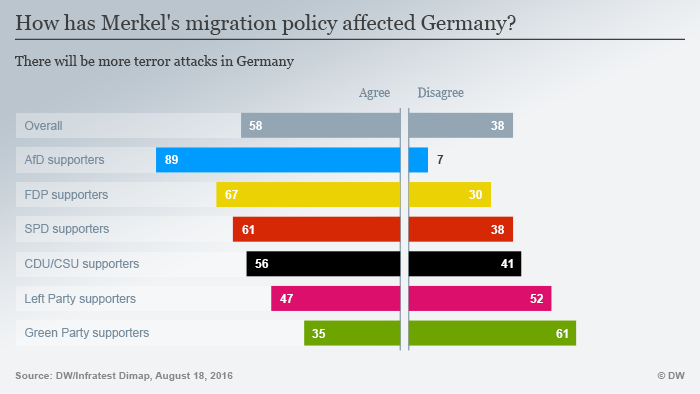 The result of the survey shows that Germans have range of views on Merkel's migration policy. The strengths and weaknesses are evenly balanced.

The mayor of Berlin has warned that Germany's populist right AfD party could expand its reach in the capital in upcoming local elections. The anti-immigrant party has enjoyed a surge in support during the refugee crisis. (21.08.2016)

For many refugees, Germany is like a modern El Dorado - a land of boundless prosperity, good education and jobs. Nidal Rashow is a migrant from Syria who has achieved everything most of his compatriots only dream of. (19.08.2016)