Bosnian war veterans took to the streets of Sarajevo to express their support to Bosniak ex-general Atif Dudakovic. Prosecutors suspect Dudakovic of war crimes against Serbs, but also Bosniaks loyal to other leaders. 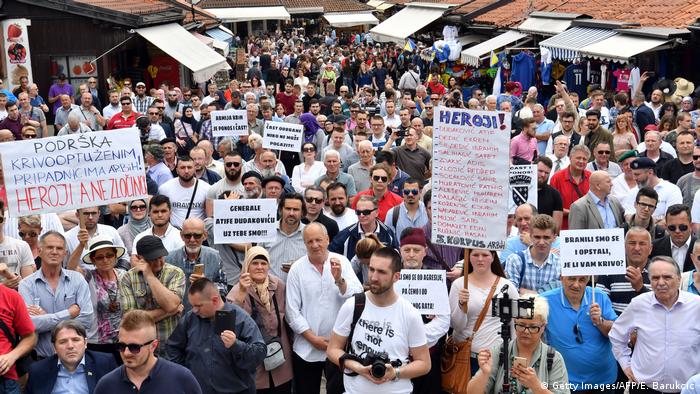 Around 100 war veterans rallied with other citizens in downtown Sarajevo on Friday over the recent arrest of Bosniak wartime commander and top army general Atif Dudakovic. The popular military leader is suspected of committing atrocities in the closing months of the 1992-1995 war in Bosnia-Herzegovina.

The protesters carried a large banner reading "Heroes, not criminals!" in reference to Dudakovic and 12 other members of the Bosnian army's 5th Corps, who were briefly detained alongside him last week. 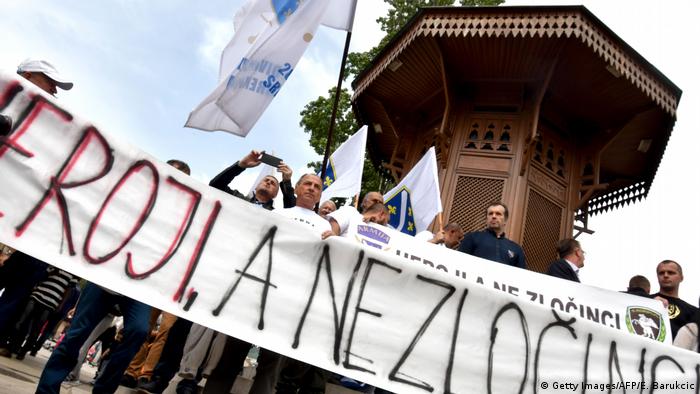 "Heroes, not criminals" the banners said

Regional politican Muharem Fiso, the minister for veteran affairs of the Sarajevo Canton, told the crowd that the Bosniak army was not "criminal" in its efforts to defend the Bosniak majority against ethnic Serbs and Croats.

"After our honorable battle, we have lived to see the day when we must defend the honor of our generals," Fiso said.

Veteran Sanin Musa described Dudakovic as a "symbol of the defense of Bosnia and Bosnians." 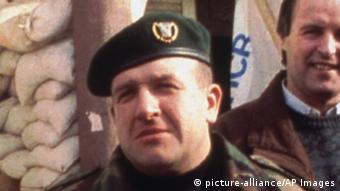 The 64-year-old Dudakovic and other suspects were released two days after the arrest last Friday, with the court rejecting the prosecutors' demand to keep them in jail for fear of influencing witnesses.

Prosecutors have claimed Dudakovic committed war crimes against both Serbs and his fellow Bosniaks close to Fikret Abdić, a Bosniak politician who opposed Bosniak leadership during the war. The authorities say the case against the group was based on more than 100 witness interviews, video footage and evidence from exhumations.

Dudakovic rejected the charges and denounced the video footage as fabricated.

Tensions are still running high across former Yugoslavia even a generation after the bloody break-up in the 1990s. Some 100,000 people were killed in Bosnia alone, with wars in Croatia and Kosovo also claiming thousands of lives.