Sunnis, Shiites locked in an endless conflict | Middle East| News and analysis of events in the Arab world | DW | 05.01.2016

Iran and Saudi Arabia are stoking the denominational conflict between Sunnis and Shiites. Both sides are attempting to exploit an inner-Islamic conflict that has been raging for more than 1,300 years. 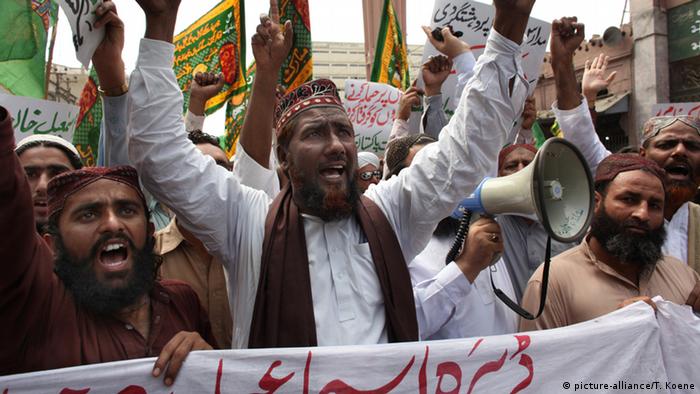 The words used by Iran's Supreme Leader Ayatollah Ali Khamenei were harsh. Following the execution of Shiite cleric Nimr Baqr al-Nimr, he threatened that, "The unjustly spilled blood of this oppressed martyr will with no doubt show its effect, and divine vengeance will befall Saudi politicians."

Like many religious scholars in Iran, Khamenei wears a black turban as a symbol of filiation with the family of the Islamic prophet Mohammed. The Saudi royal family also invokes Mohammed and Islam.

However, Shiite Iran and Sunni Saudi Arabia are also rivals for political supremacy in the Middle East. In this rivalry, both sides seek to tie political goals to religious interpretations. Within such a context, the execution of al-Nimr appears to be just one more episode in the long history of an inner-Islamic power struggle.

Fight over the Prophet's successor

The division of Islam into the branches of Sunni and Shia arose from a battle over the rightful successor to the prophet Mohammed. When the Islamic prophet died in the year AD 632, his followers had to choose his religious and political successor.

Shiites believed that Mohammed had chosen his son-in-law Ali to be that successor. The designation Shia comes from the Arabic "Shi'atu Ali," or followers of Ali.

The group now referred to as Sunnis rejected the claim and prevailed. The term Sunnah refers to the ideal of the actions and utterances of the Prophet Mohammed. 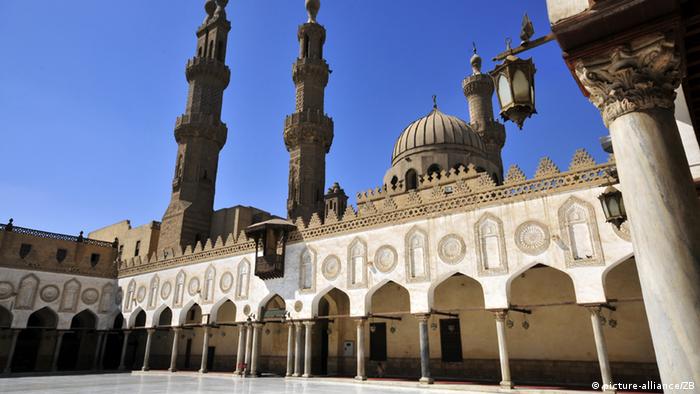 The Al-Azhar Mosque in Cairo

Shiites in the minority

Both the Sunnis and the Shiites split into further groups over the course of the centuries. Shiites represent only 10 to 15 percent of the world's 1.5 billion Muslims, yet they constitute a majority in the Gulf states of Iran, Iraq and Bahrain. The two million or so Shiites that live in the oil-rich provinces of Saudi Arabia, however, are a much-bullied minority. Sunnis themselves are not a unified block and consist of a great number of different groups.

There are, nonetheless, many religious similarities among all groups on both sides of the divide. The Five Pillars of Islam - Testimony, Prayer, Fasting, Pilgrimage to Mecca and Alms-giving, are practically identical among all denominations, although they vary greatly in their details.

A significant difference between the Sunni and Shia branches of Islam are their individual relationships to power. Throughout history, the Shiites have mostly been a discriminated minority. That has shaped their theology. Revolts against Sunni caliphs, considered illegitimate by the Shia, have played a central role in that theology.

In AD 680, Ali's son Hussein died during such a revolt. Each year Shiites recall his death by re-enacting passion plays during the feast of Ashura. This commemoration is also kept alive in today's conflicts. For instance, Hussein's willingness to die on the battlefield was held up as a role model during Iran's war against Iraq from 1980 to 1988.

Sunnis and Shiites also faced off against one another in the wars fought between the Sunni Ottoman Empire and the Shiite Shah of Persia, today's Iran. Just how important these denominational differences and the historical references connected to them are in mobilizing large sections of the population can be seen in the proxy wars being carried out by Iran and Saudi Arabia today. Iran supports, above all, non-Sunni groups in the civil wars taking place in Syria and Yemen, whereas the Saudis have forged alliances with predominantly Sunni states.

But beyond the religious propaganda, there are in fact many examples of peaceful coexistence. Representatives from both branches have often attempted to bridge their religious divides. In 1959, Mahmud Shaltut, then rector of Egypt's Al-Azhar University, declared that Shia religious practices were equal to those of Sunni Islam. Al-Azhar University is considered to be the most prestigious of all places of Sunni scholarship.

In 2005, King Abdullah ll of Jordan organized an Islamic conference which brought together Sunni and Shiite scholars. These scholars agreed that both branches are in fact Muslim. "To declare someone as an apostate (nonbeliever) is neither possible nor permissible," said their joint statement, later known as the Three Points of the Amman Message.

The now deceased King Abdallah of Saudi Arabia was also a signatory of the declaration. Nevertheless, that has not kept preachers in the kingdom from declaring Shiites to be infidels. The leaders of the Sunni extremist militia "Islamic State" as well as other Sunni Islamists continue to do so as well.

On the other hand, thousands of Shiites volunteer as mercenaries because they feel that their religion is under threat. Islam does not have a superior religious authority that could put an end to the exploitation of these differences.

Saudi Arabia's UN ambassador has said ties would be restored when Iran stops "interfering" in other countries' internal affairs. The dispute follows an attack on Saudi diplomatic missions in Iran over the weekend. (05.01.2016)

Sunnis sign up to fight 'Islamic State' in Iraq

More than 1,000 Sunni fighters from Anbar province have joined a new anti-Islamic State militia launched by the Iraqi officials. The push against the IS Sunni extremists has so far been spearheaded by Shiite forces. (08.05.2015)