Sunnis and Shiites remain historical rivals | World | Breaking news and perspectives from around the globe | DW | 23.08.2012

The civil war in Syria is becoming a proxy war between Sunnis and Shiites, symbolized by Saudi Arabia and Iran. Their differences originated in the early days of Islam. 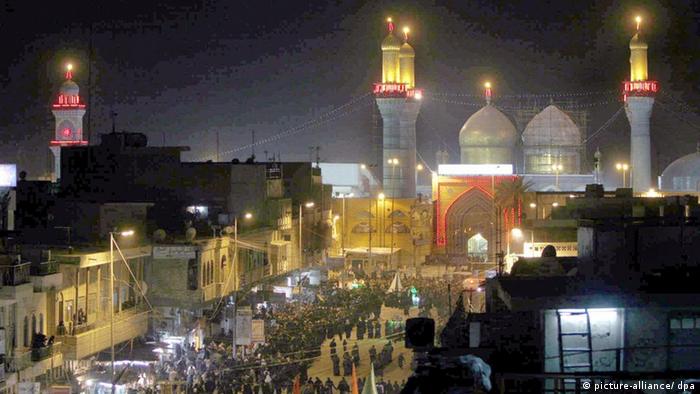 If the Prophet Mohammed had arranged a successor before his death in 632, the Islamic landscape could have turned out differently.

But as things turned out, the Prophet's fledging Islamic community disintegrated just 30 years after his death. The majority of Muslims joined a group that later became known as the Sunnis. A second group consisted of followers of Ali ibn Abi Talib, the cousin and son-in-law of Mohammed.

It is the "Shi' at Ali," the party of Ali from which the Shiites originated. Up to this day, the Shiites remain in the minority, accounting for between 10 to 15 percent of the more than 1.6 billion Muslims.

A personnel controversy was sparked in 632 by the question of how to correctly select Prophet Mohammed's successor, according to Lutz Berger, an Islamic scholar at the University of Kiel. "At the beginning, we had a political conflict about personnel decisions and group interests," he said. "Then the political conflict turned religious." 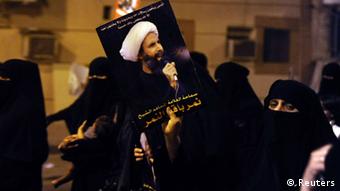 Protests followed the arrest of a Shiite preacher in Saudi Arabia

The debate about the rightful successor of Prophet Mohammed initially focused on the four "rightly guided" caliphs, agreed on by a majority vote. In 660, the Omayyad dynasty came to power. For those selecting the caliphs, it was of paramount importance they be members of Mohammed's tribe, the Quraysh.

Followers of Ali, however, believed the Prophet's successor should come from Mohammed's family. They argued that God himself had appointed Ali as the successor, that Mohammed had this succession recorded in writing before his death and that the Sunni erased it from the Koran. To this day, the Koran forgery charge has not been clearly withdrawn.

According to Berger, Ali was ambitious and bothered by not being able to succeed as the Prophet's successor. Finally, in 656, he was appointed the fourth and last legitimate caliph. His reign lasted just five years - until he was assassinated.

In Damascus, the newly forming center of Islamic power, the Umayyads had the say, while Ali followers secured supremacy in the frontier province of what is now Iraq. In 680 Ali's youngest son, Hussein, was elected counter-caliph. That same year, he was murdered by the Umayyads and buried in Karbala. With that, the foundation was laid for the permanent division between the Sunni and Shiites as well as the martyrdom cult in Shia Islam.

"In some ways, the Shiites were history's losers," says Berger. Ali and his successors failed to prevail in the entire Islamic community, resulting in a rather negative worldview and presumably Shia's own worldview that is shaped by a concept of suffering and salvation. 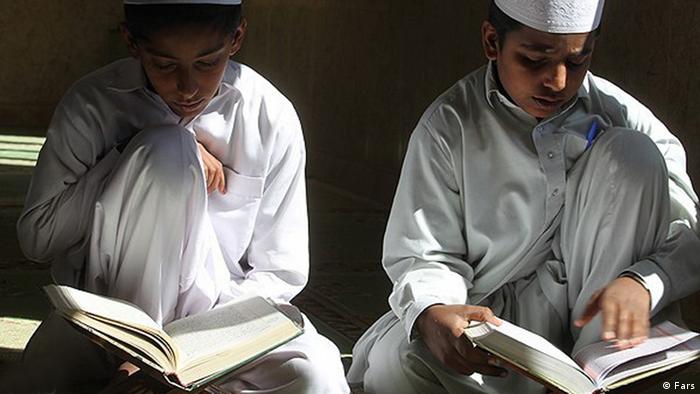 From a Shiite perspective, the religious leaders, the Imams, are chosen by God. At the end of time, a savoir will come to establish a divine kingdom of justice. Belief in the Imam is one of the main differences to the Sunnah, which is the passed down knowledge of Mohammed's words and deeds as guidance for Muslim life.

To Shiites, the Imam is a mediator between God and his follower because only the Imam alone knows the hidden meaning of the Koran and has the task of communicating it to the community. His teaching decisions are infallible; for the Shiites, his sayings have the same authority as the Koran.

For many Sunnis, that borders on heresy. "The Shiites are accused of deifying people and seeing in Ali, the Prophet's son-in-law and his successors as super-human figures, thus moving away from a basic principle of Islam; namely, that there is only one God and that people should not be worshiped.

If the Shiites see themselves more as losers by refusing to participate in the secular rule over the centuries, the "Sunnis, by comparison, are successful from the start," says Islamic scholar Berger. They were able to play down the conflicts of earlier times and viewed the Shiite domination claims as troublemaking. 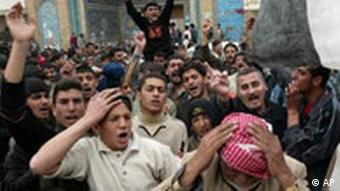 Iraqi Shiites rally at the ruins of a Shrine in Samarra

Even if the Sunnis and Shiites define themselves through their mutual rejection – as Berger puts it – phases of peaceful coexistence have historically alternated with those of religious-motivated clashes. The current political conflicts in the Islamic world are often religiously charged and show the some of the traditional conflicts between Sunnah and Shia. There are many examples, such as the civil wars in Syria and Iraq or the long-simmering conflict between Saudi Arabia and Iran, the only country where Shia is the state religion.

Worldwide, there are about 1.6 billion Muslims, of whom between 85 and 90 percent are estimated to be Sunnis. No exact numbers exist because many countries have no surveys of religious affiliation. Moreover, Shiites are not always willing to disclose their religious affiliation in a non-Shiite environment.

Countries from North Africa to the Sahara are mostly if not entirely Sunni. The same is true for Saudi Arabia, Indonesia and Bangladesh. Syria and the Palestine regions, too, are largely Sunni.

Iran is the only country where Shia is the state religion. The majority of the population in Iraq and Bahrain is also Shiite. About one third of Lebanon's population is Shiite. Notable Shiite populations also exist in Afghanistan, Kuwait, Pakistan and Syria.

Pakistani development experts and activists say the massacre of Shia Muslims in Gilgit-Baltistan and other northern parts of Pakistan is linked to ongoing development programs in the area and regional politics. (23.08.2012)

Salafis in Lebanon look confidently ahead

The situation in Lebanon is getting increasingly out of control as radical Sunnis openly challenge the dominant Shiite militant group Hezbollah. Many Lebanese sympathize with the Sunni hardliners. (21.08.2012)

While there is much talk of shared values and Islamic unity between Saudi Arabia and Iran, the two countries are engaged in a bitter rivalry to expand their influence in the Middle East. (18.08.2012)