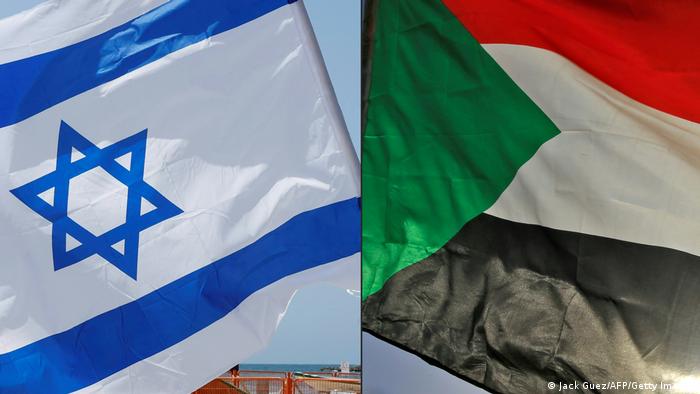 DW: Washington has announced that Sudan is normalizing ties with Israel. What does that mean?

Kristian Brakel: Above all, that the very symbolic decision to maintain no contact with Israel, neither diplomatic nor economic, will be lifted. It remains to be seen whether this will have extreme importance for the future of the Middle East. Diplomatic ties will certainly be established, as well as maybe cautious economic ties. But Sudan has totally different problems at the moment. Israel is not at the top of the list of priorities.

Israel and Sudan are not direct neighbors. Where does their conflict lie?

The decision to have no contact goes back to the declaration from the Arab League after the Six-Day War in 1967. It was decided at the time that there would be no diplomatic relations with Israel as long as Israel didn't abide by the United Nations resolutions. That means a withdrawal from the territories occupied at the time, including the Palestinian ones.

Then, over the past few years, there were other problems: The Israelis made the accusation that Hamas was buying weapons there and smuggling them into the country. Sudan also lies on the route that many refugees take to Israel. These are problems that have arisen recently and will probably shape diplomatic relations.

The countries didn't establish ties on their own accord, but as part of an agreement brokered by the United States. Ahead of this news, President Donald Trump announced that Sudan would be removed from the US terrorism blacklist. That was apparently a prerequisite for Sudan to normalize relations with Israel. What does it mean for Sudan that it is no longer on that list?

It's very important for Sudan. There have been American sanctions for years. There were also some EU restrictions, but they were not quite as far-reaching. The sanctions were imposed after the embassy attacks in Nairobi and Dar es Salaam, in which Osama bin Laden was involved. The al-Qaida leader also sought refuge in Sudan for a time. That is actually something the Sudanese had tried to set straight under former dictator Omar al-Bashir. After September 11, 2001, they worked very closely with the CIA. But they never managed to get off the sanctions list.

The sanctions were very tough because they stipulated that American banks couldn't do business with Sudan — similar to the current sanctions on Iran. For Sudanese firms that meant that they in effect could not receive outside investment, or only very little, and it wasn't possible to participate in the global market.

Sudan now has to pay compensation for its alleged involvement in the US embassy attacks in Tanzania and Kenya. The interim government has promised $335 million (€282 million). However, the country is in the midst of an economic crisis — in part because of US sanctions. How can Sudan raise such a huge sum?

Sudan doesn't possess great resources, but there is still the agreement with South Sudan over transit fees for oil that comes from the wells in southern Sudan. That gives Sudan a little bit of money still at least. There is a very unregulated, but to some extent lucrative, gold trade in Sudan. So there is still money available. But $335 million is a relatively small price to enter the global economy.

Was the deal bought, as Iran has claimed?

Yes, obviously it was bought. What's bought, however, is that the resumption of diplomatic relations has been accepted. Israel is relatively far away and is not currently the most urgent issue in the country. Clearly, this was only achieved with pressure. And that also leads to domestic upheaval, among other things, for the transitional government, which was already under great pressure.

Sudan has become the third Arab country that now intends to normalize ties with Israel, after the United Arab Emirates and Bahrain. What does that mean for the Middle East peace process?

I don't see a great effect on the Middle East peace process, which for many years has not deserved this name anyway and is also dead. Sudan also never played a central role in it. I think the issue that the Israelis are interested in working together on, above all things, is stemming weapons smuggling from Sudan to support Hamas and groups close to the Muslim Brotherhood.

Kristian Brakel is a political analyst focusing on North Africa and the Middle East at the German Council on Foreign Relations (DGAP).

The first flights from Israel to Morocco have taken off from Tel Aviv, just months after both countries signed a normalization deal. Ties soured during the Palestinian intifada of 2000-2005.

With an embassy in Tel Aviv, the UAE has plans to broaden economic ties with Israel after tourism, aviation and financial services deals. Israel's president called diplomatic ties to the UAE a milestone toward peace.

Naftali Bennett has been welcomed in Abu Dhabi in what he called a "historic" visit — the first of its kind after the two countries established diplomatic ties last year.