European and American policy makers quarreling about the effects of supplying Ukraine with lethal weapons should read a 2012 study on the issue. The results send a clear message. 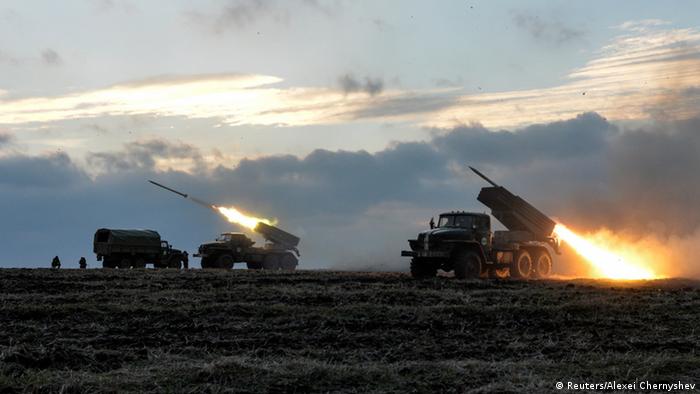 The heated debate over whether to supply lethal arms to the Ukrainian government to defend against Russian-backed separatists has caused considerable transatlantic friction, particularly during last weekend's Munich Security Conference. The arguments, often exchanged with much gusto, are easily summed up.

European politicians generally oppose arming Ukraine, saying it would only escalate and not end the conflict. Many American policy makers favor arming Ukraine, arguing it would increase the costs for Russia and force the Kremlin to enter into earnest negotiations. Even proponents of lethal military aid do generally not believe that external arms supplies would enable Kyiv to compete militarily with Moscow, or reverse the gains made by Russian-backed separatists.

The dispute is still unresolved. That's why both sides should take a look at a 2012 study (not available online in its entirety) on the consequences of arms transfers on civil wars. In "Selling to Both Sides: The Effects of Major Conventional Weapons Transfers on Civil War Severity and Duration" Matthew Moore of the University of Central Oklahoma examines the impact of major conventional arms transfers on 114 cases of civil war. 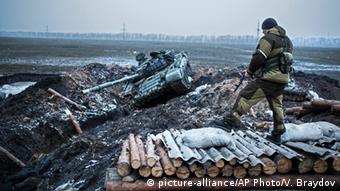 Approached by DW as to whether his study is applicable to the current conflict in Ukraine, Moore said via email: "I think the findings can apply to the notion of providing arms to both the Ukrainian government and the "rebels" in the Eastern provinces."

Moore's lesson from his study for the debate over sending arms to Ukraine: "Providing weapons to the Ukrainian government would only prolong the conflict in the hopes of bringing Russia to the bargaining table."

Policy makers need to be clear-eyed about what arms transfers are supposed to achieve, urged Moore. "If the policy is designed to keep Russian forces from making further advances, it may accomplish that goal but at the expense of additional casualties (and likely prolonging the conflict). If the goal is to end the conflict, that is also unlikely."

The findings of the study concur with the skeptical view towards supplying lethal arms exhibited by leading American Russia scholars. 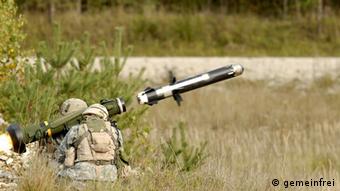 "It is true that Russia probably wants to limit costs in Ukraine to some extent," Olga Oliker, director of the Center for Russia and Eurasia at the Rand Corporation told DW via email on possible consequences of supplying arms to Ukraine. "It is also true that it could send much more firepower there than it has to date."

For Oliker the most worrying aspect of the current debate is that it tends to ignore the fact that any military aid would not be available immediately and that the new equipment would require training before it can be used. "So in the lag between a decision to send such systems and their becoming something Ukraine's armed forces can use, a lot can happen—including a push by Russian-backed separatists."

Her colleague Michael Kofman, a Russia expert at the Wilson Center, offers a sober assessment of the idea that arming Ukraine could be some kind of game changer, forcing Russian President Vladimir Putin to finally negotiate in earnest.

"US weapons can give them a defense edge, but this is simpleton thinking," he told DW via email. "Russia naturally would alter tactics, provide the separatists with a different set of capabilities, or completely alter the conflict dynamics - they are not fools. US weapons are far from magical as well, despite being lauded as having the ability to completely change Ukraine's fortunes in this war."

What's more, notes Cory Welt, associate director of the Institute for European, Russian and Eurasian Studies at George Washington University, supplying Kyiv with US arms might backfire, not just militarily, but also politically. 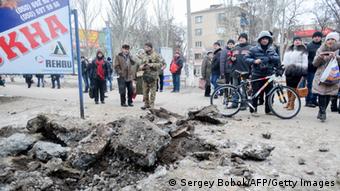 The Kremlin "could even get a domestic bounce on that basis," Welt told DW, "if the evening news is covered with Ukrainian soldiers using American-made Javelins." The Javelin is a US-made anti-tank missile currently under consideration to be supplied to Ukraine.

Summing it all up, the evidence on whether to provide lethal arms to Ukraine is clear, but may be hard to stomach for many in the West.

"The force on force mismatch is so extreme that it would only prolong the conflict and lead different sides to introduce different weapons in an escalation cycle that Ukraine will consistently lose," said Kofman. "As a consequence, any Minsk II agreement is likely to be less favorable for Ukraine than Minsk was, and Minsk III, which could follow another spring offensive, will be even less favorable."

"I see no path to peace and no likelihood of resolution if weapons are sent," he said.