Free trade between the EU and Russia could bring enormous benefits for both sides, a study by the Munich-based Ifo economic research institute suggests. Only, the Ukraine conflict still stands in the way. 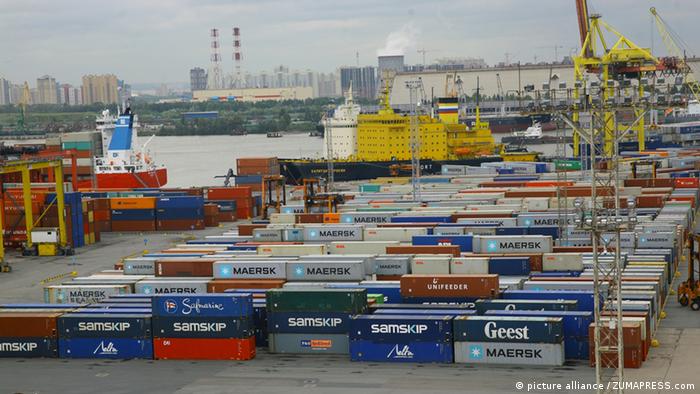 A free trade area for the European Union, Russia and other states would have economic advantages for all sides involved, according to model-based calculations by the Ifo research institute.

The study - released Monday and commissioned by the Bertelsmann Foundation – says a comprehensive agreement between the EU and the Eurasian Economic Community could lead to a 0.2-percent increase in real per capita income in the European Union.

"These income gains stem from the fact that the economic structures on all sides are highly complementary," said Gabriel Felbermayr, director of the Ifo Center for International Economics.

The study admits that a free trade agreement of this kind is barely conceivable as long as the Ukraine conflict remains unsettled and Western sanctions against Russia are in place.

Hoping for a better future

But in the long run, a free trade deal could see German exports grow by 31 billion euros ($32.9 billion) annually to be offset against negative trade diversion effects totaling 9 billion euros.

In turn, Russia's exports to the EU would increase by some 71 billion euros, the survey suggests.

As a result of sanctions related to the Ukraine conflict, German exports to Russia dropped by 26 percent in 2015 year on year, the German Foreign Office reported on its website. Russian shipments to Germany declined by 22 percent in 2015.

But the Foreign Office noted that, despite the current crisis, the bulk of the original pre-crisis 6,000 German companies operating in Russia had stayed in the country and were preparing for the economy to pick up again.