The European Court of Human Rights has upheld a German ban on a poster campaign that drew analogies between intensive farming and the Holocaust. A Berlin court ruled that the images trivialized Nazi atrocities. 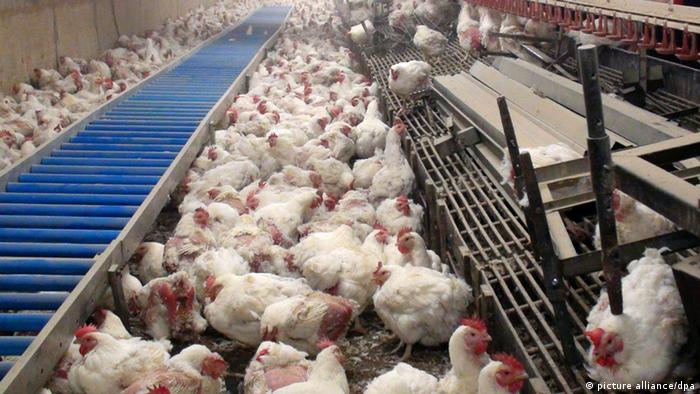 The Strasbourg court said on Thursday that a German ban on the use of images juxtaposing photographs of factory farming with those of Holocaust victims "had to be seen in the specific context of the German past."

People for the Ethical Treatment of animals (PETA) had complained to the court that it had been muzzled when it was made to cancel a 2004 advertising campaign in Germany.

The Central Council of Jews of Germany sought a court injunction at the time against the publication of the posters.

The campaign, entitled "the Holocaust on your plate," which had already been used in a campaign in the United States, featured images of concentration camp victims alongside those of animals in feedlots.

PETA used the imagery to protest against the conditions in livestock is kept, with large number of animals housed in pens, prior to slaughter.

A Berlin court ruled that this trivialized the fate of Holocaust victims, violating the ideals of human dignity set out in the German constitution, and the ban was granted.

But, while the court ruled that the ban did interfere with the freedom of expression of the activists, it said that the historic context made it understandable.

The decision was welcomed on Thursday by Central Council's president, Dieter Graumann. "To exploit the Holocause to protest against factory farming is absolutely disgusting and unacceptable," said Graumann.

The decision could still be appealed by PETA in the court's grand chamber.