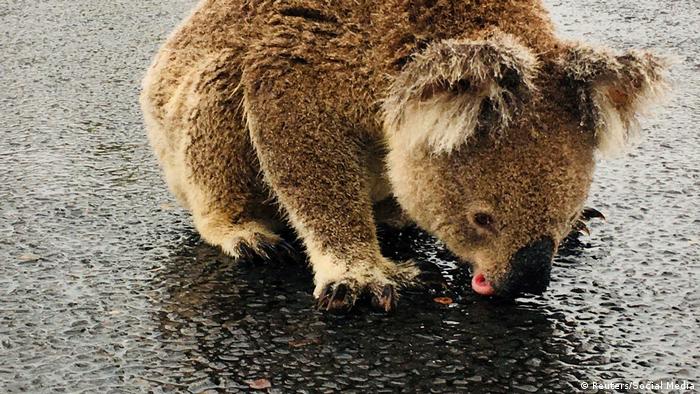 A koala licks rainwater off a road near Moree, New South Wales

Several major highways were cut off, while theme parks closed in southeastern Queensland after some of the heaviest rain in months fell in the state. Local media showed video footage of dozens of vehicles being swept away in flash flooding.

Standing water reached 330 millimeters (13 inches) in some areas and Australia's Bureau of Meteorology tweeted that over 100 millimeters of rain was expected to fall across the night and early Saturday morning in many other locations.

The Bureau of Meteorology for Queensland also told drivers to "take care on the roads — if it's flooded, forget it." 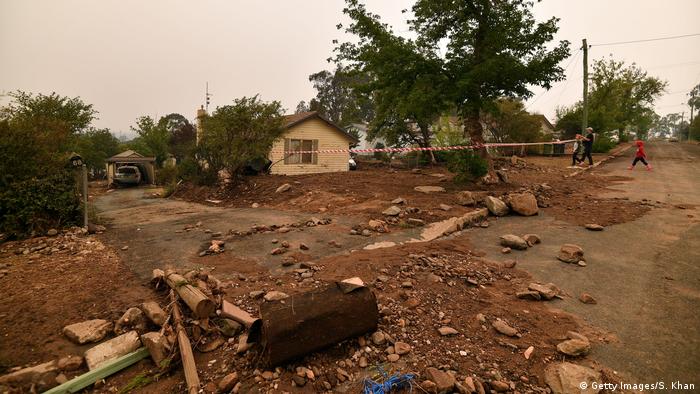 New South Wales, where 4.9 million hectares have been destroyed by fire, saw power cuts due to the heavy rainfall.

Firefighters in the southeastern state were hopeful the weather change would bring much-needed respite for areas where dozens of bushfires still raged.

The Rural Fire Service said Saturday it was continuing to make the most of benign conditions to fight "75 bushfires, of which 25 are still to be contained."

The fire service also noted that some parts of the state had yet to receive any moisture, particularly on the far south coast. 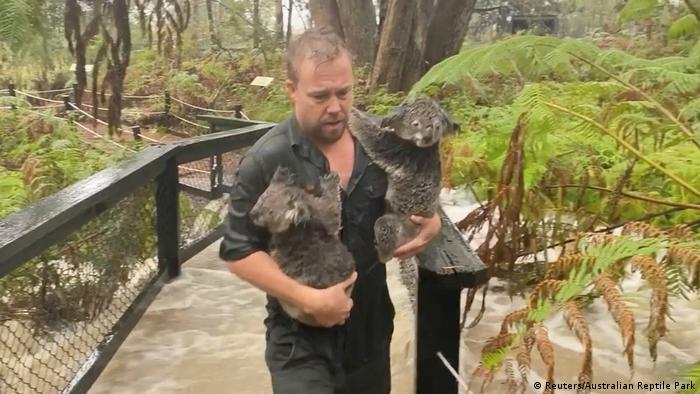 Less ferocious storms were forecast for Victoria, which has already been hit this week by severe storms and unhealthy smoke from the bushfires.

Across NSW, Victoria, Queensland, South Australia, Western Australia and Tasmania a total of 8.4 million hectares have been destroyed by the fires.

2019 was second-hottest year in recorded history

The southeast of the country has some welcome relief thanks to the weather. Bushfires have wreaked havoc in recent weeks and the prime minister has promised substantial funds to help the region recover. (06.01.2020)

Thunderstorms have dumped much-needed rain on bushfires but may cause other problems. More rain is forecast across parts of eastern Australia over the weekend. (17.01.2020)