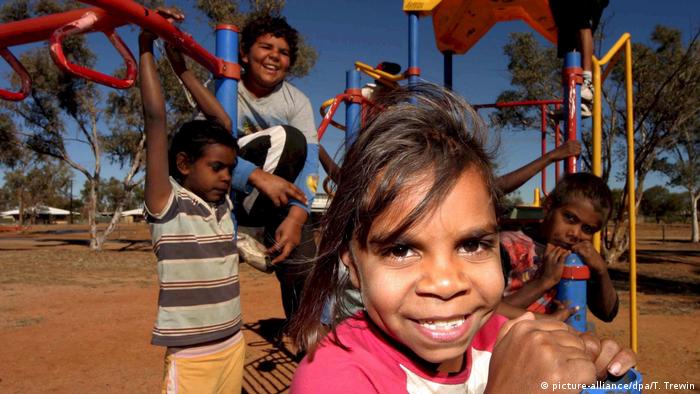 Some 800 Indigenous Australians and their descendants, who were forcibly removed from their families as children, are suing the government in a class action launched Wednesday seeking compensation for the injustice.

The children of thousands of Aboriginal and Torres Strait Islanders are now known as the Stolen Generations.  Until the 1970s, assimilation policies allowed children to be taken from their homes and put in foster care with white families.

It is the first class action of its kind in the Northern Territory (NT), home to about 250,000 people — almost one-third of whom are Indigenous. Stolen Generations survivors there have never been compensated.

"It's impossible to improve the future without acknowledging the past," Tristan Gaven, counsel at Shine Lawyers, the legal firm that filed the class action, said on Wednesday.

In 2008, Australian Prime Minister Kevin Rudd apologized to the Aboriginal community for the policy of forcibly removing Indigenous children. At the time, he said: "The injustices of the past must never happen again."

The statement was meant as a symbolic end to a shameful part of Australia's history where thousands of "half-caste" children were abducted.

In 1927, Northern Territory Chief Protector of Aborigines Cecil Cook said, "Everything necessary (must be done) to convert the half-caste into a white citizen."

The removals were conducted in the early 19th century, although in some places mixed-race children were still being taken away into the 1970s.

Heather Alley, 84, said she was forcibly removed from her mother in the NT at 9 years old. Alley said the experience left her "broken for many years."

"They've wiped away entire generations like they never existed," she said. "I joined this class action because I believe our stories have to be told."

Today some speak of a second Stolen Generation, as there has been a steady increase in the numbers of Aboriginal children removed from their families and placed in out-of-home care, government data found in 2018.

In 2008, 281 Aboriginal children were in out-of-home care across the Northern Territory. By 2018, that number jumped to 948. The number of non-indigenous children removed from families held steady over the same period, hovering at about 115 children annually.

Lawyers say they are confident of securing a payout

Gaven said the class action filed on Wednesday could be just the start, with thousands more believed eligible to join the lawsuit.

While other Australian states have set up redress schemes for Indigenous members of the "Stolen Generations," the federal government, which had legal responsibility for the Territory when the removals took place, has not followed suit.

It even has previously opposed paying compensation, saying last year that there was no established legal obligation for it to do so.

"The Commonwealth was responsible for tearing apart Indigenous families in the Territory, and it's up to the Commonwealth to make amends," Gaven said.

The lawsuit is funded by Litigation Lending Services, which also backed an action by Indigenous Australians over unpaid wages in neighboring Queensland state that was resolved in 2019.

How much they sought remains unknown, as Shine Lawyers said the amount was yet to be determined — but, if successful, the lender was expected to receive a 20% commission.

The case is scheduled for an initial court hearing in June.

Indigenous Australians are suffering from rising levels of imprisonment, substance abuse and illness, a report says. The hospitalization rate for self-harm has grown by 56 percent in the last decade.

Ten years after setting an ambitious goal to close the gap between indigenous and non-indigenous Australians, the government is failing to meet more than half its targets. A lack of funding has been blamed.