From "Jaws" to "Schindler's List" and most recently "West Side Story," the Hollywood titan shines in all film genres. And he's still helming ambitious projects. 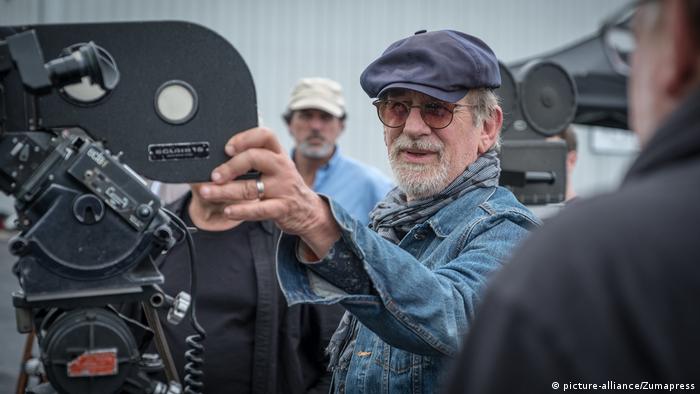 "I dream for a living." The Steven Spielberg quote appears next to a large black-and-white picture of him smiling on the website of his production company, Amblin.

Judging from the career of the 75-year-old American film director, producer and screenwriter, he appears to be living his dream too. And he's taken generations of film fans along for the ride. 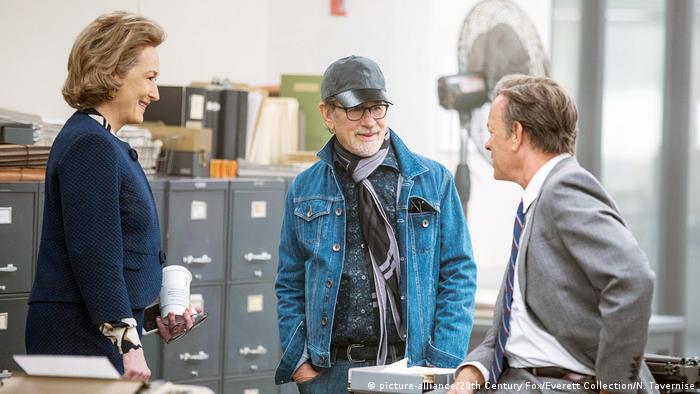 Born on December 18, 1946, in Cincinnati, Ohio, Steven Allen Spielberg moved several times while growing up, spending part of his youth in Arizona and most of his working life in the mecca of moviemaking, California.

Given his Orthodox Jewish heritage, he grew up listening to stories of how some of his ancestors had perished in the Holocaust. A victim of antisemitic bullying at school, he has admitted to having had issues with his Jewish roots. Decades later, his catharsis came in directing the harrowing Holocaust film "Schindler's List," which would earn him his first Academy Award for best director.

Joining the Boy Scouts aged 12, and wanting to obtain a photography merit badge, he had used his father's 8 mm movie camera and submitted a nine-minute film titled "The Last Gunfight." There was no stopping the amateur filmmaker thereafter, who has cited 1962's "Lawrence of Arabia" as "the film that set me on my journey."

That journey began with him becoming one of the youngest television directors for Universal in the late 1960s, with his first made-for-TV film entitled "Duel" in 1971 receiving generally positive reviews.

In 1974, Spielberg made his debut in a theatrical film, "The Sugarland Express," based on a true story about a married couple on the run and desperate to regain custody of their baby from state-mandated foster parents.

It would also mark the start of a decades-long collaboration with prolific composer John Williams, who composed the scores for all but five of Spielberg's films.

But it would be a mechanical shark that sometimes failed to function that would seal his reputation as a filmmaker who could draw the crowds and rake the dollars — breaking box office records at the time.

There was no stopping Spielberg thereafter. His films — often featuring children or adults from fractured middle-class families or ordinary people doing extraordinary things — evoke a gamut of emotions.

He stoked our primal fears with "Jaws" or "War of the Worlds" (2005); brought out our inner child through "E.T." (1982) and "The Adventures of Tintin" (2011); made us consider worlds beyond ours in "Close Encounters of the Third Kind" (1977), kept us riveted by the derring-do of his famed archaeologist Indiana Jones in "Raiders of the Lost Ark" (1981) or rooting for journalists unearthing uncomfortable truths in "The Post" (2017). We watched agog as long-extinct predators were resurrected and roamed the earth again in " Jurassic Park " (1993), and in horror at the violence of war in "Saving Private Ryan" (1998), which earned him his second Academy Award for best director.

These are but a selection of the films he has directed. The mind boggles at everything else he's produced or written, giving the impression he's covered every genre in the filmmaking book.

Through his production house Amblin Entertainment, which he founded in 1981, he produced hits like "Gremlins," the "Back to the Future" trilogy, "Who framed Roger Rabbit," the "Men in Black" series or "Flags of Our Fathers."

And then with Dreamworks SKG, which he formed in 1994 with Jeffrey Katzenberg and David Geffen, we were treated to groundbreaking animated films such as "Antz" (1998) and the wildly successful "Shrek" franchise. They however sold their company to Viacom in 2005 for $1.6 billion.

Spielberg will now enter the realm of streaming services too, his company Amblin Partners having signed in June 2021 a deal with Netflix to produce multiple films a year for the streaming giant. 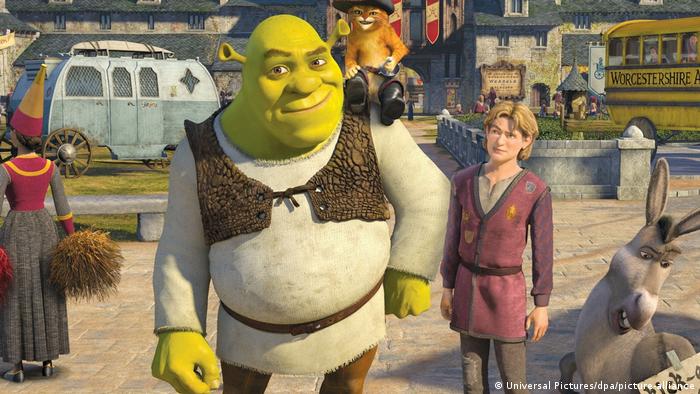 A journey through genres

Having covered almost all genres from action-adventure, sci-fi fantasy, horror, historical drama, animation, and most recently musicals through "West Side Story," he was recently asked during an interview with Yahoo if there's any genre, he'd like to tackle next.

"I was asked that question over the last 40 years of my career, if not longer, and I always said a musical was the one thing I haven't done," replied the director who also once wanted to do a James Bond film.

"The thing I neglected to say, which I've never done, and the one genre that I haven't really tackled yet, is the Western. So, who knows, maybe I'll be putting on spurs someday, who knows?"

Meanwhile, a fifth "Indiana Jones" is on the cards, as well as a semi-autobiographical coming-of-age drama called "The Fabelmans."

And dinosaur fans can rejoice: "Jurassic World: Dominion" is scheduled for release in summer 2022.

Twenty-five years after its theatrical release, Steven Spielberg's Oscar-winning epic about Oskar Schindler and his rescue of over 1,100 Jews returns to cinemas. But the multi award-winning film still stirs controversy.

Even though its narrative deals with the Pentagon Papers, which revealed secret details of US actions during the Vietnam War, the 1970s scandal serves as an allegory of the current political climate.