Germany's foreign minister has called for a ceasefire in Ukraine. A goverment onslaught that began over the weekend continues to retake territory from separatists. 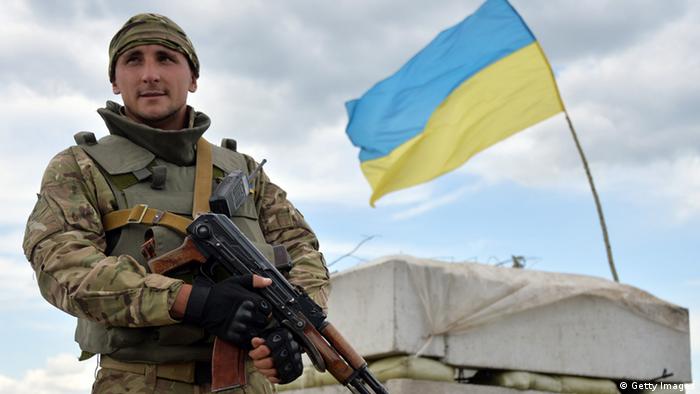 Continuing their efforts to bring an end to the conflict in Ukraine, on Monday German officials again urged the government and separatists to return to the negotiating table to discuss a ceasefire. Separatists in eastern Ukraine said Monday that attempts to blockade them in the cities of Donetsk and Luhansk would destroy any hopes for a political solution.

"A truce is an absolutely necessary step before even thinking of a political solution," German Foreign Minister Frank-Walter Steinmeier said in a statement on Monday.

Government forces claim to now have control of Slovyansk and nearby Kramatorsk, both located in the Donetsk region. The two cities have populations of fewer than 200,000 people. The conflict has claimed the lives of nearly 500 people and displaced tens of thousands across the economically vital east.

On Saturday, Ukrainian troops forced the rebels from Slovyansk in the government's first major military victory since fighting broke out in April. Last week, the government launched an all-out offensive with tanks, artillery and helicopter gunships.

"This is not a full victory," President Petro Poroshenko said over the weekend. "But the clearing out of people armed to the teeth from Slovyansk has huge symbolic importance. It is the beginning of the turning point in the battle with fighters for the territorial integrity of Ukraine."

Fighters from Slovyansk and other towns taken over by the Ukrainian army regrouped Sunday in Donetsk, a city of one million that separatists have declared the capital of their independent republic. They control the regional administration building and checkpoints on the city outskirts, and on Sunday thousands of supporters waving flags from Russia and the self-proclaimed independent Donetsk People's Republic welcomed them with cheers. The separatists have also faced little internal resistance from police forces or government officials, who have done nothing in recent months to hinder their free movement around the city.

Pavel Gubarev, the self-described governor of the separatist republic, has promised "real partisan war around the whole perimeter of Donetsk."