People around the world saw the moon turn a deep red as it went through the longest lunar eclipse of the 21st century. While some caught the "blood moon" in all its glory, others were left disappointed by cloudy weather. 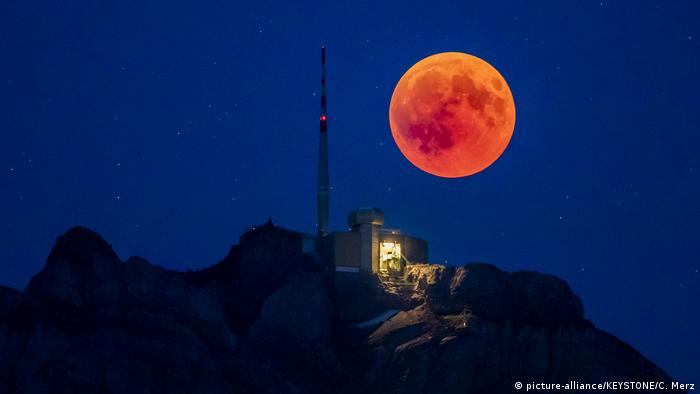 Thousands of people looked to the skies Friday evening in hopes of catching a glimpse of a complete lunar eclipse that created a so-called "blood moon."

During the eclipse "the moon usually turns a deep, dark red because it is illuminated by light that has passed through the Earth's atmosphere and has been bent back towards the moon by refraction," the British Royal Observatory said.

The fullest eclipse, at 2022 GMT, could be seen from Europe, Russia, Africa, the Middle East, much of Asia and Australia though clouds blocked the moon in some places.

Read more: Lunar mystique: How the moon has inspired art and culture

The total eclipse lasted 1 hour, 42 minutes and 57 seconds — the longest lunar eclipse of the 21st century — but a partial eclipse preceded and followed, with the moon spending a total of 3 hours and 54 minutes in the earth's cone-shaped shadow, according to NASA. 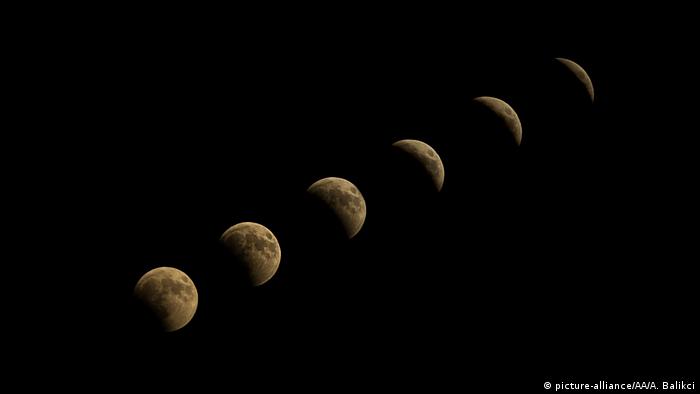 The lunar eclipse coincided with another special event — Mars being the closest it's been to earth in 15 years.

Mars appeared at its brightest as it traveled closest to Earth, 57.7 million kilometers (35.9 million miles) away, on its elliptical orbit around the sun.

If observers did see Mars, it would have appeared as an orange-red star close to the moon. 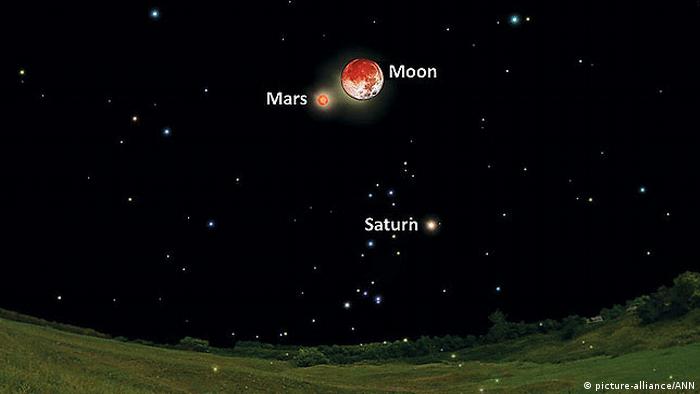 While some stargazers were able to get a front row seat to the lunar eclipse, others struggled to see it at all.

Other efforts were hampered by poor weather conditions, particularly in the UK with many Brits expressing their disappointment on Twitter as clouds set in.

The next lunar eclipse is set to take place from January 20-21 next year but will not be as long as this one.