Two German parliamentarians suspect that their phones were tapped by an intelligence agency, according to Der Spiegel. The allegations come amid a diplomatic row between Berlin and Washington over US espionage. 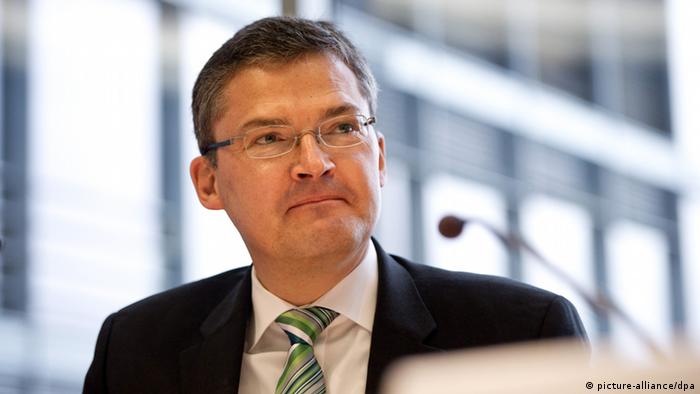 Bockhahn's close aides said that someone had remotely opened and rifled through text messages and emails on their cell phones. The compromised messages were related to Bockhahn's work last year on the parliamentary committee that oversees Germany's intelligence agencies.

The Left party politician said that high-ranking government officials told him to assume that he was the target of an intelligence operation. Bockhahn is a well-known critic of intelligence agencies in general and the US National Security Agency (NSA) in particular.

Kiesewetter currently serves on parliament's inquiry panel into allegations of NSA surveillance in Germany. He said that technicians had checked his phone and came to the conclusion that it had been tapped.

Inquiry chairman Patrick Sensburg said that it would be "sensible" for panel members to have their cell phones checked by the Federal Office for Information Security.

Tensions between Washington and Berlin over US espionage activities in Germany came to a head on Thursday, when Berlin asked the CIA station chief to leave the country, a diplomatic slap normally reserved for adversaries. The move came in response to the discovery of two alleged US spies in the German government.

The tabloid Bild am Sonntag newspaper, citing US intelligence sources, has reported that the CIA has recruited more than a dozen spies in the German government. The defense, development, economics, and interior ministries have reportedly been infiltrated.

On July 2, German authorities detained an employee of the BND on suspicion of espionage. The suspect admitted to spying for the US. He allegedly sold 200 documents to the CIA for 25,000 euros (34,000).

Subsequently, investigators questioned an employee of the Defense Ministry on suspicion that he was also spying for the US. The suspect has denied the allegations.

In an interview with public broadcaster ZDF on Sunday, Chancellor Angela Merkel said that the US and Germany have "fundamentally different views" on how intelligence agencies should operate. She said that partners should not spy on each other.

After meeting with US Secretary of State John Kerry in Vienna on Sunday, German Foreign Minister Frank-Walter Steinmeier said that despite recent strains in bilateral ties, Berlin wanted to renew its friendship with Washington based on mutual trust and respect.