Brahim Ghali traveled to Spain in April to seek medical treatment, angering Morocco. Madrid has informed Rabat that the independence fighter is planning on leaving the country. 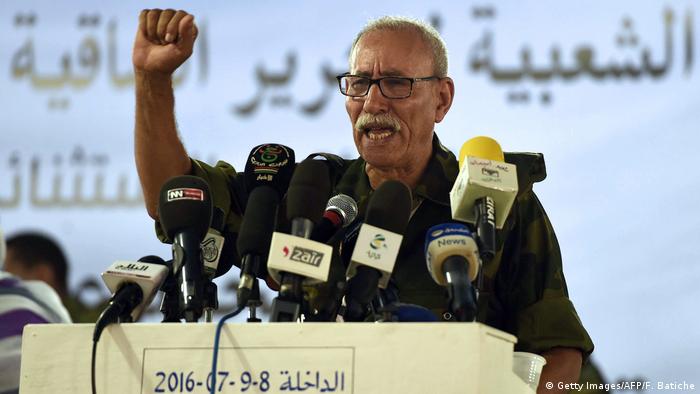 Ghali, seen here in 2016, has been receiving medical treament in a clinic north of Bilbao, leading to strained ties between Spain and Morocco.

A Spanish court on Tuesday refused to send Western Sahara independence leader Brahim Ghali to jail, dismissing a request to detain him in a war crimes case for lack of evidence.

The Spanish foreign ministry later said that Ghali was planning on leaving the country on Tuesday evening, flying in a civilian plane from Pamplona airport.

The Polisario Front leader, who had been hospitalized in the Spanish city of Logrono since April 18 to be treated for coronavirus, appeared via video link before the court in Madrid earlier in the day.

Prosecutors alleged he is responsible for genocide, murder, terrorism, torture and disappearances.

But Ghali denied the charges and judges decided to rule in his favor, rebuffing a request that he should be taken into custody.

"The prosecution report has not provided elements of evidence supporting the existence of reasons to believe he is responsible of any crime," a court document said.

Tuesday’s court proceedings were a preliminary hearing, the first step toward a potential trial.

Prosecution lawyer Mariana Delmas argued that Ghali should be arrested to stop him leaving the country, but judges ruled that he would not be a flight risk.

The Spanish government said that it had notified Morocco of Ghali's planned departure through diplomatic channels, saying that he had left using the same documentation with which he had first entered Spain.

What has happened to ties between Spain and Morocco?

Ghali's presence in Spain led to strained ties Morocco, which claims sovereignty over Western Sahara and accuses the Polisario Front leader of being a war criminal.

Last month, Moroccan authorities appeared to relax border controls with the Spanish enclave of Ceuta, resulting in a sudden influx of migrants and a diplomatic spat that saw the Moroccan ambassador to Spain briefly recalled.

Spain, in turn, accused Morocco of "blackmail", describing as "unacceptable" the use of minors "as an instrument to breach Spain's territorial borders".

Ghali's Algeria-backed Polisario Front is fighting for the independence of the Western Sahara, a former Spanish colony.

Madrid insists he was only allowed into Spain as a humanitarian gesture for medical reasons.

Spanish government spokeswoman Maria Jesus Montero had said that Ghali, who travels on an Algerian diplomatic passport, would be expected to leave the country once he fully recovers.

Spanish authorities remained alert in case of any further problems on border, she added. 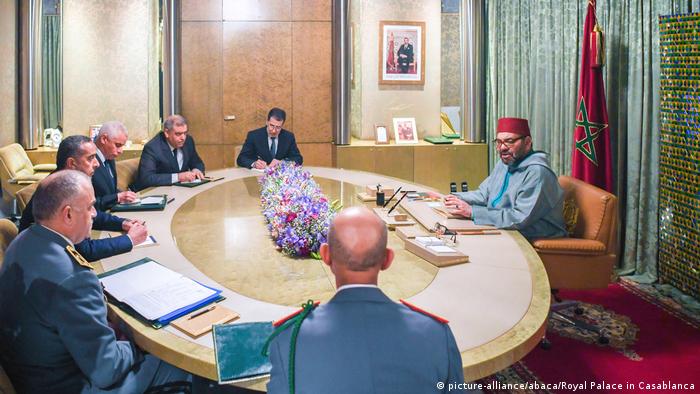 Morocco vows to get tougher on illegal migration

Meanwhile, King Mohammed VI told Morocco's government on Tuesday to take back all unaccompanied but identified Moroccan children who are in the EU illegally.

The move appeared to be a direct response to Spanish media reports that Morocco had failed to stick to a series of migration pacts struck with Madrid.

But Rabat hit back on Tuesday saying the issue was being used to divert attention away from what it called the "real causes of the current political crisis with Spain", referring to Madrid's position on Western Sahara.

Morocco recalled its ambassador to Germany last month over what Rabat saw as its "negative stance" on the issue.

Western Sahara, a desert territory of 266,000 square kilometers located north of Mauritania, is claimed by the Polisario Front.

The group wants a referendum on self-determination, while Morocco is proposing autonomy under its sovereignty.